That Damn Michael Che dropped on HBO (Max) in May 2021 and I recently took a couple of nights to burn through the short six-episode first season. I’m not an SNL fan so I am probably a little uninitiated into Michael Che’s comedic stylings. That is to say, I wasn’t familiar with his comedy at all. So I jumped into season 1 without expectations or preconceptions.

The six episodes of season 1 run about 20-25 minutes long and are an easy watch. That Damn Michael Che is a traditional sketch comedy show with some twists. The episodes consist of individual sketches, but there is an underlying theme to each. For example, one episode focuses on Che being dumped by his girlfriend. Skits interject the primary sketch of the episode Michael Che and his soon-to-be ex-girlfriend breaking up in a restaurant.

Who is Michael Che? 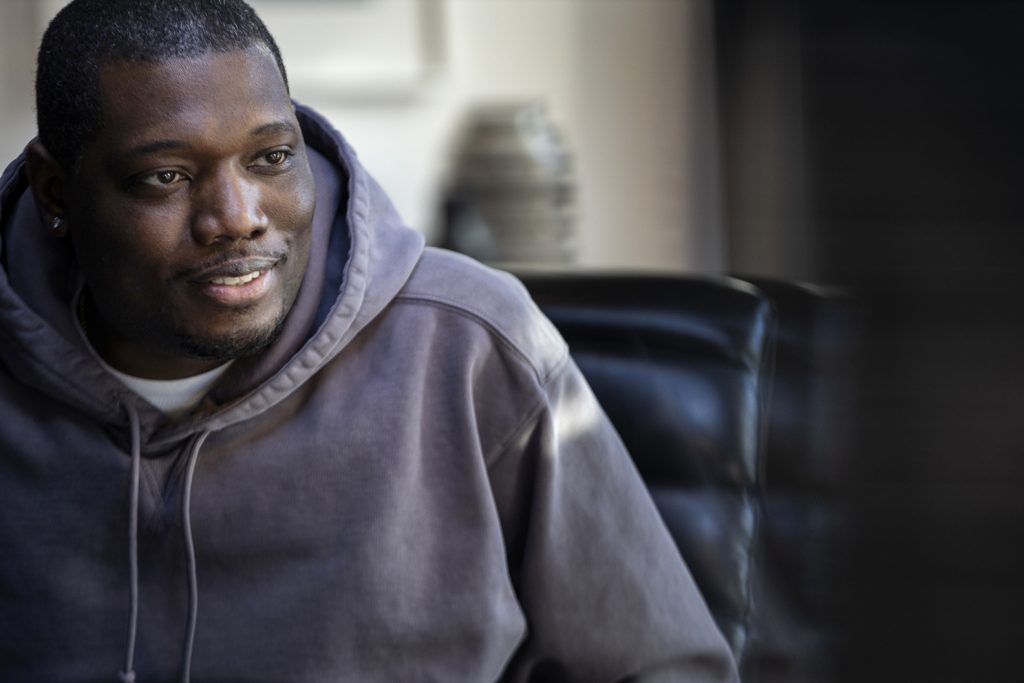 Michael Che is a New York City native who became a writer for SNL in 2013. On the show, he would regularly appear in the ‘Weekend Update’ segment and other sketches. His connections to SNL are still intact. Saturday Night Live’s creator Lorne Michaels serves as the executive producer of That Damn Michael Che.

Che’s brand of comedy is probably not for everyone. However, his low-key aloof nature as he drops knowledge bombs is witty and intelligent. His demeanor is more humble than a Chris Rock or Kevin Hart in their primes. His brand of humility mixed with his “who me?” delivery when dropping controversial jokes is bound to make some viewers squirm. But that’s a good thing in a world of comedy that has become stale and milquetoast.

Michael Che is joined by a cast of regulars including Cecily Strong, Heidi Gardner, Colin Quinn, Ellen Cleghorne, and Colin Jost. I was especially pleased to see Colin Quinn in the mix who in my opinion is one of the best and most underappreciated comedy writers of all time. The show’s writers make frequent appearances as Che’s friends (Reggie Conquest) throughout the season as well.

The first episode of the season is named Policin’. Che is no stranger to taking on controversial topics in a fresh way. This episode focuses on police brutality and overzealous white allies in the Black Lives Matter cause. Che ends up trapped in an elevator with a white woman who is all too eager to speak to him about police brutality issues. This is the central sketch of the episode. A hilarious remix of Smokey Robinson’s forgettable anti-gang song Bangin’ called Policin’ closes out the episode.

Episode 2 is where Che gets dumped at the restaurant below his apartment building. His girlfriend Grace points out the reasons for his breaking up, including Michael’s self-centered nature. Michael adjourns to the restroom to think about how to respond, as the show jumps into a Family Feud style skit of Che and his crew battling Grace and her “insta-hoes”.

Che also has a “very special episode” where his friend Dudley gets shot. The only problem is Dudley isn’t trying to drop $8,000 on an ambulance ride. They try to get an Uber but end up on the subway where a naked homeless man confronts them about not wearing a mask during a pandemic. This episode also features a slick doctor played by Wu-Tang Clan’s Method Man, who scoffs at Che who is expecting a prostate exam from him. 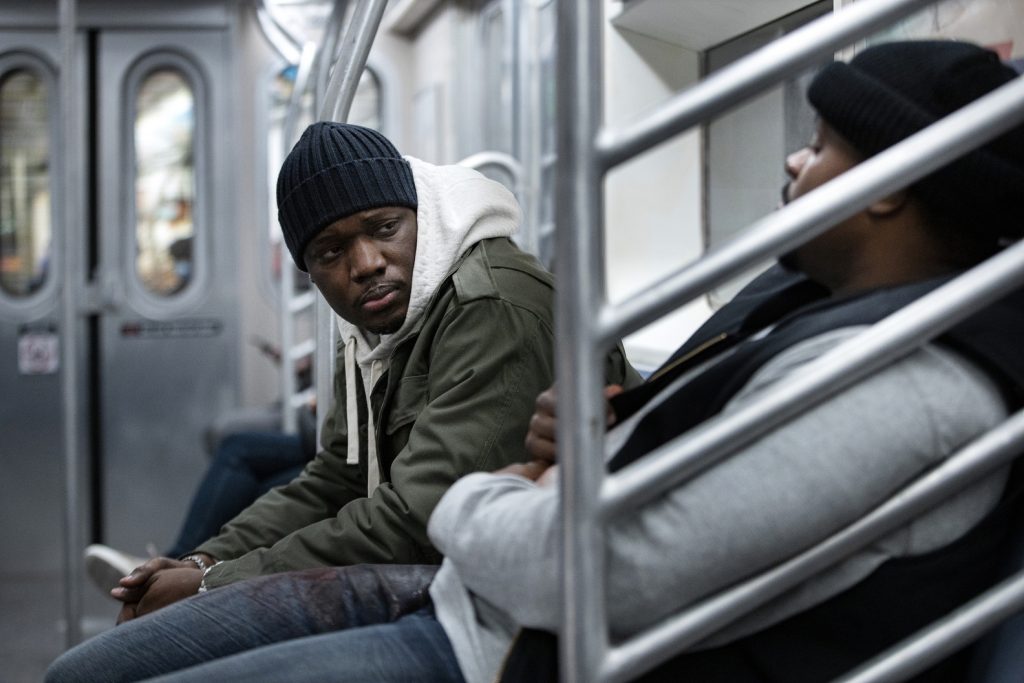 While all episodes were strong and Micahel’s stoic comedic delivery can’t be rivaled, the season finale is really the belly-laugh crown jewel. The part that had me burst out laugh was Kenny trying to prepare himself for an “examination” by a young female nurse. This skit ties in with the final sketch of the show and is brilliant. The show also includes Michael Che giving a priest played by Colin Quinn, as he tries to clear his conscience prior to performing at Madison Square Garden.

That Damn Michael Che is on Point 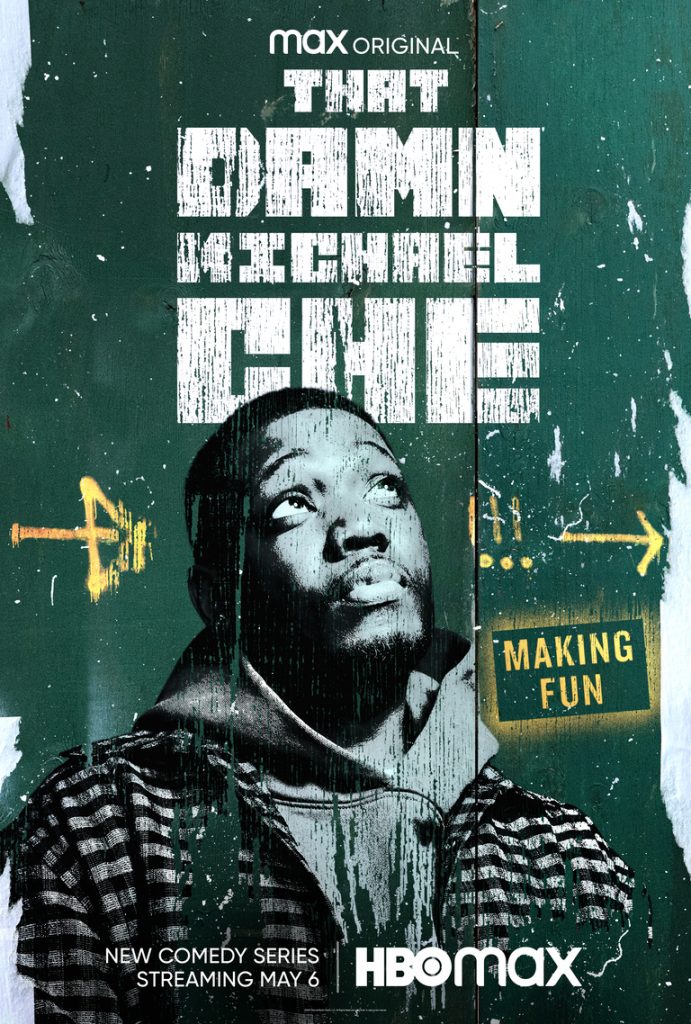 While I had no familiarity with Michael Che prior to watching this season, I came away wanting to see more. The comedy was unique, original, and most importantly triggered a few “belly laughs” while I watched. The 38-year old Che is certainly a veteran at writing comedy. The content is well-developed and executed. My only complaint is the season is way too short. It will be interesting to see if he can work his way into the conversation of great comedians with sketch shows like Dave Chappelle.

That Damn Michael Che is worth your time, Blaze a blunt, burn through the season in a night, and enjoy.