Everything Everywhere All at Once – Loud’s Best Movie of 2022

Everything Everywhere All at Once is an absurd yet intelligent dramedy with a hint of sci-fi, fantasy, action, pinatas, and hot-dog fingers. If that doesn’t help, you can refer to it as Loud News Net’s best movie of 2022. Spoilers ahead.

The film stars Michelle Yeoh (Crouching Tiger, Hidden Dragon) and former Indiana Jones Temple of Doom sidekick, Ke Huy Quan (Short Round). Both slay this role as they navigate the multi-verse only to return to a simple dichotomy: There is meaning to life or there isn’t.

This Machiavellian premise is a running theme underneath all the fantastic film editing and visual effects. The A24 film is written and directed by “The Daniels” (Daniel Kwan and Daniel Scheinert). These guys are known for their absurdist films, but Everything Everywhere All at Once is more than just a bunch of funny moments, special effects, and provocatively shaped Auditor of the Year awards.

The film follows the Wang family as they struggle to make ends meet as they manage a crowded laundromat. Evelyn’s Quan Wang and Waymond Wang decided to get married at a younger age against her father’s wishes. They move to a city, purchase a dusty laundromat, and have a daughter, Joy. Now as Evelyn reflects on what could have been, she struggles to connect with her daughter. She is also estranged from her husband and views him as a goofy loser. She chooses to control Joy with an iron fist out of fear of losing her and becomes more distant from Waymond by the day. 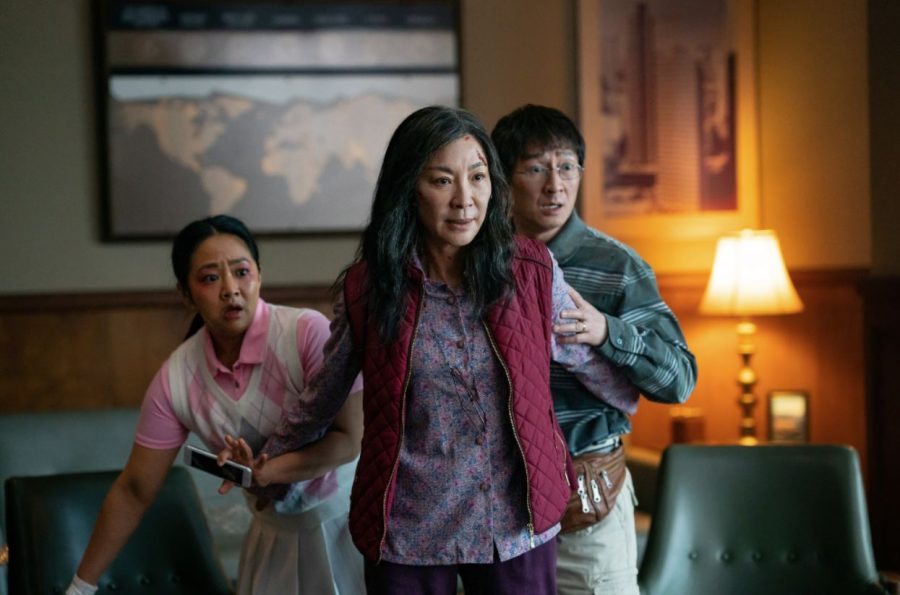 The Wangs end up being audited by the IRS early in the movie and that is where the excitement begins. The next two hours are filled with “verse jumping”, costumes, and Racacoonie. In one area of the multiverse, Evelyn is in a serious relationship with the woman who was just auditing them (played by Jamie Lee Curtis). This isn’t unusual at all, except for the fact that in this universe people have hot dogs for fingers.

In the end, it is a battle to save their daughter, Joy, from the joyless future of nihilism. The only choice Evelyn has to make is to fight out of fear, or finally understand Waymond is not a wimp, but a true warrior who fights with love.

In the era of mostly comic-book movies, this film is refreshing as an original concept and story. That alone helps vault it ahead of many Marvel offerings this year. However, Everything Everywhere All at Once is certainly not short of action and excitement. It seems as if much of the visual amazement, is created by slick editing and fantastic writing rather than an overdose of CGI.

Sure the film has moments that might make some viewers question the film altogether. For example, when verse jumping characters need to perform an entirely random act to navigate to the appropriate universe. This makes for some absurdity when those random acts involve the aforementioned Auditor of the Year trophy.

Our Favorite Universes in Everything Everywhere All at Once

In a spin on Ratatouille, Evelyn is a struggling hibachi chef. A coworker who is working wonders on the hibachi grill is getting all the accolades. After becoming frustrated with him, she ends up exposing him for what he is: a fraud who can only cook because an expert chef raccoon is helping him. Yea, you have to see it.

Everyone has hot dog fingers. Evelyn has a romantic relationship with the IRS auditor in this verse. The lankiness of the Oscar Meyer digits makes the scene incredibly hilarious. However, it’s problematic for base verse Evelyn as she struggles to open doors with the hot-dog hands. 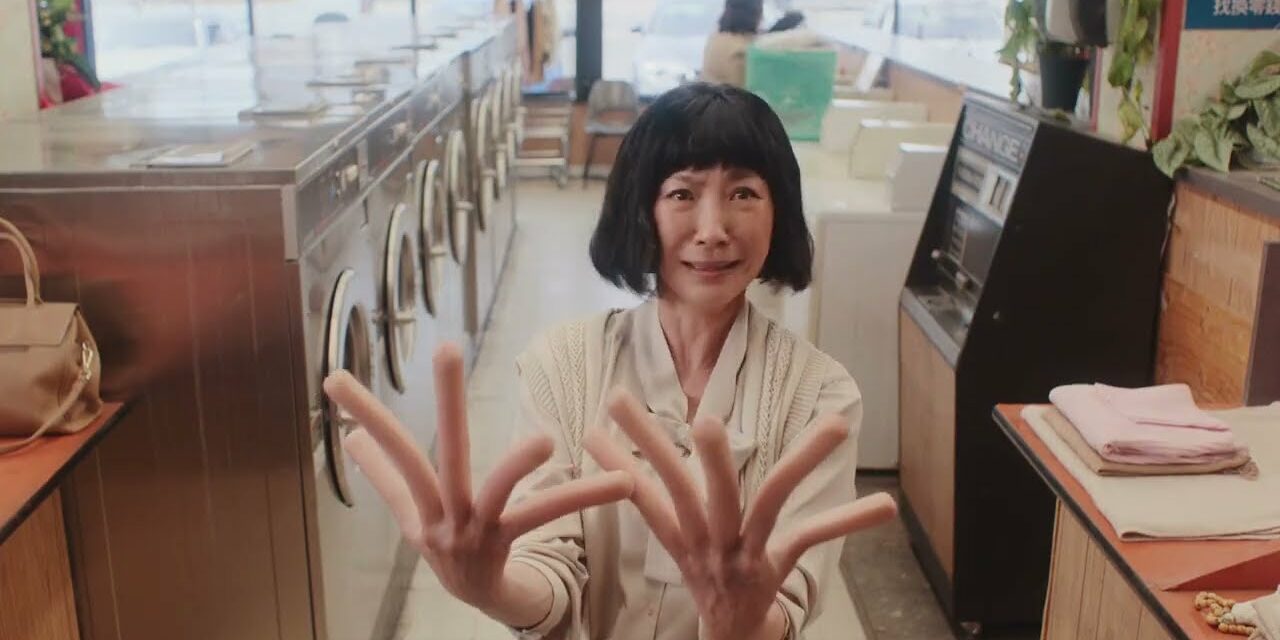 In this universe Joy and Evelyn are rocks. The dialogue is presented through subtitles in a clairvoyant form of rock communication, since rocks don’t speak, of course. 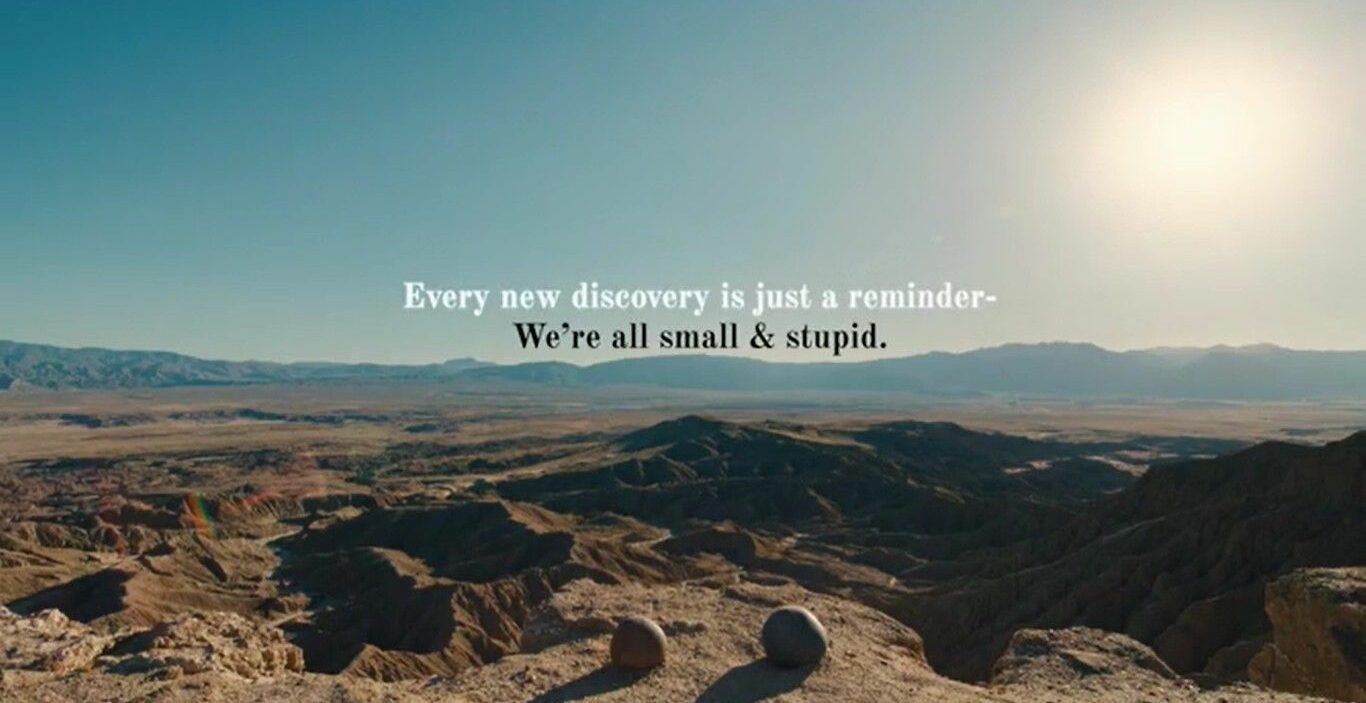 Everything Everywhere All at Once is a visually fun movie to watch with profound themes. Although some might lose sight of the core themes underneath some of the absurdity, it’s a film that pushes the envelope to deliver across many different angles. 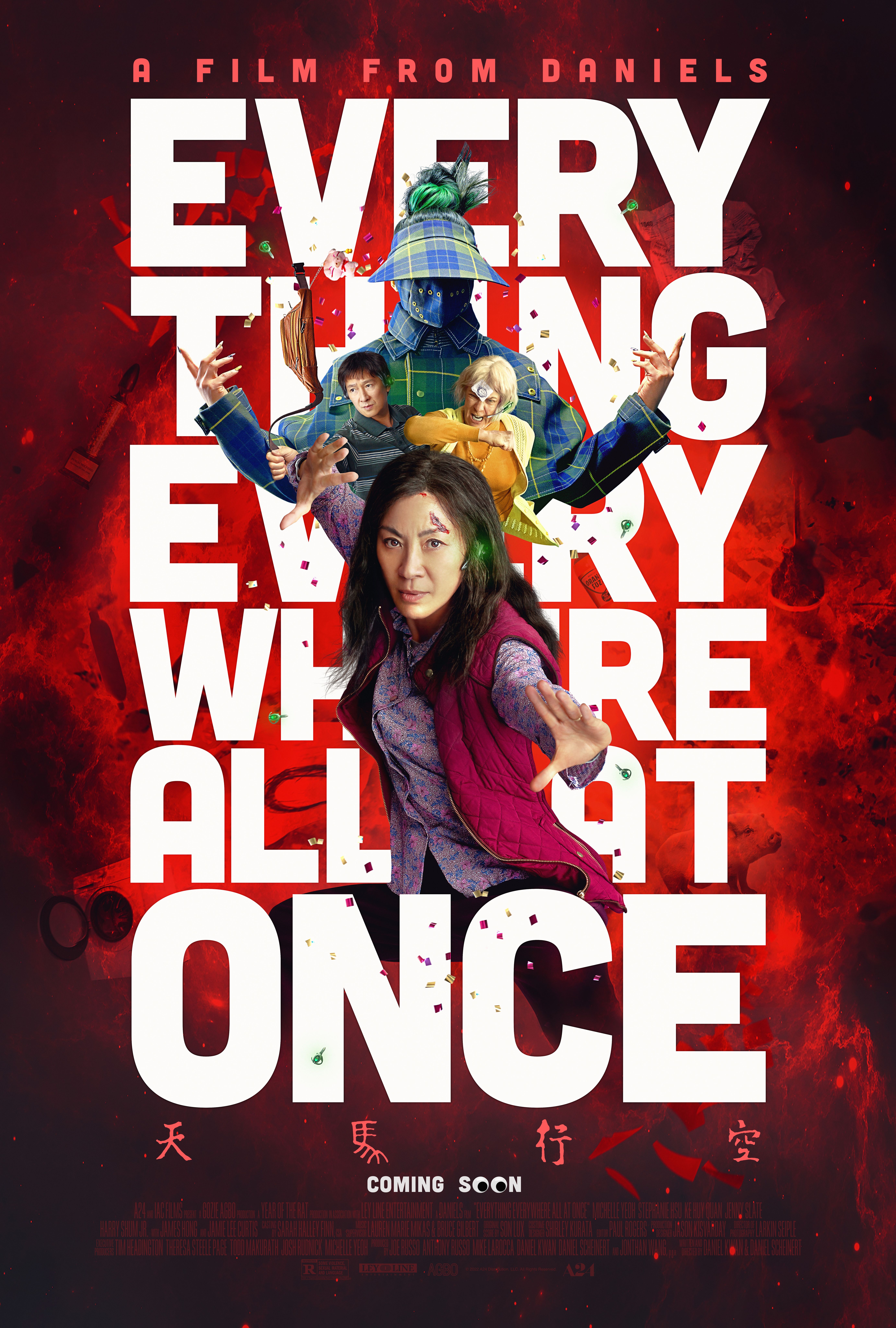