My fiance just had her 30th birthday (yeeeah, we’re old), and being the dope boyfriend that I am, I splurged a bit and got her Nintendo’s new Switch OLED. I’ve been a Playstation fanboy for so many years, but my PS4 recently shit out on me. So this is my first Nintendo system probably since the 64, and I’ve got to say – I’m really impressed.

I imagine a lot of original Switch owners are curious about whether the Switch OLED is worth the upgrade, and non-Switch owners are probably wondering what all the hype is about. I’m going to address all of this by comparing all of the switch models and give you my experience so far with buying and playing the new Switch OLED.

We’ve got a lot to cover, so let’s dive right in!

The Switch vs. Lite vs. OLED 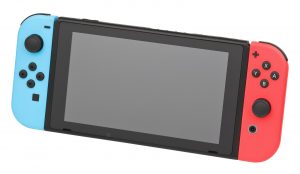 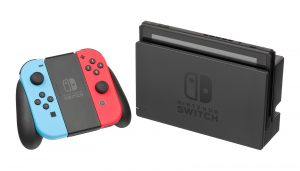 So let’s start out with the original Switch – released in 2017 and usually running you $299, it is basically a tablet (instead of a larger desktop system like the PS4 or Xbox One) that can either be docked to display on a television or used handheld using wireless “Joy-Con” controllers. Now it doesn’t sound that impressive, because you can theoretically play games on an IPad or a tablet (which is kind of lame), but don’t let it’s small stature fool you – the Switch does have a very impressive library of games that sometimes rivals the Playstation or Xbox systems and is far more than just something used to play apps. It’s notable that it is not as powerful as the PS4 and Xbox One, but Nintendo is very much ahead of the curb on its handheld capabilities and its impressive, innovative, and small design. It’s far easier to handle than the other systems on the market and being able to play your favorite games on the go is something the other companies just haven’t been able to get right.

Then came the Switch Lite released in 2019 which is exactly as it sounds – it’s simply a lighter version of the original. Costing a buck less than the original at $199, the LITE has a screen that is half an inch smaller than the originals and is designed to function solely as a handheld device. It does not have the ability to plug into a TV and the Joy-Con controllers are built into the body of the LITE making it one single unit. 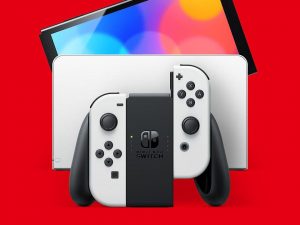 And here were, 2021 and the new Switch OLED is here, but…. it kind of looks a lot like the original right? To be honest, similar to the LITE, there just isn’t that many differences. But just like the LITE, the differences that do exist are kind of cool and definitely worth giving a look. For starters, the price tag isn’t a significant jump – only a $50 difference from the original coming in at $349. The biggest difference is the new OLED screen. OLED (or organic light-emitting diode) is the latest display technology that produces some of the best picture quality money can buy, so kudos to Nintendo for being able to implement an OLED screen into the Switch design and still being able to keep it affordable.

Another positive addition is the stand design on the back of the tablet that actually works pretty well. And the internal audio from the system when playing in handheld mode has been improved. This model also has 64 GB built-in storage and a LAN port has been added to the dock for local and faster-wired capabilities. While these seem like minor changes, they have definitely welcomed ones, but is it actually worth upgrading from one of the other Switches?

To Upgrade, or Not to Upgrade

So the question is whether it is worth upgrading from the previous Switch models and the answer is….. it depends. If you are someone that is a hybrid gamer with your switch – meaning you enjoy and use the handheld mode capabilities just as much as you do the docked mode, then it may very well be worth the upgrade. The OLED screen is absolutely beautiful and brings games to life, almost like buying a new TV. But the hardware of the original and the OLED are pretty much the same, with the exception of the larger disk space and the screen.

This is why upon its release fans were a bit annoyed with Nintendo when the Switch OLED was announced – the project had been shrouded in secrecy for some time, leading many to speculate that a new generation version of the Switch was on the way. So when the OLED was revealed as not much of a change, people were pretty annoyed and I believe rightfully so. But, again, there is a market that I’m sure appreciates the OLED, it’s just a bit of a tease.

My Experience With the Switch OLED 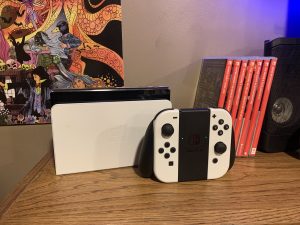 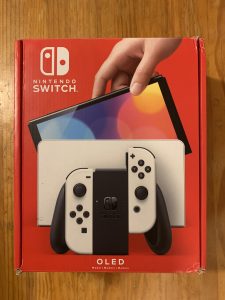 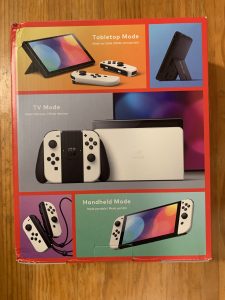 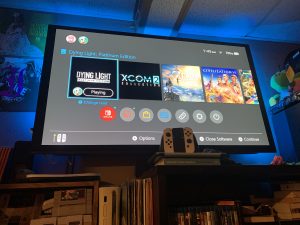 It’s been a few weeks now and overall, I dig the Switch OLED. While you might be giving up the power and many bells and whistles that a system like the PS4 may possess, the Switch honestly does a good job of holding its own. Games run smoothly and, like I said, the OLED screen is beautiful.

I’ve been apprehensive about buying a Nintendo system for years now. To me, Nintendo is like the Disney of the gaming world, and their product line just has a tendency to appeal more to those with families and children. The majority of their systems’ exclusive content tends to be marketed to that audience and, as lame as it sounds, I just need me some adult-driven content. I’m not a Pokemon fanatic and the Mario games bore the hell out of me these days.

So when I was shopping around for the Switch OLED (which I had to buy on eBay because they are currently sold out everywhere) I was also shopping for a small selection of games to go with it, and I was surprised to find out that their catalog isn’t just for kids. I was able to get games like Dying Light: Platinum Edition, Dead By Daylight, Xcom 2, and Wasteland 2 Director’s Cut. And I have to admit that I’ve been getting back into games like The Legend of Zelda and Super Mario World, which I really haven’t played much since I was a kid.

There are a few downsides to the system that should be taken into account:

Even with the few grips that I have, most of it is pretty forgiven. Nintendo has done what it always does best – they’ve created something very different than the rest. Its look and feel is iconic, and when you play it it is kind of an experience.

Its library of games is smaller in comparison to Playstation, but it is growing every day. And it should be noted that the Switch library has more games geared toward couch co-op gaming as opposed to the online focus of its competitors.

Overall, I’m pretty happy with my purchase and will spend many a night burning some herb and getting my game on.