The divide between the haves and the have-nots of society has never been greater, and the economic forecast has more pain in the future for those looking to make ends meet. As vaccinations accelerate, economic disparity in the US seems to be spreading faster than COVID-19.

According to a recent Bloomberg report, commodity prices have soared over the past year. Commodities are essentially raw materials used to make goods, such as lumber, coffee beans, and steel. Commodity price fluctuations typically aren’t an immediate concern, but when they all rise in concert, the larger concern of inflationary prices emerges. Most people are seeing this in the housing and renters markets. 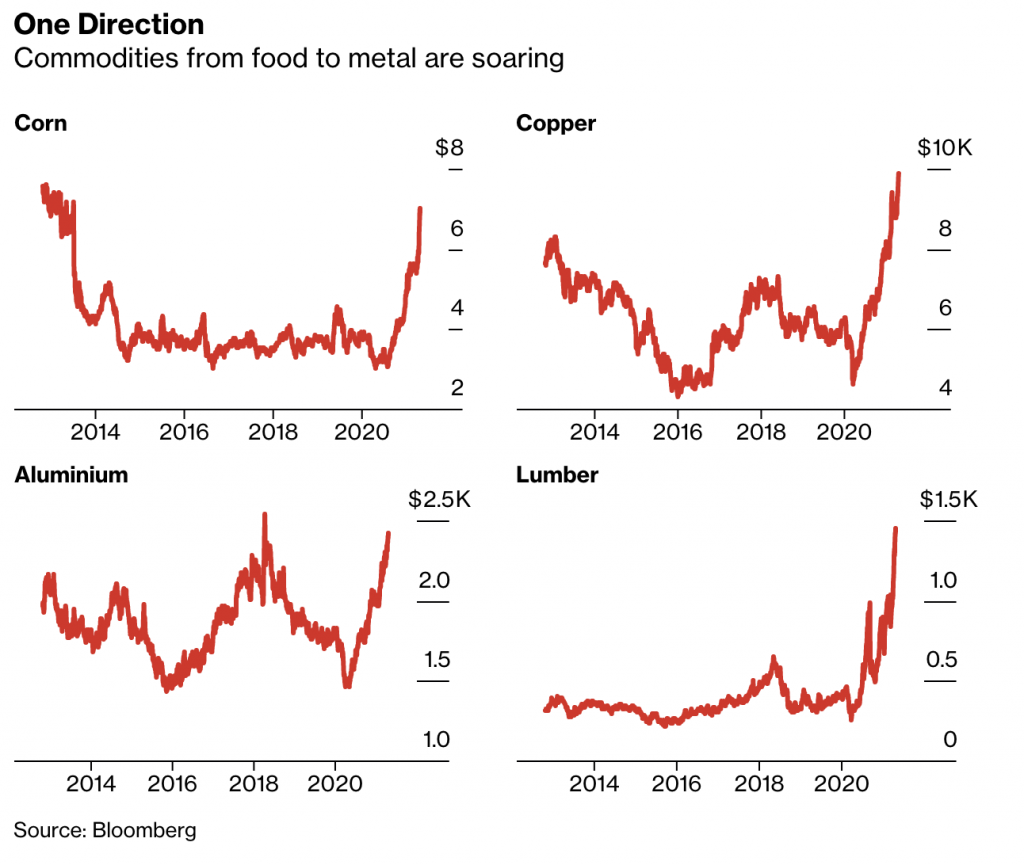 For those who aren’t familiar, manufacturers buy massive amounts of commodities futures to protect themselves against inflation. I don’t know for a fact, but someone at Starbucks is probably in charge of coffee bean hedging and makes a healthy living buying and selling coffee bean futures contracts.

Another group of commodity investors is the market speculator. Hedge funds and large investors with enough capital can trade commodities in the same fashion as a home builder who wants to protect itself from price inflation by purchasing futures contracts for lumber. This group has no other objective than to purchase low and sell high.

Now, why does this shit matter?

The futures market can influence everything from the cost of your next order from the grocery store to the cost to fill your tank. And if prices of these commodities are going parabolic, then don’t expect to pay $2.99 for a grande Americano at Starbucks for much longer.

Now that the pandemic has widened the wealth gap to historical highs. The threat of rapid inflation is the deadliest threat to millions of Americans. If food lines looked long during the pandemic, they will only get worse when a loaf of bread costs $8.00.

For the record, I consider myself a “have” but I still require a paycheck. I have a decent job and am able to run this website. But in the grand scheme of things, my net worth is a penny. In my lifetime, I have seen the aspirational awe of people celebrating millionaires dissipate, only to be replaced by the rise of the billionaire class.

So don’t be fooled. Billions are the new millions. This is probably why we shouldn’t be so shocked that President Biden rolled out almost $4 trillion in infrastructure and education plans. Because America (said in a Bernie Mac voice), we need to fix a lot of shit. A trillion dollars is not what it used to be and when the infrastructure of the country hasn’t been updated in 60 years, you have to pay the price. With commodity prices skyrocketing, the cost of rebuilding America’s roads and bridges is not going to be cheap. 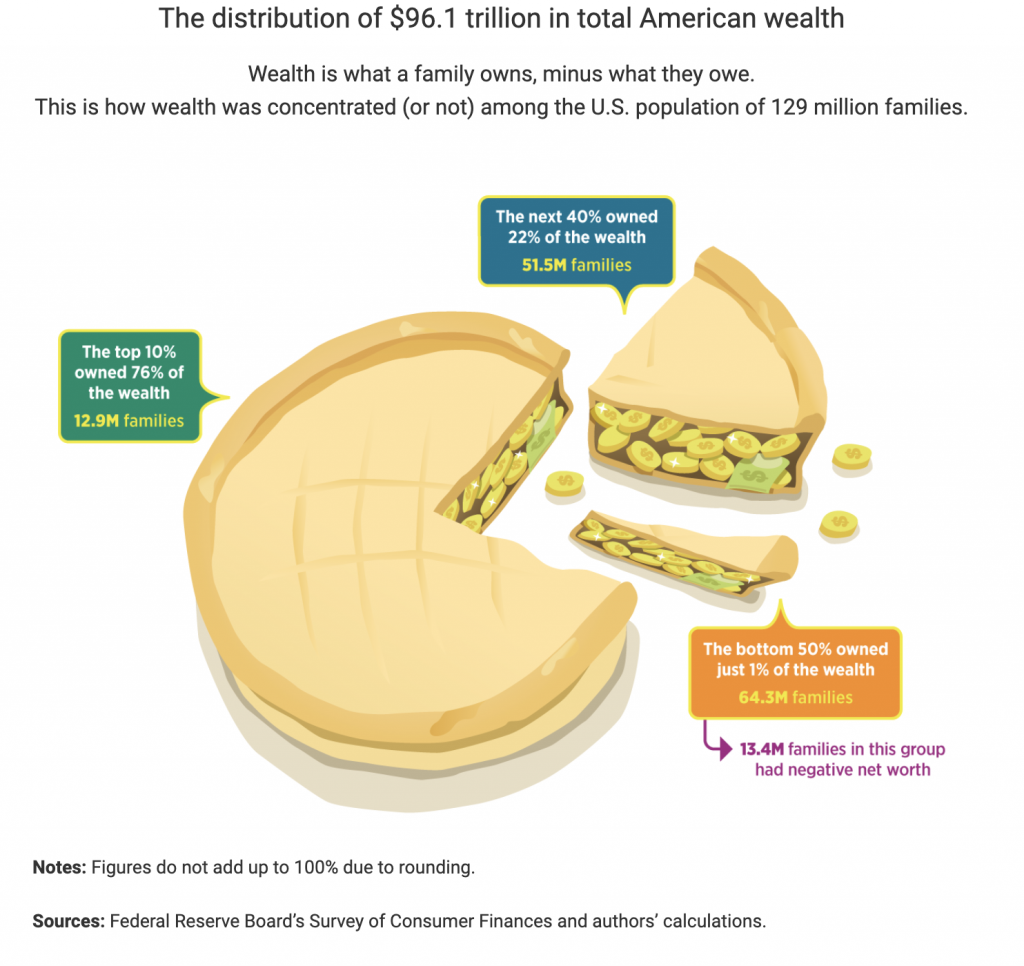 If you’re not lucky enough to be in the top 10% of the wealthiest households you’ve noticed the perpetual squeeze since the start of the pandemic. Grocery bills have steadily climbed. Basic goods such as paper towels have increased in price. Don’t even get started on going out to eat. As restauranteurs try to make up for smaller crowds and lost alcohol sales, the cost to get some fare from your favorite restaurant might shock you. By the way – tip your wait staff you cheap fuck.

If you have noticed, my guess is your salary hasn’t increased at the same rate. For others, the pandemic has been the best of times. According to inequality.org, U.S. Billionaire wealth has increased by $1.6 Trillion during the pandemic. There is nothing inherently wrong with making money. We all want to get paid. But what kind of system allows for such a small fraction of the population to exceed with more wealth than they ever could need while others suffer? Free markets, please.

On the flip side of this coin is the “essential worker”. You know them. The people ringing you up at the grocery store, serving your food, doing the shit you don’t want to do. Yea, this group of people not only get to take the risk of exposing themselves to the worst public health crisis in 100 years but they also get the support of the Federal Government’s $7.25 an hour minimum wage.

It’s hard to believe that while the wealth of a few has increased trillions, fat cats in Washington bicker over raising the federal minimum wage from a poverty wage of $7.25 an hour. It’s embarrassing that some would rather fight to support election lies and domestic terrorists than to support the millions of people struggling to get by.

Here’s the deal. You’re poor. I’m poor. They’re poor. But we’d rather meme each other to death on Facebook than strategizing together. So please think next time you internet beef. You are in no better position just because you re-quoted some zinger from Matt Gaetz.

Economic disparity is only getting worse as inflation picks up. Commodity prices don’t lie. That is the first indicator of more pain to come. So don’t play dumb, if coffee bean futures skyrocket then guess where the price of that mochaccino latte is headed.