LeBron James was given hell by a few Republican officials after a tweet he posted Wednesday. The tweet in question, which has now been deleted by James, said “YOU’RE NEXT #ACCOUNTABILITY” and included a photo of the police officer out of Columbus, Ohio who is under investigation for fatally shooting 16-year-old Ma’Khai Bryant. It immediately caught the attention of Arkansas Republican Tom Cotton who tweeted:

Lebron James is inciting violence against an Ohio police officer.

This is disgraceful and dangerous.

And of course, unsurprising to anyone, Donald Trump had to torture us with his delightful ignorance, ironically releasing a statement via someone else’s Twitter account because he was shut down for basically being the MVP of saying racist and incendiary shit.

Lebron James has since deleted the tweet because of the backlash, but I happen to be one of the few people that thinks that he shouldn’t have. When I first saw the tweet, I knew exactly what he was talking about – police officers in this country have lacked accountability for their fuck ups, most notably ones that result in the deaths of unarmed minorities.

The recent conviction of Derek Chauvin in the George Floyd case is only one of a few times in history where actual accountability for horrible actions by a police officer was served in a court of law. And for anyone that supports Black Lives Matter or has any concerns about the direction of policing in this country, that ruling was a big deal.

Many people are optimistic that this will set a new precedent in this country when similar cases are brought to courts. This may result in officers actually thinking twice before doing certain things and actually considering the possible negative consequences they could now face.

This is basically the idea of how this issue comes from systemic problems, and many believe that drastic changes from the ground up have to be made to actually address these issues and see permanent change in how policing is overseen in this country.

But… if you take away the #ACCOUNTABILITY from the tweet and tell people Lebron James put YOU’RE NEXT with the picture of the cop, it’s very easy to sell the idea that he’s a big, angry black man that wants to use his influence to incite violence.

This is the oldest trick out of the conservative and white supremacist playbook – take your target out of context in a very subtle way to discredit everything they say. Then, undermine them in the most condescending way possible. Notice that neither Cotton nor Trump addresses the word or even basic concept of police accountability in their “response”. If they can manage to redirect the actual context towards something more negative, they gain credibility with people who don’t have an understanding of the full context. 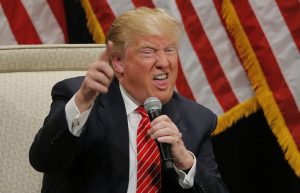 Trump does this flawlessly. He has cultivated a base with hate at the core of it. He uses vitriolic language and pushes hateful ideas, but masks it under his patriotism or even religious values. The political climate today feels far more on the edge of a violent explosion than ever before, and the Capitol riots (so far) have felt like the climax to this chapter in the story.

LeBron James seems to understand this concept when he followed up his deleted tweet:

I’m so damn tired of seeing Black people killed by police. I took the tweet down because its being used to create more hate -This isn’t about one officer.  it’s about the entire system and they always use our words to create more racism. I am so desperate for more ACCOUNTABILITY

I understood exactly what LeBron James’ now-deleted tweet meant, and at no point did I think anything violent. Maybe it’s because I’m also a black man living in America, now raising a son. And when I see hear stories like those of Daunte Wright or Ma’Khia Bryant I think things like “damn, that could have been me, or my sister. One day it could be my son.” I imagine it hits home a lot more for me than someone like Trump. But could he at least have a bit of empathy?

I, just like LeBron James, feel a range of emotions every time I turn on the news and see these stories. But it hurts, even more, to see time and time again accountability not being held. A big part, I have to admit it, is rage. It does make me angry to watch these cops consistently get off for clearly wrong actions that ended someone’s life. And then to see this hateful Blue Lives Matter culture be bred that by its very nature is opposed to anything that makes cops look bad or questions authority…. or brings up racism, only builds more rage.

An Opportunity for Hate from the Right

Trump and Cotton saw a moment and capitalized on it. Wealthy and famous people use their positions of influence all the time to push their personal philosophies and political views. Why wouldn’t they? Especially if they believed it could help the world or heal past wounds.

But for some reason, LeBron James and anything Black Lives Matter related is somehow beneath that and are undeserving of this privilege. So much so that both Trump and this rise of right-wing nut jobs like Cotton that seek to emulate Trump are willing to do just about anything discredit and even destroy them.

Including undermining discussions about race, policing, and how they intersect. It’s a discussion worth having whether you agree with James or not. But to instead, take him out of context and paint him as an aggressor is just…. hateful.