A Tribe Called Quest was without a doubt a staple of 90’s hip-hop. Few other groups can claim the influence and image that A Tribe brought to the game. Riding the wave of conscious rap and jazz instrumentals, the Queens-based rap group grew bigger with each album, and for good reason. They had articulate bars and razor-sharp wordplay. They were rowdy yet groovy. Everything about their flows and instrumentals got people moving. It seemed like they couldn’t miss, yet the biggest commercial break of their career wouldn’t quite be regarded as that. 25 years later, we’re looking back at A Tribe Called Quest’s Beats, Rhymes, & Life.

First, let’s take a step back. A Tribe Called Quest was the culmination of many skilled artists, namely rappers Q-Tip, Phife Dawg, and Jarobi White. Production was backed up by the talented Ali Shaheed Muhammad and Q-Tip himself. The group was already making an impact on the game with their first album People’s Instinctive Travels and the Paths of Rhythm. The two following albums, The Low End Theory and Midnight Marauders would catapult them into the limelight, and rightly so. These are still revered as classic hip-hop albums to this day. 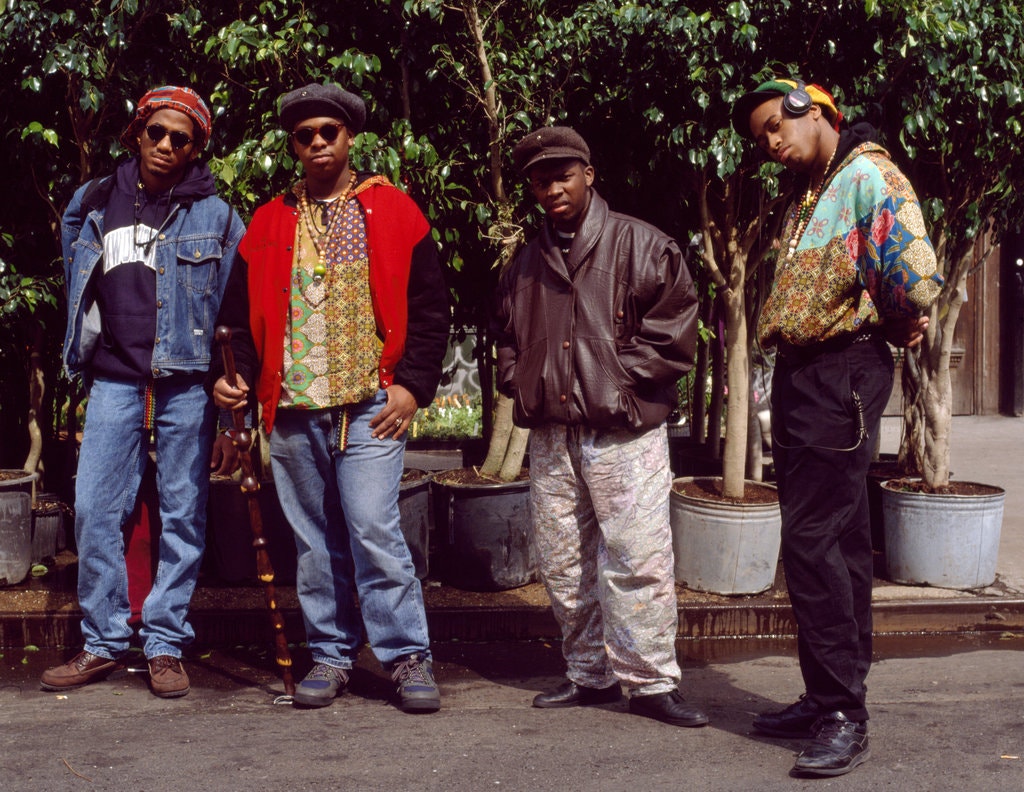 Unfortunately, inside the group, things weren’t on quite the same trajectory. Phife Dawg had moved out of state as he believed that A Tribe Called Quest was heading downhill and was planning his next moves. Work on the next album was still moving ahead, but the process was disjointed and marred by miscommunication. It proved a frustrating time for the group, as many of the members weren’t on the greatest terms with each other. Phife Dawg in particular was upset with the way he felt he had been pushed aside by Q-Tip in favor of Ali Shaheed and the two’s new production group. It seems every aspect of the album suffered as a result, even Ali Shaheed told media he felt that the production wasn’t anything special this time around. Although it might have received more criticism, the general public ate it up. When the group finally released Beats, Rhymes & Life, they landed their first #1 debut on the charts. Some critics praised the accessibility of the project, while some weren’t so sure they loved the new Tribe.

Relistening 25 years later, I can understand the gripes of some critics. The more stripped-down production probably didn’t sit well with the people accustomed to the organic, lush jazzy beats from years before. Despite this, it’s clean and the drums drive the songs. It might not be what they were famous for, but the group does each instrumental justice. The lyricism took a hit, for which you can blame the tensions in the recording process. The group was under pressure to release a work of art, but to them, it felt more like just work. Phife Dawg himself went on record saying that it began to feel like a grind- which he was trying to escape with a music career. Even though the members might not have all been in the right mindset to deliver another amazing album, what they put out wasn’t anything to scoff at. If this is the work of a disjointed hip hop group, then I can’t imagine what they would’ve gone on to do had they not gone through the sort of falling-out that was happening at the time. 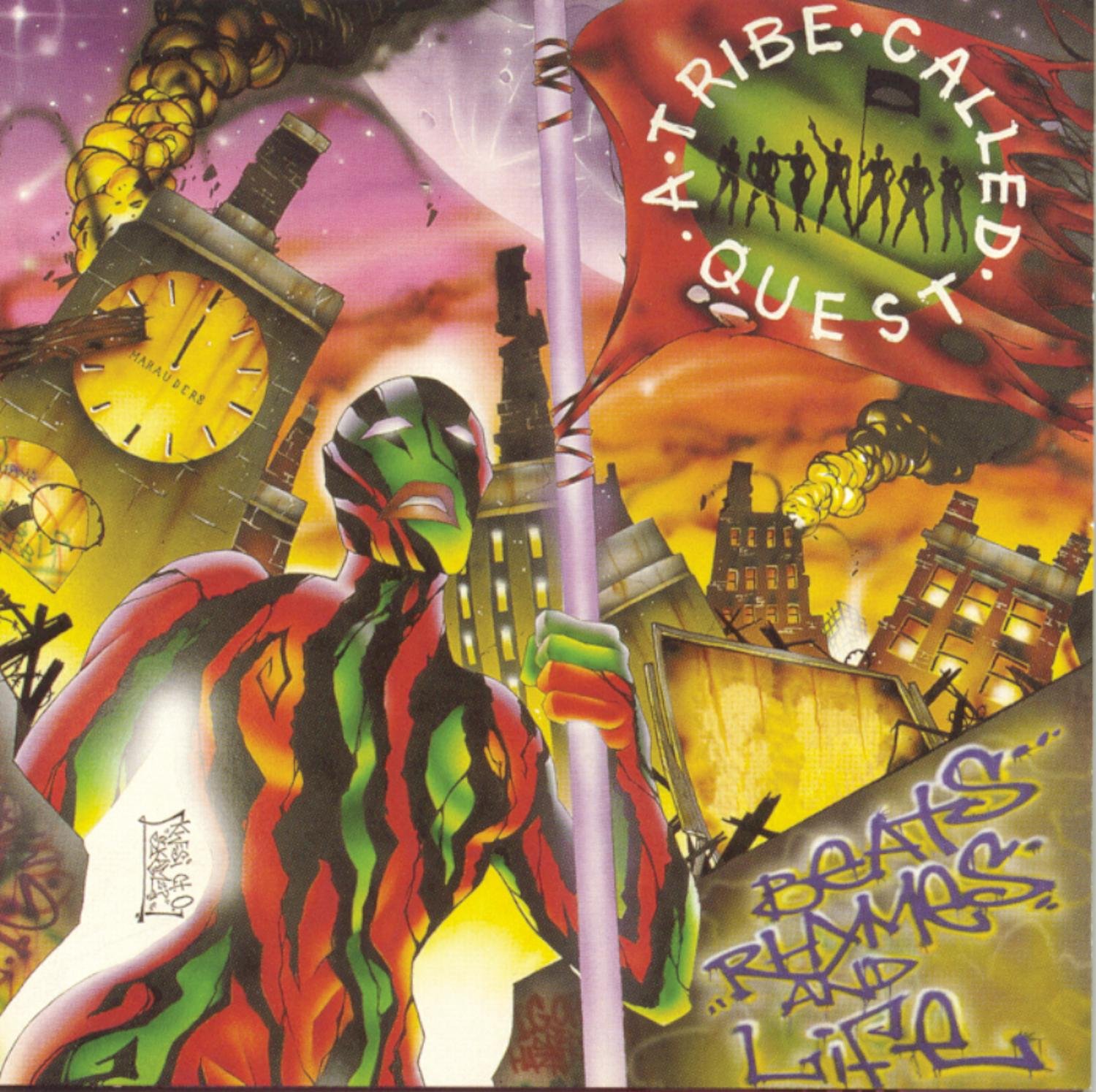 The great use of samples as instruments and effects was still as revolutionary as ever. Q-Tip and Ali Shaheed had just welcomed a newcomer into their production team as well, he went by the name of Jay Dee, but you probably know him as the legendary J Dilla. The tighter, more focused sound of the tracks this time around undoubtedly reflected his and Q-Tips vibe going forward in their careers. It’s unfortunate that the group wasn’t as cohesive, because I would have loved to hear a real full effort across the album. Regardless, there’s a reason it went #1, and that’s because it still sounded hot, just slightly less gripping. In the group’s documentary later, ironically titled Beats, Rhymes & Life: The Travels of A Tribe Called Quest, the namesake album itself would barely get a couple of minutes of screen time.

It seems those closest to the album don’t care to revisit it, but I can honestly say I’m glad I did. A Tribe Called Quest is by far one of my favorite conscious rap groups, and their words still speak powerfully today. The social commentary and values their music pushed is invaluable. Sitting back and throwing on Beats, Rhymes & Life, I feel like I’m back in 1996, watching East Coast vs. West Coast unfold. The golden age of hip hop bleeds through the bars of A Tribe, and for that, it will always behold a worthy spot in my rotation.