Why I Smoke Weed Everyday

I love stoner culture. There’s so much art and music created by fellow stoners, sometimes created solely to pay tribute to the magical herb. It’s interesting to think that Carl Sagan may have been baked while writing ‘Cosmos’. ‘Mary Jane’ by Rick James always gets me on my feet and dancing around my living room with a joint hanging from my mouth. Movies like ‘Pineapple Express’ and even ‘The Breakfast Club’ will always be favorites in my collection. And you don’t have to be a stoner to know that unforgettable last line from Dr. Dre’s ‘The Next Episode’ where Nate Dogg (RIP) sings “Hey ay ay ay ay…. Smoke weed everyday”.

But have you ever been at a party or some kind of social event and while you are enjoying a blunt with some friends you meet that one person that has to interject with some lame shit about how they just can’t understand why people smoke pot? I call these people naysayers – the ultimate buzzkills. They say things like “it just makes me paranoid and lazy” in this pretentious way that makes you think you’re talking to a Ben Shapiro doppelgänger. Despite it becoming a lot less taboo than it used to be, many people that don’t smoke still hold a lot of misconceptions about what it’s like, and some have really negative ideas about potheads.

So what exactly is it about this thing that grows out of the ground that makes people fall so madly in love, so much so that sometimes they’re willing to risk their jobs or relationships just for a little toke? How do people get reefer madness exactly, and, dear God, is it curable? Why the hell does Cypress Hill want to get “hiiiiiiggghhh, soooo hiiiggghh” so damn bad?

I happen to think there are a million different reasons one could feel compelled enough to sell their soul for some of the devil’s lettuce, but I want to give a few here that I think everyone can relate to. Really, this is my own way of creating something to pay tribute to marijuana – something that I believe has altered my life in arguably profound ways. This is all about why I smoke weed every day.

Relaxation of the Mind 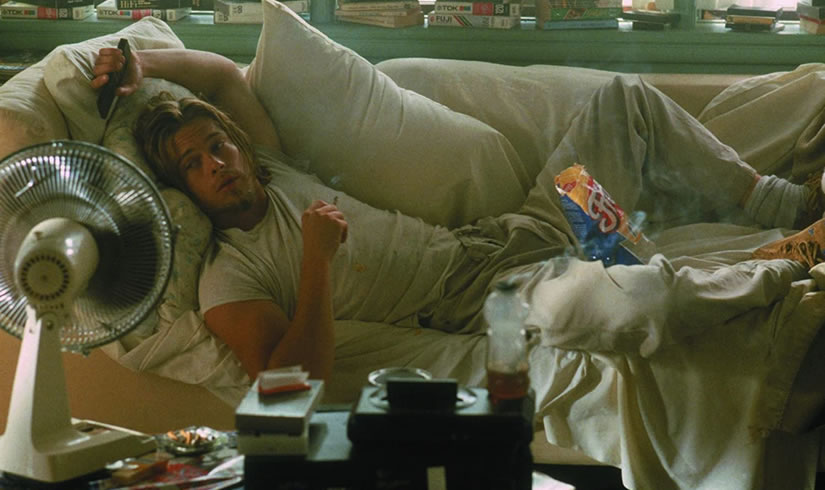 Some people dig a nice glass of wine or a 40 oz. after a long day. I, on the other hand, dig a nice bong rip. People find relaxation from all different sources and I think most stoners can relate that there’s nothing more relaxing than puffing some bomb loud. And what’s best is that weed is always the perfect precursor for just about anything you plan to do. I dig a toke before working out or diving into a good movie. And I also find that a toke before a high-stress social situation, like a job interview or working a job you hate, can help with the anxiety a bit when you need it most.

But weed has this ability to relax your mind in a way that can’t be compared to anything else. I am a firm believer that the lazy stoner stereotype is bullshit. Sure, getting baked and melting into the couch to play video games all day can truly kick-ass, but getting baked and doing something productive and fulfilling is something that can truly change your life.

I don’t believe that the relaxing feeling from smoking weed makes you inherently lazy. I actually believe it’s almost like a forced meditation – it sort of pushes your mind into a zen state of being. Now, how you perceive this new state of mind and what you decide to do (or not do) with it is up to you and will shape your experience with it, which is why it’s easy for some people to hate it while others fall in love with it. I believe everyone has the capacity to do something or do absolutely nothing, and weed can help either outcome in the moment feel great. But imagine what it can do for you to feel good about how you habitually spend your ‘high times’ (see what I did there?). 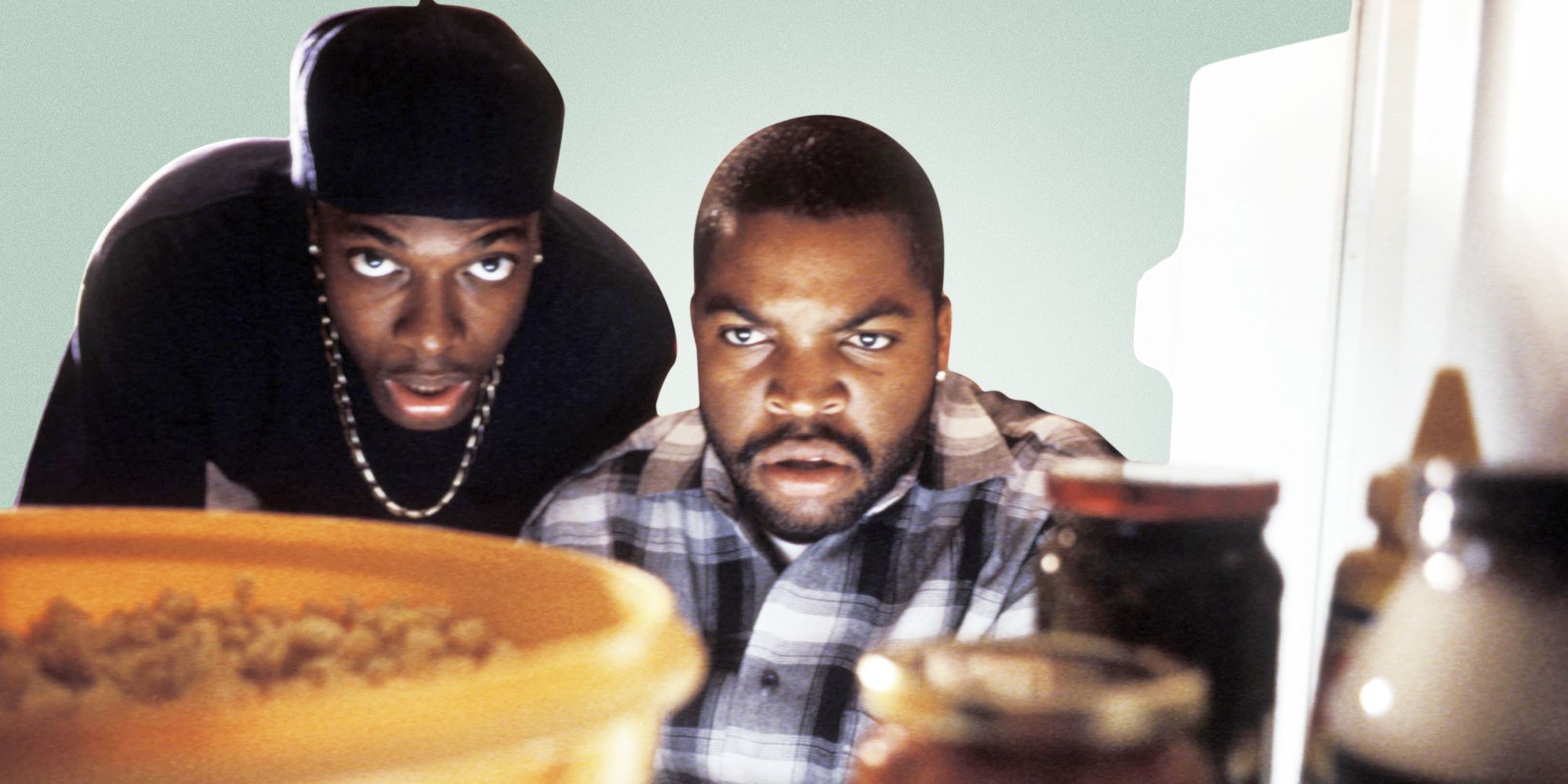 I’ve been smoking for a pretty long time now and some of the most intelligent and interesting people I’ve met throughout my life were stoners. And a lot of the time Mary Jane was the thing that brought us together. Similar to alcohol, weed can act as a social lubricant that loosens people up and helps meeting and befriending strangers a bit less stressful. But the experience of being high, especially with other people, is vastly different from the experience of getting drunk with others. Some good herb can send you to a mental space that feels surreal, sometimes causing you to be introspective, or bring out that lust for creativity that exists in all of us. And when you puff with a friend, look over at them with bloodshot eyes, and without even saying anything you just know they are on that same mental plane is something of a magical moment. 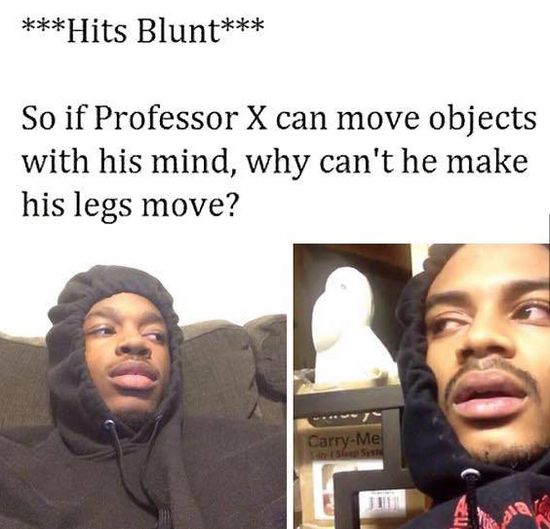 But even if you don’t go in that deep with your friends, there’s still something cool about meeting and making friends with other stoners. While I was growing up and when I started smoking, weed was a lot more taboo, and defining yourself as a stoner was something you truly had to commit to. Society had a tendency to reject you and not take you seriously. Many people, and still to this day, see stoners as lazy and think that pot makes people stupid. So those willing to indulge openly were sort of pushed to the fringe of society, but fortunately, there has always been this thriving stoner counterculture for people like us to call home. And when you meet someone who has felt that same rejection, you can relate in a way that’s only particular to the stoner experience, and there’s nothing quite like it. 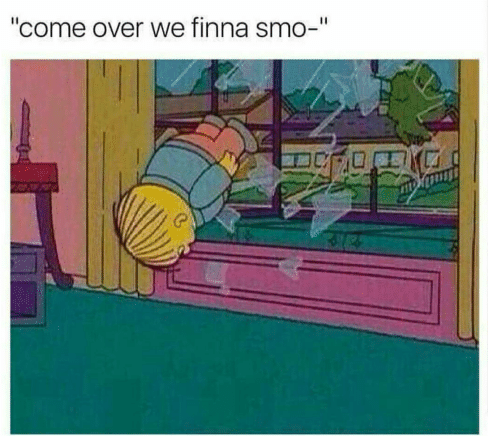 Nowadays the stigma isn’t quite as strong, but it is far from being extinct. Pot still brings people together in magical ways and I believe in the coming years we will see legal states begin to implement businesses that cater to this idea, such as cannabis lounges and community centers. Let’s just hope these spots won’t be infested with soccer moms, Karens, frat bros, and “cannabis industry entrepreneurs” (you don’t fool me Elon; I know a suit and tie when I see one).

Mary Jane is the Only Lady I Need

For those of us that don’t have a lot of friends, and relate a bit more to Kid Cudi’s lonely stoner archetype, puffing alone has plenty of perks too. As I stated early on, like the perfect wingman, Mary Jane can be the perfect companion to doing just about anything. For me, my early morning wake n’ bake is everything. I usually get up before sunrise and go on a long bike ride. Sometimes I’ll end my ride at the gym for a quick workout before heading home, and some days I’ll just cruise around, taking in the sights, exploring areas I’ve never been, sometimes finding chill spots I can sit and puff while watching the sunrise. Whatever I end up doing, I always roll up before I head out.

I am seriously THAT person – when I know I’m about to embark on doing something interesting, like diving into a good book or movie, or going on an adventure with a friend, I always stop and go “wait….. let me puff one right quick.” Weed just has a way of making everything better, even if it’s just a little bit. It makes cheesy movies funnier, it makes shitty social situations a bit more bearable, and it makes life feel a little less serious when you need it to most.

But above all, smoking alone is perfect for some quiet moments of zen and self-reflection. It’s the perfect time to be alone in your mind and think critically about yourself and your life. This isn’t the time for you to sit around beating yourself up or drown yourself in self-loathing; quite the contrary. High time should be your moment to count your blessings, meditate on your faults, and come up with a plan to become the person you are meant to be. Weed has helped me find solace in being alone and a level of inner peace that I could never seem to find without it. And for that, as B-Real says, “I love you Mary Jane”.

Stoner Culture is the Best

The stoner subculture that exists and has flourished over the years is unlike any other subculture out there. Because of marijuana’s illegality and absurd history, there’s such a wealth of subjects and ideas to address and share when making art in the name of the magic herb. There’s a ton of documentaries that can help educate you on just how wild the history of cannabis is, such as the Netflix original documentary “Grass is Greener” and there are so many films that are made for stoners, by stoners, with the intention to simply make your life, such as the Cheech and Chong films, and just about anything, Seth Rogen has been apart of. And anyone reading this can name at least one good stoner’s anthem, and you probably know all the words to Afroman’s “Because I Got High” without intending to learn them.

There is also plenty of brilliant people throughout history that may have not been super vocal about marijuana or created stoner art but still managed to achieve brilliant things… while high. I brought up Carl Sagan in the beginning who was more focused on science education than anything, but he has written about his love of the herb. 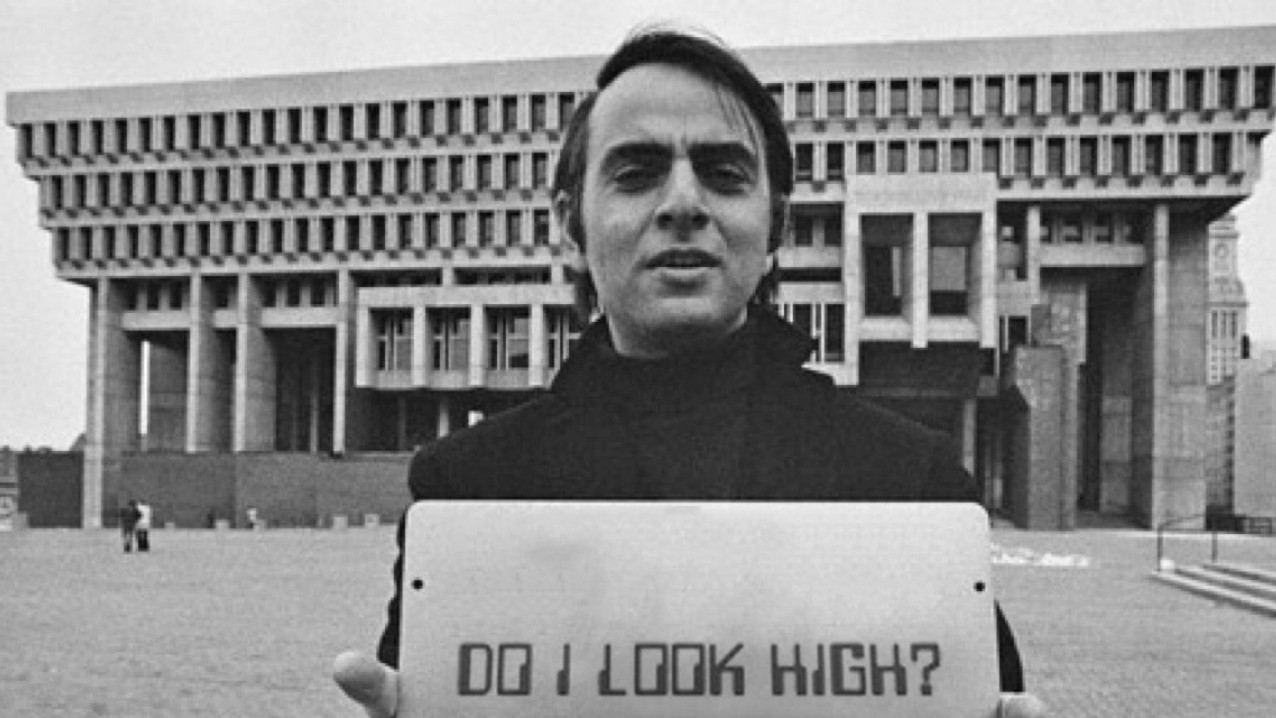 The point is that there will never be a shortage of marijuana-related media and art puts a smile on your face and maybe even influence you creatively.

Like I said before, there are a million and one reasons the bring people to falling in love with cannabis. But these few, while not even really scratching the surface, outline some of my favorites. I didn’t even really get into the medicinal benefits, the financial incentive to legalize it, the fun of learning horticulture, the benefits of growing and using hemp, etc, etc. In reality, I could probably write an entire book on the subject of what makes marijuana so truly special.

If you are here and frequent Loud News Net regularly, we salute you on your stoner journey. It’s not always easy, but it should always be fun. So that next time you’re sparking up some dope bud, whether alone or with friends, never forget to smile and enjoy the hell out of yourself. And remember – “Every little thing is gonna be alright”. 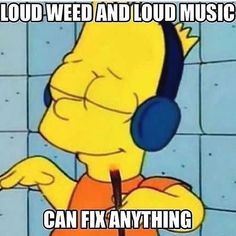