Do you love Sublime? Us too. No matter how old we get, we can’t withhold the truth that ‘Sublime’ forever holds a special spot in our hearts. Imagine going on a trip (geographical or otherwise) with the mantra “Life is too short so love the one you got.” It felt like we were living the lyrics of the music at that time. We thought it was time to pay homage to a short-lived yet impactful band from our journey.

This 90s band had such a reach to a wide array of fans. And speaking of the 90s. Feel old yet? No worries. The important thing is, Sublime will always be one of our favorite bands. Now, grab your seat and let us look back at some of its extraordinary hits.

While we are usually on the hip hop vibe at Loud News Net, we do always take time to appreciate other genres and legends when we can. Given 2021 is the 25th year anniversary if Sublime’s final release we decided to list their top 25 songs for you. In our humble opinion, of course:

25. WE’RE ONLY GONNA DIE FOR ARROGANCE

A cover by the band during their 1992 debut album, pertains to somebody who pushes his limit to transform himself. Unfortunately, it does not bring any progress. This advises us to take one step at a time and allow the process to develop ourselves.

Right Back is a song with a sense of being exhausted. Someone experiences having suicidal thoughts due to his struggles, and he wants to escape from the situation, but it appears like he keeps on coming back to his obsession.

‘Get Ready’ tells something about how smoking serves as the happiness of a person. However, this can also be a reason for someone to be depressed. It is uncomfortable to live if we depend on smoking for everything we do.

“Load the box and pump that shit; Got my greatest hit”, refers to a band called Ziggens which came out before the Sublime. This brought influences to Bradley’s life in the music industry. “Greatest Hits” was released in 1999.

“KRS-ONE” came from the stage name of an American Rapper. According to Sublime, he impacted them on their ethos and sound. They acquired the idea of taking and blending different genres from KRS-ONE. 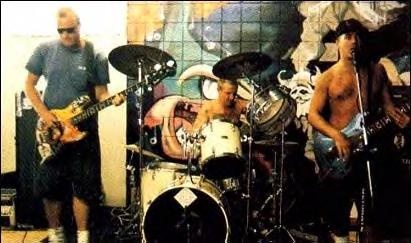 It deals with a relationship that starts to become cold. The thoughts of a man that his girlfriend cheats and doesn’t love him anymore keep tormenting him. He feels being taken for granted and smoking boosts his confidence to get away from it

A song about the time when Brad Nowell needed to pawn his guitar in to earn money for drugs. “Just remember that it’s flesh and bone” means it was something he valued the most in his life because it had been a part of his soul.

It stands for “Secret Tweaker Pad”, and tweaker refers to an individual addicted to methamphetamine. This is the place where he loves to stay and manage to learn about unusual things. This was released in 1994.

“You’re not the only one, but you’re the best Bradley.” This is about Ramona, a girl he adores, but she has another man in her life. ‘Cause she’s my Ruca, I’m barely waiting for my Hiena.” Hiena refers to his girlfriend who is also in love with someone else. Among the two he’s always longing for Ramona.

“Boss D.J.” is about someone who is addicted to drugs but despite his condition, there is a girl who’s madly in love with him. Like a DJ playing songs, he doesn’t want the mutual feelings to end because he feels like it drives him crazy.

“I made her bleed; I’m planting my seed.” This describes a man who made love to a virgin woman, and then later left out of the blue and hoped that her parents would watch out for her.

This track is a story of someone who was abandoned by his father that hurt him like crazy. Sadly, he turns out as the person he hates the most in the end.

The first part pays homage to an Old Jamaican song covered by the band. As we listen to this track, it’s like reminiscing all the good memories during teenage life and how brave the youth are in fighting against oppression.

Originally by The Toyes, it talks about a guy involved in addiction. His parents told him to work hard and do the best that he could to become a productive individual than wasting his life on drugs. Eventually, he met a man who showed him how to do both. 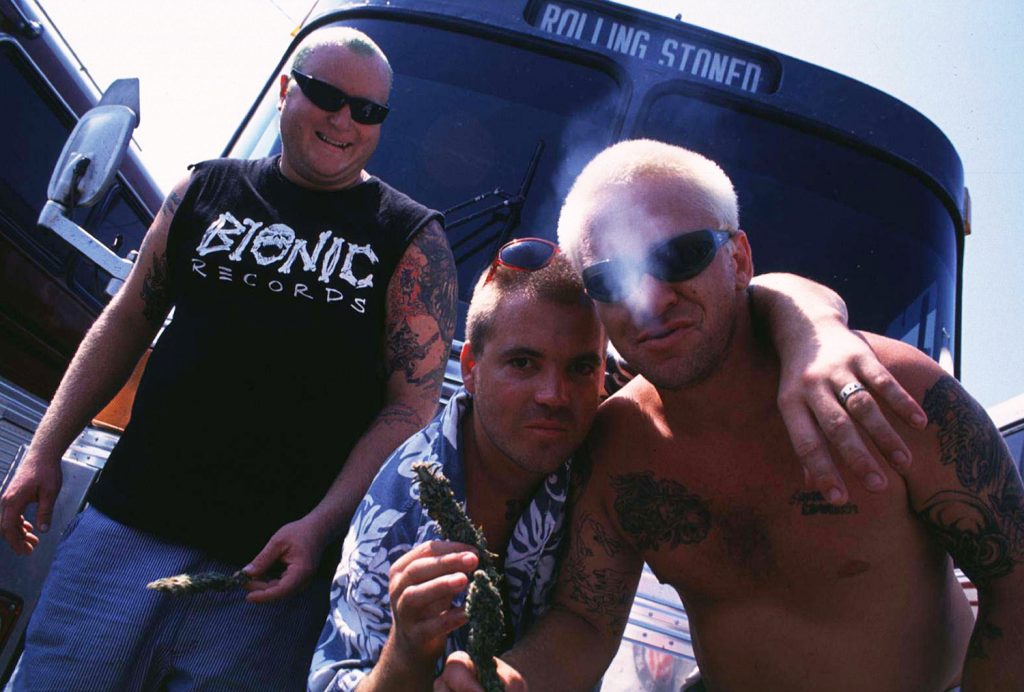 It was April 29, 1992, when the Los Angeles Riots happened and the song title originated from this event. There was a black motorist named Rodney King who was beaten by four white police officers. There was a record of the said incident which may serve as strong evidence, but an all-white jury exonerated the officers.

Even though it was never released as a single, this obtained considerable airtime on KROQ as well as the other radio stations. This song concerns a relationship of a man with a girl named Mixie. Her family planned to kill him, so he ran away from them and went to Costa Rica and had fun together with his friends.

On its first release, “40 oz. to ‘Freedom” gained distinct reviews but then got a better impression from the people. It illustrates someone who is feeling confused about life, and he tries to escape from reality through drinking alcohol.

“Date Rape” was first released in 1991, and it took four years before it became a success when the Los Angeles radio station KROQ added it into their playlist. It is about a woman who goes to the bar on her own, and there’s a person who insists on buying drinks for her. He brings her to a place where she was molested.

This is track # 1 of the band’s third album. The primary part of the song speaks about optimism and being contented by important things. However, the second part is about the negativities that the person experiences. But in the end, the song proves that we should let the positive outlook prevail.

The melody of “Bad Fish” was inspired by “All the Fun That We Missed” by The Ziggens. It is about a person who experiences alcohol addiction. He wishes he never learned what he does and that someone could help him overcome things.

On January 7, 1997, “Santeria” was released as a single, after the death of Bradley Nowell. As we hear the lyrics, it describes the misery of a father due to his child. But there’s a desire in his heart to conquer his demons.

This was released on its last album before Bradley Nowell died from a heroin overdose that resulted in the disbandment of the group. It expresses that life is healthier when we focus on what we’ve got instead of what we don’t.

The final song for the band’s third, self-titled album is based on the George and Ira Gershwin song “Summertime”. This track tells about Brad Nowell’s life together with his girlfriend who deceived him, which evoked the feeling of being a prisoner.

There you have it. Loud News Net’s take on the top 25 Sublime songs of all-time. Let us know your favorites in the comments below.