Every time I watch a show or movie for the first time (especially when I’m really baked) I’m always looking for something to take away with me – maybe a life lesson, or an existential quandary, or maybe I just learn something new. So it sucks that most content these days demands hours, sometimes days, of your undivided attention, binging like it’s a religious practice, only to walk away empty-handed. Life is just way too short for that shit!

So when a show like ‘The Choe Show’ comes along, I get immediately sucked in. If you haven’t heard of FX’s latest mind-fuck of a “talk” show, the best way to describe it is like a trippy, conversational podcast by infamous painter David Choe, inside his home (which looks like Pee Wee’s Playhouse on acid… or, should I say, ‘more’ acid) as he speaks with and paints his guests.

On paper, it doesn’t sound like much of anything new but ‘The Choe Show’ is truly something unique, wildly imaginative, and almost feels like it gives the viewer an experience. So what makes it so good? Let’s roll up and spark some Northern Lights because it’s about to get real existential.

Who Is David Choe? 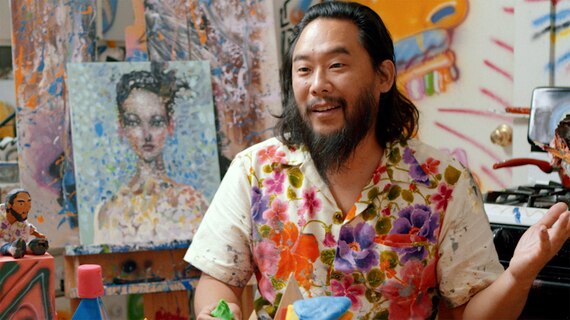 I’ve been a big fan of David Choe for quite some time now, and his origin story is pretty damn interesting. He grew up raised by immigrant parents from Korea in Los Angeles, where he eventually discovered and fell in love with graffiti and street art. Anyone that has been into graffiti can tell you all about how it can take you on all kinds of crazy adventures and how most other graffiti kids are pretty eccentric and wild, and Choe is no exception. He spent a lot of his early years as an artist hitchhiking around the country and dipping his toes in other illegal activities. 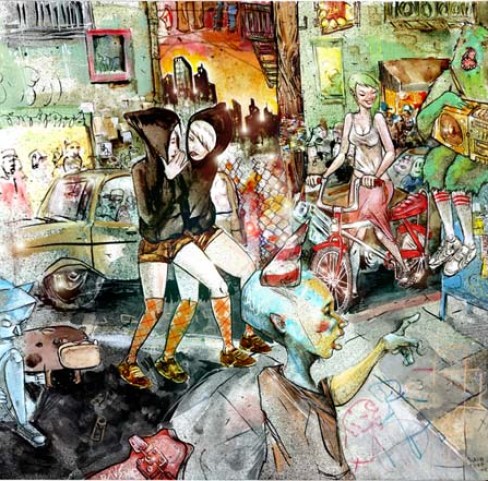 As he got older and his art and style grew more defined, it began to get the attention of the art community. He began getting work doing murals and was offered opportunities to exhibit his work in a more traditional studio art setting. Despite gaining a bit of success, his art and style never seemed to falter, and even to this day still contains the graffiti inspiration of his roots.

It was in 2005 where things got really interesting – Choe began getting work from Facebook, still in its infancy, to do murals in their office in Silicon Valley. For one mural Choe opted out of getting paid in cash and accepted company stock instead. By 2012 his shares grew to be worth $200 million. In what probably felt like a blink of an eye in retrospect, he went from being a grimy, graffiti kid to a millionaire overnight. And with his new wealth also came fame, and with that fame, his art began to sell for crazy amounts of money.

What has always made him so interesting is that no matter how far out there his career, fortune or fame goes, he always seems to have this energy about him that makes him seem like just a normal guy. I feel like I’ve met Choe doppelgängers, that sit in little restaurants or coffee shops in an artsy part of any American city, scrawling art in sketchbooks that could only ever belong on a wall without someone’s permission. It seems like most people that reach their level of fame and fortune become, sometimes inadvertently, above the average person in a way that makes them seem unreal. But Choe always manages to do projects that stay true to some core values of his that he has never seemed to let go of.

He’s done journalistic work for Vice, including a series called Thumbs Up! where he hitchhikes around the states with his cousin Harry, and even hitchhiking through China in season 3 (I definitely recommend checking the series out). And for a few years did a popular podcast alongside infamous porn star Asa Akira (who is also a guest on the first episode of The Choe Show) called DVDASA. He’s never been afraid to reveal himself by cutting himself open emotionally for audiences, and it has even seemed that over the years his fame and fortune have tormented him a bit. Whatever projects he is involved in have always been exceptionally deep and insightful, and The Choe Show simply adds one more to his cannon of brilliance.

The Choe Show Is Trippy AF 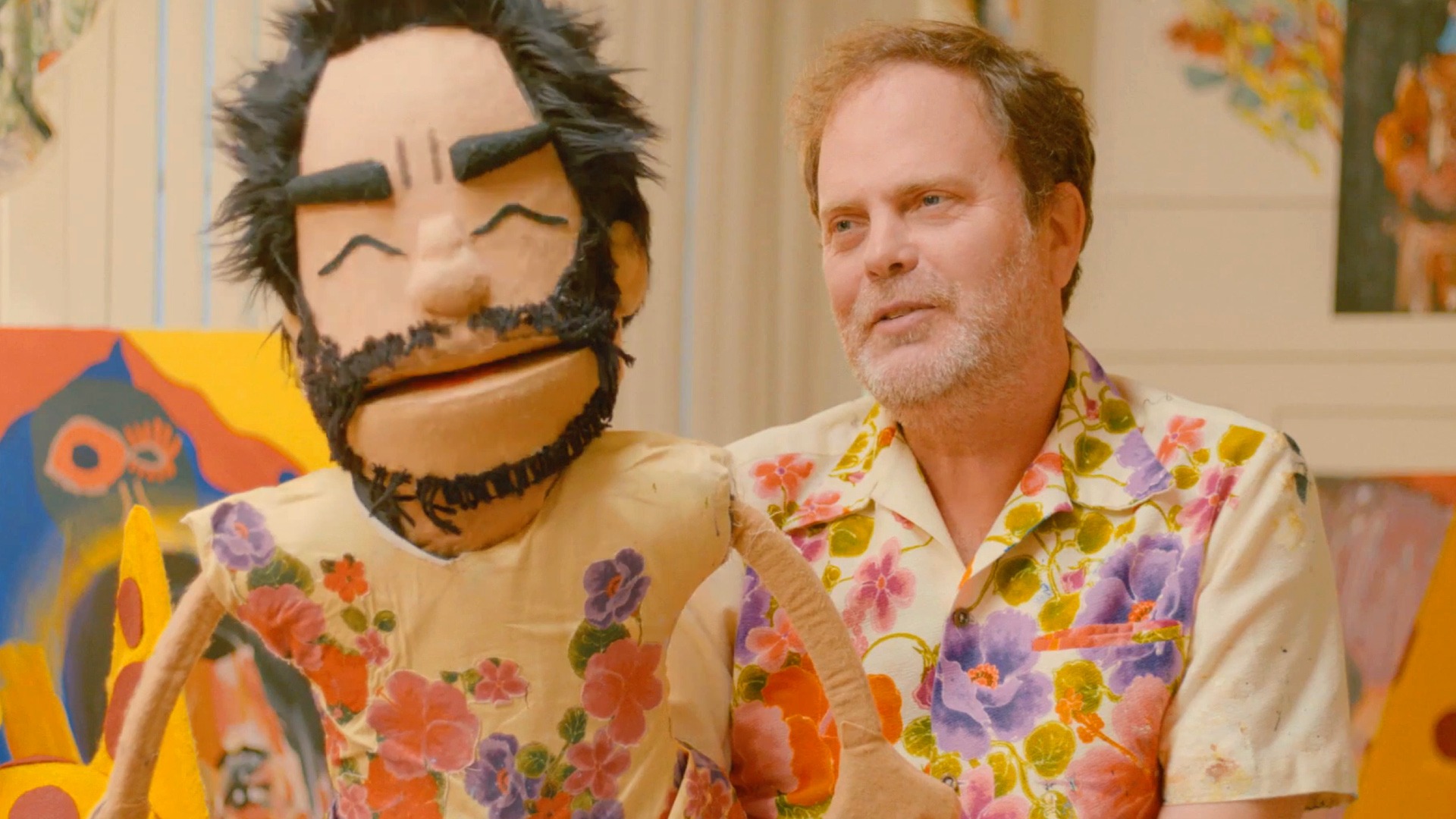 ‘The Choe Show’ manages to make Choe’s art come alive from the canvas. The basic premise is that he has deep conversations with a series of guests and friends as he paints them or they interact in some kind of creative way. As they talked the show is spliced with animations and clips that seem to be of Choe’s creation. Coupled with such deep topics as sexuality, trauma, abuse, angst, and depression, his art also helps bring the emotional depth of the show to life. It takes you on this relentlessly emotional rollercoaster the only stops instantly once it’s finally done.

The guest list is also pretty impressive, with people like Rainn Wilson (Dwight from the Office), Will Arnett (the voice of Bojack Horseman), and Denzel Curry to name a few. Choe isn’t at all afraid to go deep with his guests, engaging them in a way that I feel you only get through a long-form podcast such as The Joe Rogan Experience. He has a way of bringing out some of the darkest parts of his guests’ psyches for all of us to see. It creates such a powerful dynamic that reminds us that even these very famous and successful people are as human as we are. They have the capacity to suffer just like the rest of us. 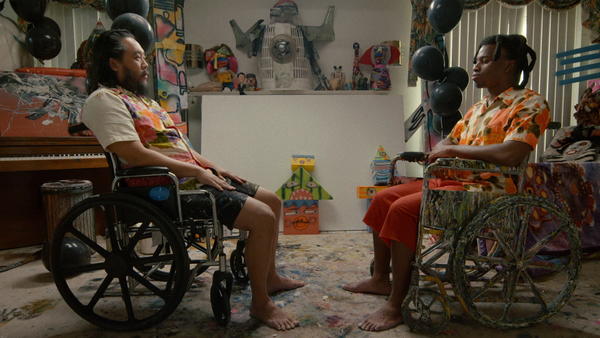 There are scenes that might make you cry (see episode 1; you’ll know when you get there), and many that will make you laugh, but every scene makes you THINK, and that is truly what makes this show great. Even when I couldn’t directly relate to some topics, it always managed to challenge my views and ideas about certain ideas.

I can’t recommend this show enough. After I first saw it, I couldn’t get it out of my head. I managed to get baked with a few friends and we all watched it together and that was truly an experience. We found ourselves pausing it consistently to talk about specific ideas and themes, challenging each other and our own perspectives. We shared our experiences and ended up learning about and exploring each other in a similar fashion that the show does.

The only caveat is – THIS SHOW IS ONLY 4 EPISODES….. seriously. I kept checking Hulu for a few weeks for more episodes until I finally Googled it to find out there weren’t going to be more for this season. I was so disappointed that I accused Google of being a liar. I’ve never craved more from a show, but at the same time, it’s forced me to sit with and be humble about what was given.

If you are someone that enjoys deep thought and conversation, and surreal and vibrant art, you will absolutely love this show. Otherwise, the rest of you can stick to your Joe Exotic documentaries. 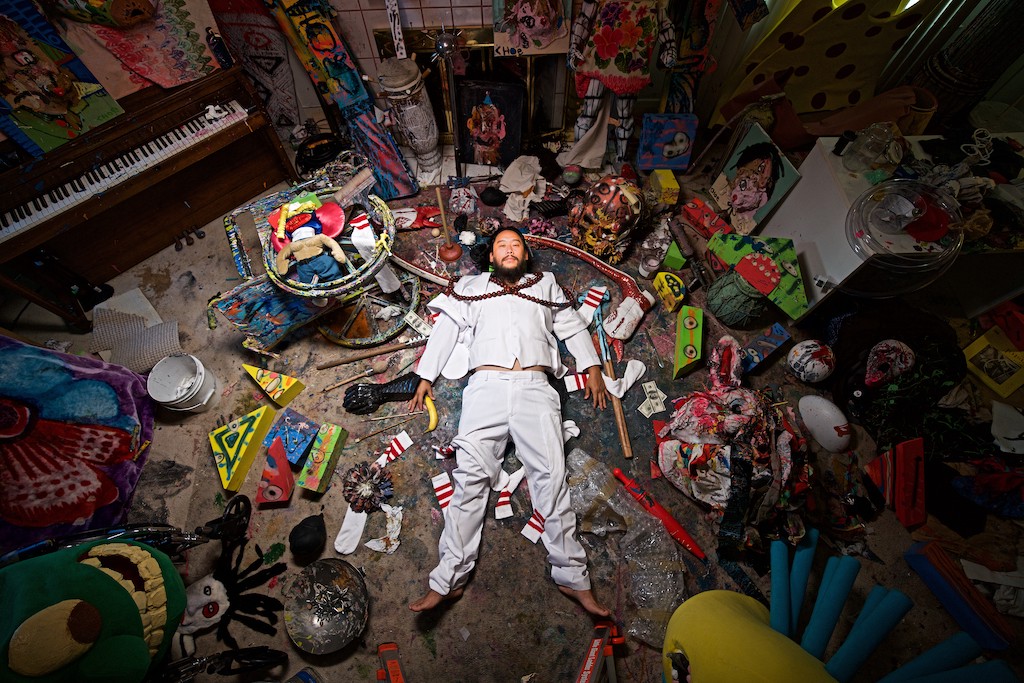