With the number of films in circulation, it is obvious ideas are normally recycled and remade into other movies. This is specifically the case with 90s movies, as many things become modernized; the aura of a different era will always remain within the entertainment industry.

With that being mentioned, which 90s movies have the best remakes? 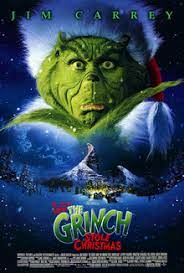 This ageless 90s Christmas movie is at the bottom of my list. On movie night during December, the Grinch Stole Christmas was invariably my first Netflix movie choice. 1957’s Dr. Seuss book was the inspiration for this concept. This was later turned into three other movies over the years, with the 2000 remake starring Jim Carrey taking the gold. Besides fitting the role, he made the Grinch come alive with his humorous antics. He acted like a selfish, old Grinch who lives on the top of Mount Crumpit with his devoted dog Max. He frequently looks down on the town of Whoville with loathing and disgust for the Christmas spirit and it’s made extremely clear by him wanting to destroy it.

While posing as Santa Claus, he steals every present, decoration, and even food in the vicinity. Nearing the end of the film, all was well because his heart had grown, and he made the choice to save Christmas; this change of heart is thanks to little Cindy Lou Who. Cindy had shown the Grinch what it means to love and feel accepted. This is a great movie for all ages. 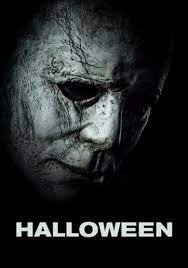 You will be on the edge of your seat as you watch this classic 90s horror film. In 1976, at the Milam Film Festival, an idea sparks for a motion picture that presents a psychotic killer; the infamous Michael Myers who preys on babysitters. They started producing the film in 1978. This movie stretched over the years with combined eleven movies and even two unreleased within the next two years. He began his killing on Halloween night at just six years old by going after his older sister, who was watching him. This resulted in Michael being sent away.

When he finally finished his sentence at the age of 21, he returned home and the reins of his terror began once again. Even with the plot extending over ten movies, the evil has never ceased. My favorite, the 2018 version that was remade and released nearly forty years later than the original and starred Jamie Lee Curtis, honestly shook theaters. Michael has kept hunting and stalking babysitters. Anyone who gets in Michael’s way is in immediate danger. He is relentless. We all hope the last two movies, Halloween Kills and Halloween Ends, provide a reasonable finale to this never-ending curse.

If you enjoy Halloween movies, check out these thrillers! 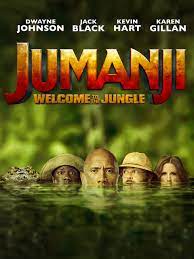 This exciting 90s family movie will have you on the tips of your toes. Jumanji was first released in 1995 with leading actor Robin Williams playing Alan Perish. The movie includes this old board game named Jumanji. This game is played throughout the movie and many wild things take place because of it. These include vines attacking cars, monkeys raiding the town, and even a massive monsoon within the home.

Many do say nothing can beat the original 1995 movie, but I have to disagree. The 2017 remake version Jumanji: Welcome To The Jungle, was a family favorite because of the witty jokes, the moderation of it, and the great cast. This included many humorous, well-known actors such as The Rock, Jack Black, and even comedian Kevin Hart. The plot consists of teenagers finding an old video game and when they get trapped within, they must survive in this realm of abnormal wilderness to escape the game’s dangers. They encounter many odd creatures and even the mark Alan had left from when he previously ventured within the game.

Check out these Kevin Hart quotes! 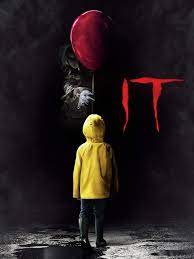 Coming in at number one is this well-known 90s thriller movie that will leave viewers in suspense over the sewer drains and what dwells within them; a cannibal, shape-shifting evil that lures and feeds solely on children. The idea originated in 1986 in a horror novel published by Stephen King. This story later developed into a movie in 1990. An evil being lurks within their hometown, ordinarily appearing as Pennywise the dancing clown, causing outcast kids to band together and swear to destroy it.

Then in the 2017 remake version, the lucky seven, or the outcasts, discover a pattern in the town’s children’s disappearance and identify the source of it. They come upon the same evil being and set out to destroy it. The kids had formed a plan to send it back to where it came from, the abyss. Near the end, they rid the town of this evil and go their separate ways, but vowing to come back if it ever struck their hometown again.

I like to consider myself as a talented jack of all trades! I am a passionate writer, technical computer wizard, music and tattoo enthusiast, hard-core gamer, and even have some killer skills on the bball court. I am also a young chef who can make the best stoner snacks you've ever tasted, and even pearl a perfect wood in the process. I am just a normal night owl who loves beanie hats, Juice Wrld, anime, weed, twitter, and my 2 pitties.