If you’ve been following the Tokyo Olympics 2021, you probably heard the Sha’Carri Richardson suspension over marijuana use controversy. For the clueless, here’s a quick reminder.

In June, Richardson, 21, dominated the women’s 100-meter race in Oregon’s U.S. track and field trials, only to be suspended from the U.S. Olympic team due to a positive marijuana test. The USA Track and Field and the United States Anti-Doping Agency announced that the suspension started on June 28th and lasted for a month. 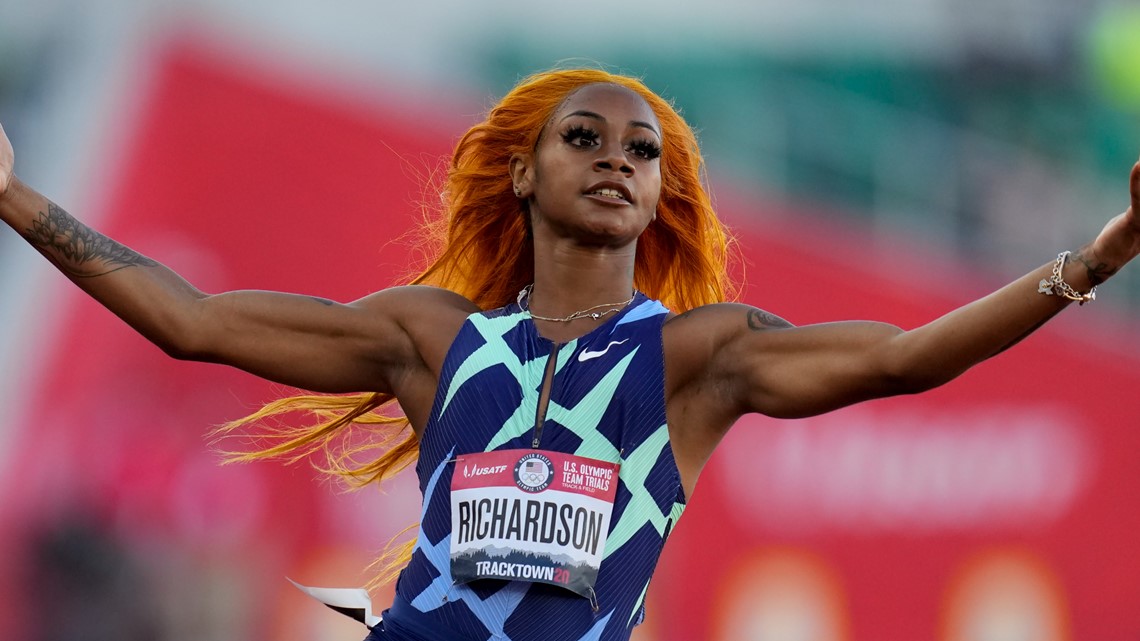 Why Cannabis Can Disqualify Runners from the Olympics

Now, I get it. Rules are rules, but in this case, there’s plenty of room for reform.

Let’s recap: The World Anti-Doping Agency lists marijuana as a forbidden drug, and the USADA and the United States Olympic and Paralympic Committee adhere to the WADA code. Isn’t this incredibly outdated? Doesn’t marijuana slow you down instead of enhancing sports performance?

Here is why the Sha’Carri Richardson suspension over marijuana use happened. According to the “rules,” marijuana violates the “spirit of the sport” and possibly poses a health risk to athletes. Let’s just agree that the belief that cannabis is a performance enhancer is absolute outdated bullshit.

The World Anti-Doping Agency clings to a paper from 2011, arguing that smoking marijuana enhances performance because it decreases anxiety and enhances oxygenation before the competition.

Even the interim president of the U.S. Cannabis Council, Steven Hawkins, claimed that the 2011 report was ludicrous, stating that there’s no empirical proof that THC boosts athletic performance and that it’s harmful to one’s health.

I’ll repeat it; the rule is bullshit.

Hey, even well-known weed supporter Seth Rogen called out the suspension of the sprinter on Twitter after the athlete tested positive for marijuana. He said that:

“The notion that weed is a problematic “drug” is rooted in racism. It’s insane that Team USA would disqualify one of this country’s most talented athletes over thinking that’s rooted in hatred. It’s something they should be ashamed of. Also if weed made you fast, I’d be FloJo.” https://t.co/swDLNoVcV3

Why Did Sha’Carri Richardson Use Marijuana?

Did the USA Track and Field Association care about Richardson’s explanation about why she took marijuana in the first place? That she used marijuana to get through the shocking news of the death of her mother? Nope. She was disqualified anyway.

According to Richardson, she learned about her mother’s death during an interview. She claimed that:

“It sent me into a state of emotional panic.”

The athlete also added that:

Could It Be Racism in Sports?

The fact that Richardson, who is known for not only her hasty speed but also fierce attitude, was not chosen for the Olympics team because she took a substance that’s allowed in 18 states (as well as Oregon, where the star used it) doesn’t sit well with me.

Plus, the fact that marijuana is not a performance-boosting drug point to the fact that all of this could be about something more significant — it’s possible that racism in sports strikes yet again.

Richardson isn’t the only Black woman who’s been a target of racism in sport. Recently, Brianna McNeal, a U.S. track star, claimed she didn’t open her door to anti-doping officials because she was dealing with a traumatizing abortion. Unfortunately, McNeal won’t have the chance to participate in the Tokyo Olympics 2021.

According to a tweet in response to McNeal’s ban posted by a nonprofit civil rights advocacy organization, Color of Change:

Brianna McNeal was banned for 5 years after missing a single test while recovering for an abortion. It takes 3 missed tests to trigger a violation.

When I read this, I was appalled. Now, let’s travel back to the 2016 Olympic Games in Rio when Simone Manuel became the first African-American to get a gold medal in the Olympic swimming event. Believe it or not, the San Jose Mercury News presented Manuel’s victory as:

Do I need to continue with more examples of racism in sport?

However, Sha’Carri Richardson and her suspension over marijuana use is not the only controversy the famous track and field runner had to deal with. Namely, when the Black athlete was first introduced to the spotlight, people were commenting on her appearance, often describing her hair and nails as “ghetto”.

Sha’Carri Richardson Suspension Over Marijuana Use and the Hypocrisy

When I recently found out that Megan Rapinoe, a White Olympian and US soccer sensation, has been advertising CBD products and their benefits for players at the Olympics, I thought to myself: Isn’t this hypocrisy and racism? Even critics claim that the anti-doping agency is writing off white athletes while at the same time condemning Richardson for testing positive for marijuana.

Of course, keep in mind that the doping officials allow CBD for athletes. All other synthetic and natural cannabinoids, on the other hand, are prohibited. However, CBD and marijuana were illegal until January 1, 2018, when new laws took effect. According to a Twitter user:

“White supremacy is banning Sha’Carri Richardson for smoking weed while Megan Rapinoe gets praised for her use of CBD. Highly reminiscent of how crack cocaine is infinitely more heavily criminalized than powder cocaine to ensure the disproportionate incarceration of Black people”

Beyond the experiences of Black female athletes, Soul Caps, a brand of swim caps meant to protect natural, thick, curly hair, and weaves, dreadlocks, and extensions, have been banned by the Olympics governing body. Where does racism against black women and men stop?

Between Sha’Carri Richardson and this, the Olympics really are sending quite the message to black women https://t.co/1mMmNK37Qd

Did you think racism couldn’t get any worse? Get your bucket ready because this might make your stomach turn. The International Swimming Federation or FINA decided to ban the swim cap for natural black hair because it doesn’t adhere to “the natural form of the head”.

All in all, we can’t escape the fact that Richardson dominated the first weekend of the trials, attracting attention with her electrifying performance, her fiery orange hair, and the heart-warming moment when she embraced her grandmother.

The Olympics track and field hasn’t seen such a thrilling performance before. Richardson’s victory in just 10.86 seconds made her a top candidate to win gold at the Tokyo Olympics in 2021. Nevertheless, Richardson became the second-fastest 100-meter runner in 2021, trailing only Fraser-Pryce.

As for the controversy surrounding Sha’Carri Richardson and her suspension over marijuana, all I can say is that it deserves the media attention and the backlash from the outraged public. Like mentioned before, racism against black women and racism at the Olympics is nothing new. Hell, the whole cannabis business is racist.

But hopefully, we can work together to make it more evident to the public because only that way can things genuinely change.