Outkast’s ‘ATLiens’ – Looking Back at the Classic 25 Years Later

26 years ago, according to Andre 3000, the south had something to say. A year later, Outkast was back with their sophomore release ‘ATLiens’ to prove it.

In a rap game dominated by New York star power, Atlanta wasn’t supposed to be the next big thing. At the time, it felt like everyone was just a bystander to the East vs. West coast beef. Meanwhile, the enigmatic duo Outkast was busy crafting an album that would touch down somewhere between Decatur and outer space. 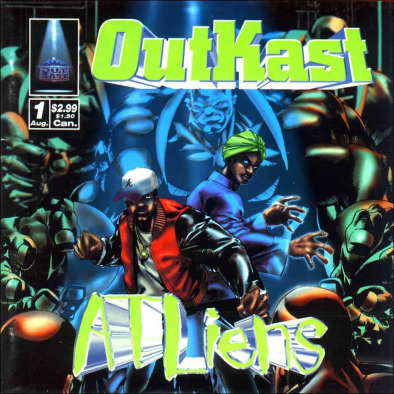 Big Boi and Andre 3000 burst their way onto the scene at a mere 18 years old with their album Southernplayalisticadillacmuzik. This platinum-certified debut would set the tone for their explosive careers. The two rappers were born and raised in Atlanta, meeting in high school and combining forces just in time to create and release their first project after graduating. After touring to follow up the success of Southernplayalisticadillacmuzik, Big Boi and Andre were ready to take on their next challenge.

Before they dove into their next record, OutKast made their mark on the industry and inspired generations of artists when they accepted the Best Newcomer award at the 1995 Source Awards. They say you could’ve cut the tension between opposing sides of the room with a knife. With Snoop Dogg, The Notorious B.I.G., Suge Knight, and more in attendance, the animosity between the two coastal hip hop scenes was more than apparent. Amidst boos from New York artists and their crews, 3 Stacks grabbed the mic and relayed his groundbreaking message, “The South got somethin’ to say! That’s all I gotta say.” Then they proved it.

The group would then return to their home city to begin the creation of ATLiens. Despite complications in both of their personal lives (Andre’s 2-year relationship ended, and Big Boi became a father), the rappers truly locked in to bring a new sound and a new attitude to the game. By this time, both Andre and Big Boi were flexing their production chops. Wanting to take their artistry to the next level, both had learned to engineer sound to further bring their vision alive. In fact, “Elevators (Me & You)” was the first song recorded for the album, and also happened to be produced by the duo themselves. Credits list group Organized Noize as having a big hand in the creation of this masterpiece as well. 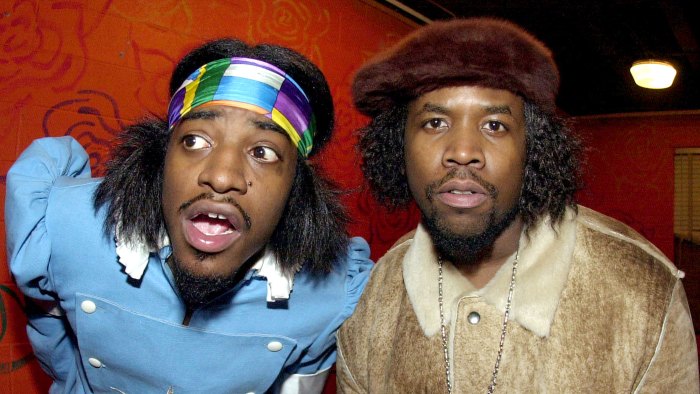 ATLiens is an apt name for the spacey, foreign tracks that fill the album’s 57-minute runtime. While their previous project may have proved their skill, this cemented it. OutKast laments the difficulties that come with young adulthood in the South through masterful lyricism and flows that sweep you into another dimension. The introspection and boasting go hand in hand, the subjects as relatable as they are out-of-this-world. This isn’t surprising, knowing their situations in life and the industry that they were coming from. They were outsiders with stuff to get off their chest, and a record to set straight.

Their hard work was not in vain. To this day, ATLiens stands as one of the great rap albums of all time. Any student of real hip hop will tell you that it is a masterclass in lyricism, atmosphere, and pure skill. OutKast is held in such high regard for a reason: they broke the mold, and they looked good as hell doing it. The album was released to wide acclaim, garnering 350,000 in sales within a couple of weeks and eventually going on to be certified double platinum. Andre and Big Boi set a high bar for themselves with their debut but managed to blow it out of the water with their sophomore release.

Thrown into the limelight before they even reached their 20’s, it’s safe to say that Big Boi and Andre 3000 had to grow up quickly. Broadening their horizons by touring was only half of it. The two were navigating life, changing by the day, and trying to convey their lessons learned into 3-minute records. Whether you’re from ATL or not, the clarity and uncertainty displayed side-by-side in their verses is striking. The duo not only went against the grain of mainstream gangster rap, but also brought the eclectic South to the level it deserved. Their influence is noticeable today with rappers like Isaiah Rashad accrediting his passion to a copy of ATLiens he was gifted during his childhood.

The feeling of having something to prove while feeling like an outsider is not unique to OutKast, and the messages they carried still impact us 25 years later.