Gat-Daaammn! 30-years ago, suburban white kids everywhere were trying to convince their Mom that an album titled ‘O.G. Original Gangster’ was suitable for a 12-year old. He rocked a tuxedo on the cover, so perhaps it was classical? No, the title wasn’t O.G., it was “O” and rated G. Whatever the excuse, the Ice-T masterpiece was a worthy purchase and has remained a timeless classic 30 years later. 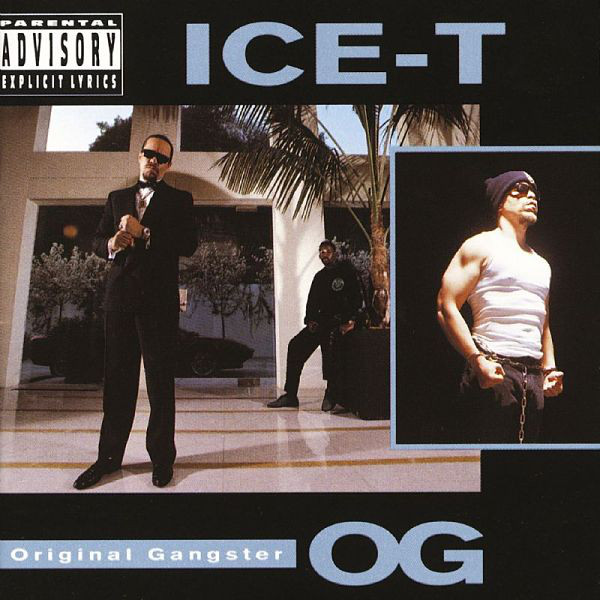 No hyperbole, this O.G. is in my pantheon of greatest 5 hip hop albums of all time. The album is littered with classic jams and story rhymes. A total of 24 tracks were laid down on this classic.

Every aspect of this album holds up today. The layered beats and hard drums make the production hard to match. Lyrically Ice-T is at the top of his game. It’s hard to find another hip-hop album in history that was a better balance of gangster, horror, metal, humor, and detailed storytelling.

Ice-T set out to make a dope record but his album changed the world. This is one of the first hip-hop albums that truly infiltrated all areas of the suburbs. Sure, N.W.A. was making inroads but ‘O.G. Original Gangster kicked the door open to exposing millions of suburbanites to gangster tales from the streets of Los Angeles. I’d go on to read his book The Ice Opinion and learning a lot about business and how to approach work from it.

Perhaps it was the inclusion of a Body Count track that widened the net. Or the success of the blockbuster film New Jack City, in which Ice-T had a co-star role. Maybe it’s the familiarity of suburban moms seeing Ice-T make a super intellectual appearance on Oprah in 1990?

Whatever the reason, this album was everywhere, and rightfully so. The album went on to sell over 500,000 units within the first two months of its release.

Another interesting fact is Ice-T released a video for every song on the track. I remember having the VHS and laughing my ass off at the dude running naked through a bee farm. One of the most random things you’ll find in hip-hop. I think I’m going to check eBay for a copy tonight.

Ice-T (@FINALLEVEL) dropped his fourth album 'O.G. #OriginalGangster' 30 years ago! Back in 1991, he spoke with us about creating videos to accompany the release, and telling the album's story visually 🔥 pic.twitter.com/rlZpJgegPz

Although it’s nearly impossible to pick a favorite off of the O.G. LP, I’ll highlight my favorite 5 tracks of the album.

The Mean’s Top 5 Songs on O.G. Original Gangster by Ice-T

Incredible Black Sabbath sample, banging drums. This track is incredibly slow and allows for the Ice-T’s story to be so clear to the listener. This track is visually amazing. I say that because it’s like watching a movie. I always loved how at the end it’s revealed to be a prequel of 6 ‘N the Mornin’.

2. Pulse of the Rhyme

This is horror-core before the newbs pretended they came up with something new. The bassline is sick and Ice’s dark lyrics are the perfect combo.

The title track might be my favorite on O.G. Ice-T delivers some insight into his development as a rapper on this one. Showing that he has worked hard to get to this point. So step to him if you think that you’re ready to, got a new bulletproof?

4. Lifestyles of the Rich and Infamous

Some of the best humor on the album. Ice-T’s versatility to deliver humor right alongside hardcore gangster raps is one of his best qualities as an artist. I only hope the story about Godzilla in Evil-E’s room is true.

From the New Jack City soundtrack, this was the anthem for the summer of 1991. Imagine Ice-T working at Mickey-D’s? Hell to the NAW!