New to Netflix: Master of None Season 3 Review

From time to time a content creator (and it doesn’t really matter too much what kind of artistic medium) will make creative decisions that drastically change or alter the direction of a piece or line of work. We see this kind of thing a lot with musicians who seemingly out of nowhere decides to try a new genre for an upcoming record, or when a writer attempts to take on a subject or plot that is outside of the realm of their fans’ expectations. Such is the case with the latest season of the hit Netflix show ‘Master of None’.

At its core, art is really a product of the person(s) that poured their soul into creating it. With that said, Master of None is completely open to being whatever comedian Aziz Ansari (who created the show along with Alan Yang) envisions it to be. While I try my best to respect artists and whatever creative direction they decide to take with THEIR work, even in the event that I don’t like the end result too much, I do have a right to reserve an opinion. And as a fan of both Master of None and Ansari’s canon of work, it pains me to say that this is one of those times where I not only felt like his new direction with the show didn’t work, but I downright hated it.

So without spoiling any aspects of the plot, let’s dive into some of the changes Ansari decided to make and why I feel it just didn’t work.

Master of None Season 3 Defies Any and All Fan Expectations 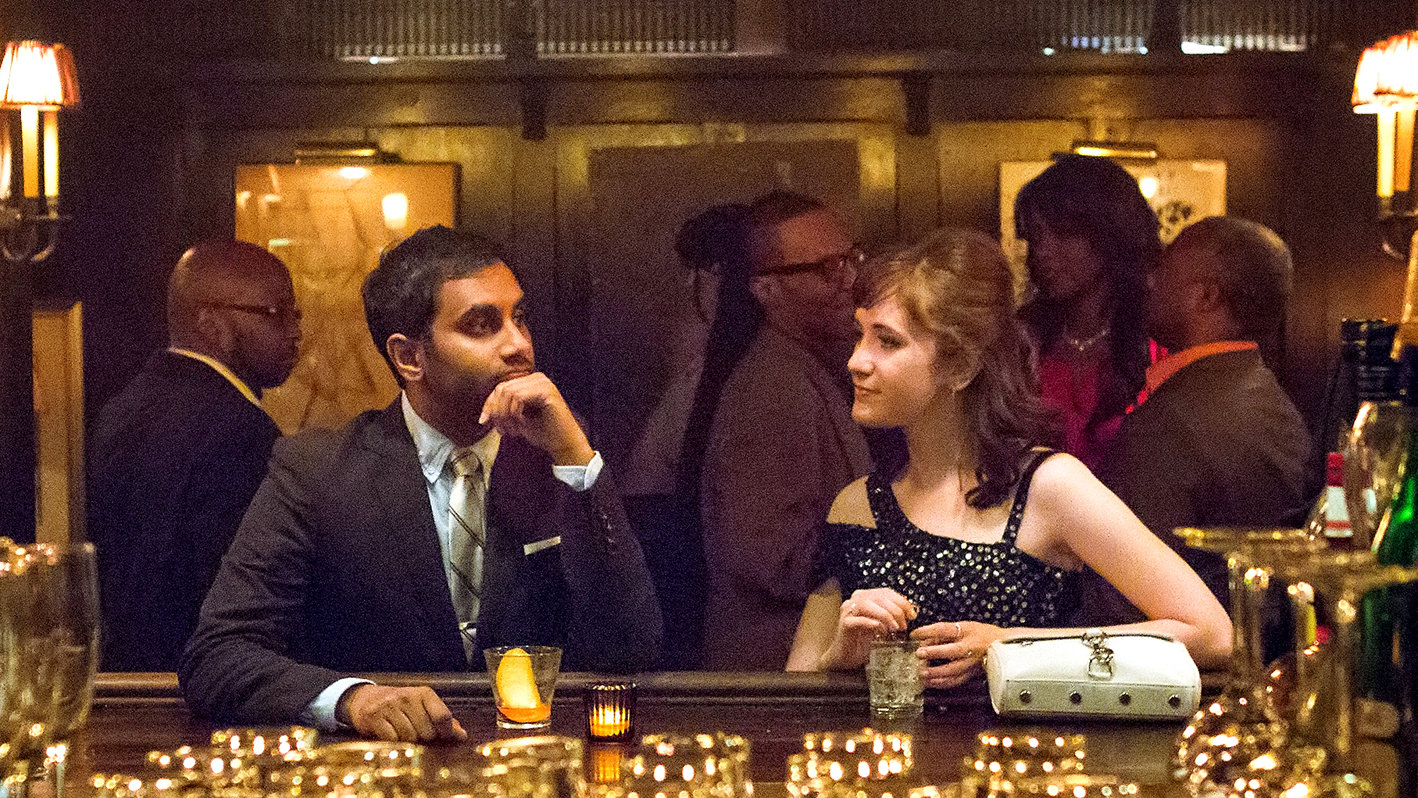 I found out about 2 weeks prior to the premier that there was actually going to be a new season of the show. After the second was put out in 2017, and co-creator Aziz Ansari went through some issues with his career involving a “bad date” experience in which a women accused him of sexual assault (which has been under a lot of heavy debate), the future of the show felt uncertain. In an interview with Vulture, he stated, “I don’t know if we’re going to do a season three… I don’t have anything else to say about being a young guy being single in New York eating food around town all the time.”

Considering where the show was and where he decided to take it, his statement makes a lot of sense. The first two seasons followed Dev (played by Ansari) as he navigated his life as a single, struggling actor in New York City. With a heavy focus on his romantic pursuits, the show also had subplots that explored deep subjects ranging from race to same-sex relationships. Its execution was consistently genius, always presenting interesting thoughts and ideas, full of depth and insight, with an extremely charming cast (including the hilarious Eric Wareheim and Lena Waithe as Dev’s best friend Arnold and Denise, respectively) and a bitchin’ soundtrack to boot.

So it seems that the basic plot of a young, single guy in NYC became stale to Ansari and he felt it was time to go in another direction… If you stop right there, as a fan of the show this should fill you with some sense of excitement – change and growth, especially with art can be a really great thing, and especially transformative if you as the viewer are there to change and grow with it.

Because Ansari has had a tendency to deliver impressive work, I was sure that his vision of season 3 would be something to behold. I expected a torrent of laughter and insightful comedy that he has become so well known for. I expected everything that swooned me about the first two seasons, and then some.

Holy shit was I wrong.

Master of None season 3 is the polar opposite of everything I personally loved about the first two seasons. The show is no longer a comedy show – it seems it was decided that the show is now a drama and an extremely depressing one at that. Dev is also no longer the main protagonist, and we instead follow Denise and her wife Alicia as they attempt to avoid the inevitable downfall of their marriage. It seems to be shot on film and uses a lot of static, long-drawn-out shots too, I suppose, to evoke emotion and capture the dreary setting the vast majority of the 5 episode season takes place in. And the dope soundtracks to the earlier seasons are close to gone.

Are the Changes All Bad?

I’m torn on exactly how I feel about this season. I have this deep disappointment about the drastic redirection the show decided to take, large in part because of any expectations I had from what I could close my eyes and imagine a new season of Master of None would look and feel like.

My fiance and I, who are both big fans of the show, popped some edibles and were madly hyped to sit down and watch it. But throughout the first few episodes, we spent most of the time looking at each other, saying things like “where is this going to go?” and “…you bored too?” The long, drawn-out shots and scenes life us bored and easily distracted, turning to our phones to keep from drifting to sleep. But around the 3rd episode, my Mom, who has never seen the show and had absolutely no expectations, joined us and was immediately engaged. It is relevant that the subject matter is a bit relevant to her, but she also didn’t find the slow shooting style cumbersome the same way we did. She seemed to find and enjoy the beauty in it.

So I’ve been wrestling with the idea of whether or not I’m just a butt-hurt fanboy or did I honestly feel season 3 was ‘bad’. The 2 biggest things it did hang onto that the first 2 seasons did have in some way is an insightful social commentary about society and relationships and a bit of experimental filmmaking by Ansari. 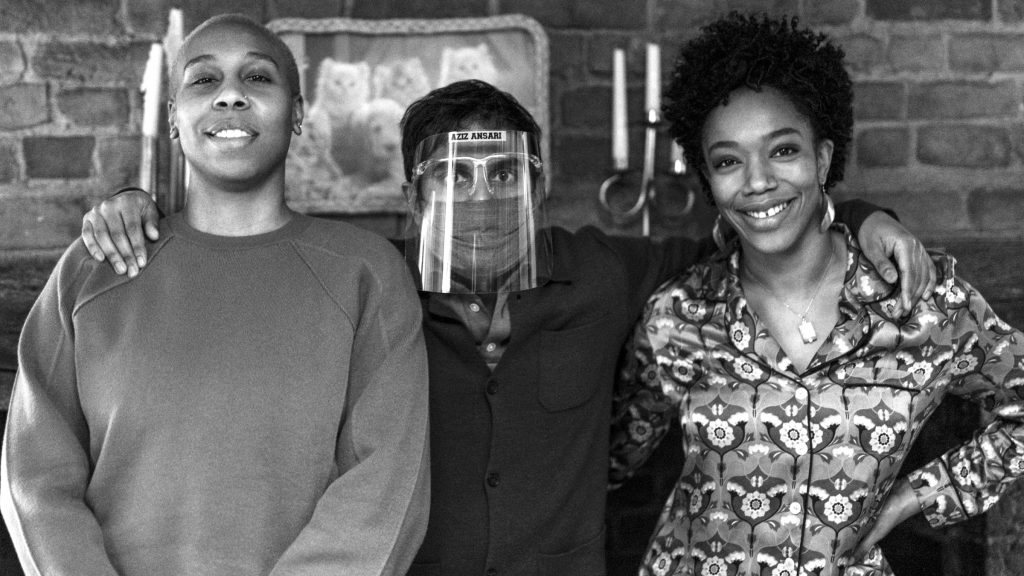 Denise and Alicia’s stories feel like a tale worthy of sharing. The struggle that some have with reproducing and dealing with age, on top of juggling relationships and jobs is all heavily addressed in a relatable package. You feel a lot of the pain and hurt the character goes through, and accompanied with Ansari’s very avant-garde filming style this time around, those feelings are exacerbated.

And Denise, just like in the first two seasons, even in all of this season’s dreariness, was a character I really enjoyed. She plays the lonely stoner quite well and it works really well in a few key scenes, such as their conversation outside upon revisiting the old house in the final episode. 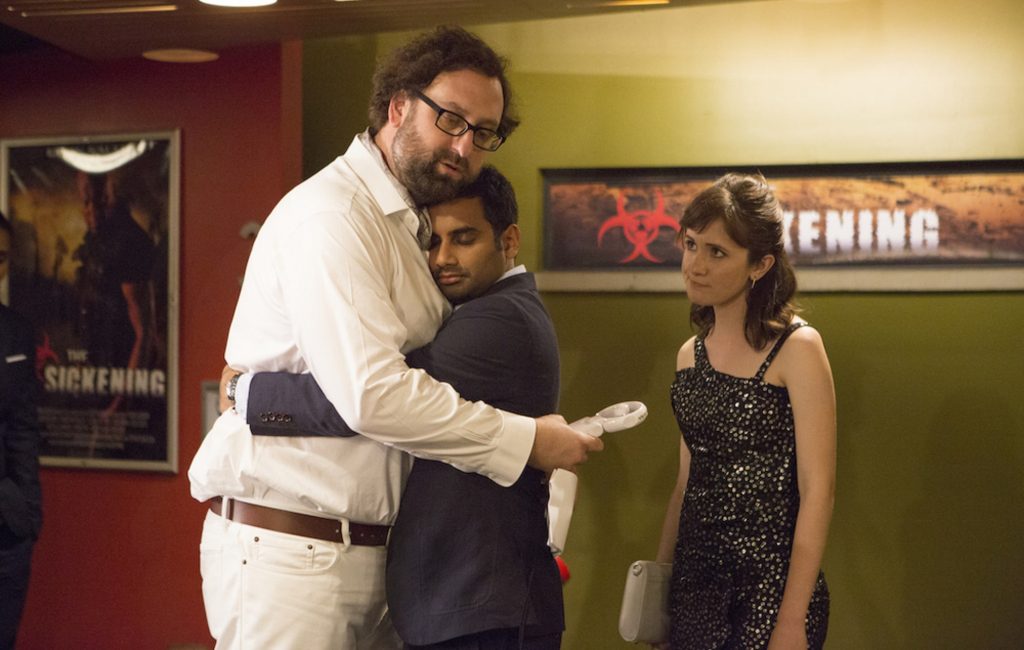 After watching this season, I felt like I needed a hug. This season was very deep and a bit dark at times, but it does end with some sense of closure to, quite possibly, the entire show. I’ve come to term with the fact that the changes to the show and the way it was shot are aspects I wasn’t too keen on, but it doesn’t take away from the fact that it does have a story to tell, one which probably hasn’t been told quite in this way.

Personally, I believe this season should have been some sort of spinoff. A change of direction to a spinoff would have made a lot more sense, and at the same time distanced itself from the comedy show that fans would expect by hitting play on Master of None. And as much as I wanted to like the stylish way it was shot, I felt more taxing to watch than entertaining or interesting. While the scenic shots and choice of location are impressive to behold, the long shots made the show feel as though it was dragging aimlessly as opposed to heading to a definite destination.

So do I believe this is worth the watch? Well, that kind of depends. While not at all a “stoner” show, Denise’s character gives this deep, insightful stoner vibe to the show that is definitely interesting for anyone that likes to puff and think. If you love to get baked and watch dramas, then this might be for you. But otherwise, this one you might want to avoid.