This past June 17th, Netflix dropped the second season of its original zombie horror series ‘Black Summer‘. Now I know what many of you might be thinking – “Jesus, more zombie shit? Hasn’t that well pretty much dried itself out?” I totally get that sentiment because for every one good horror movie there are like 50 unoriginal, weak ones, and the zombie sub-genre is no exception.

But…. there is just something about a GOOD Zombie film or show that just makes the sub-genre timeless, at least for fans like me. George A. Romero’s early films alone will be worshipped by horror fans until the end of time and rightfully so. And even a show like The Walking Dead (a well that definitely dried up a few seasons ago) deserves its place in the Horror Hall of Fame. And over the years there have been super successful attempts at combing it with other genres such as the slacker-comedy ‘Shawn of the Dead’. But as it gets more and more watered down with bullshit, the more difficult it is becoming for creators to make something that will truly stand out.

So, ‘Black Summer’ at least garnered enough faith in the Gods of Netflix that it was granted a second season…. but was it worth it? And does the series fall into the sophomore slump curse that so many shows before have? The short answer is No – this show kicks ass. So let’s dive into what makes it worth your attention. 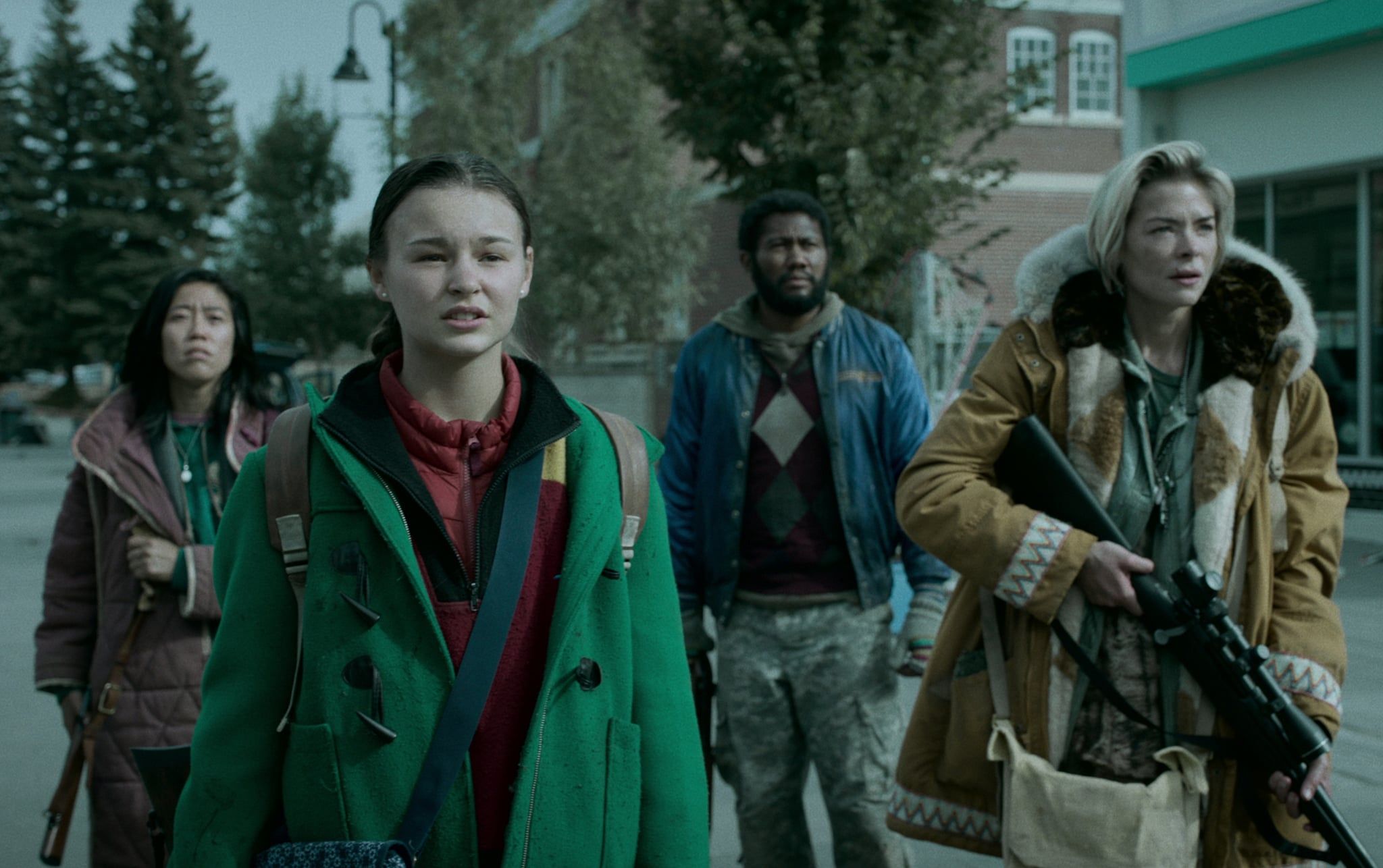 The first season of ‘Black Summer’ followed a small handful of characters, each with their own stories that all converge at some point in some way. The main character and leading story arch follow Rose, played by Jaime King, who gets split up from her young daughter early on in the show in an attempt to save her ill husband. Of course, it’s so early on that she doesn’t realize her husband’s a dead man walking; of course, he quickly turns and all hell breaks loose. The streets are running rampant in chaos with burning cars and people screaming bloody murder, very reminiscent of the opening scene of the ‘Dawn of the Dead’ remake by Zack Snyder. Rose is now alone and sets out on a journey to find her daughter, gaining the help of a few unlikely friends along the way.

Without giving away too much, season one ends with her completing the said journey, and season two picks up where we left off, but in the near future. We eventually meet up with Rose, her daughter, and a few other familiar faces, but this time a new, much more complex mission is at hand and, for better or worse, the seasons have changed.

‘Black Summer’ was originally meant to be a prequel to the SYFY show Z Nation (also currently streaming on Netflix), which is… a bit weird considering Z Nation is about as campy as campy zombie horror could possibly get, while Black Summer is far more rooted in drama, scares and familiar genre tropes. The creators of Black Summer, John Hyams, and Karl Schaefer, served as co-creator and executive producer respectively on Z Nation, but as of late, they have distanced themselves from being a direct tie-in with Z Nation, which, in my opinion, is probably for the better. Not to say that Z Nation is a bad show because for fans of campy horror it’s definitely a fun show, but Black Summer, in my honest opinion, is clearly superior in many aspects.

Why THIS is the Zombie Show To Pay Attention To

I have to admit that when I first saw the first season, I wasn’t super impressed. Don’t get me wrong, it had a lot of elements that I love about the zombie genre – relentless horror, crazy scary (and fast) zombies, killer acting, and shameless acts of violence. But, unfortunately, the first season to me felt just too familiar. It really didn’t present anything new for the genre and it just felt like it had been done before.

Season two, on the other hand, felt like the writers heard that same kind of critique from some other bummy internet blogger and said “all right then, hold my beer.” It still has all of the dramatic and edge of your seat action that season one had, but it’s improved even more with better and more unpredictable writing. I found myself consistently surprised with where all of the stories went, and I felt more emotionally invested in the main characters. 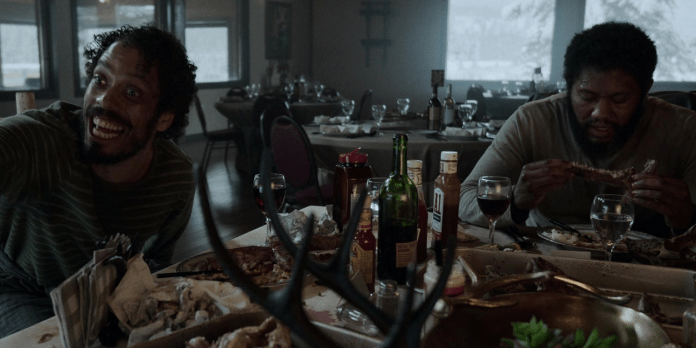 It also goes into even darker places than the first season, further pushing the idea that if a zombie apocalypse happened tomorrow, the other survivors would eventually become more of a threat than the dead. There are some character interactions that are downright chilling and creepy at times. This also helps with the development of the main characters, which I also thought made the first season worth the watch, if not for anything else. 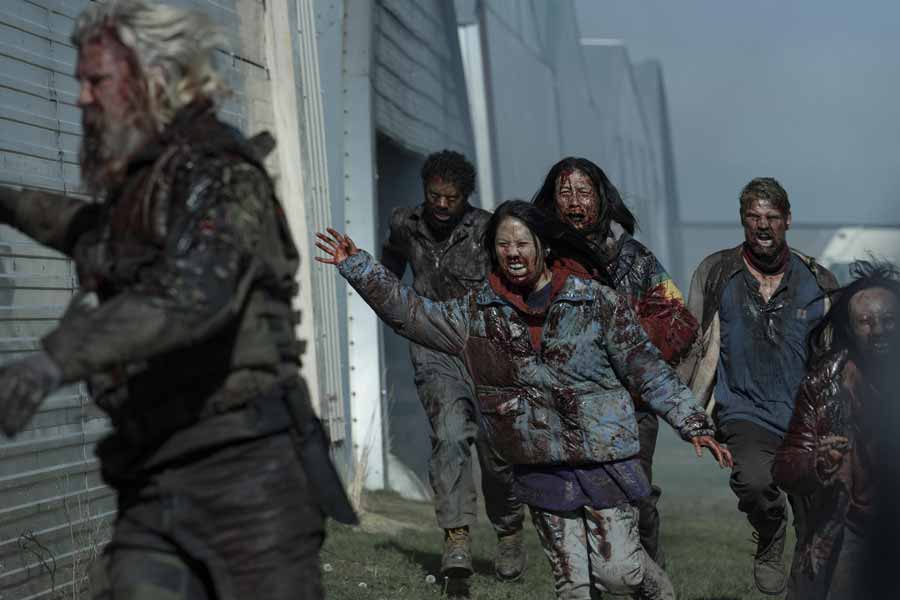 If you can’t tell by now, I became a big fan of this show with season 2. My wife and I binged both seasons in just a few days and it instantly sucked us in. We talked about who our favorite characters were and tried to analyze all of the characters that seemed to have ill intent. If you’re someone who scares easily, it will definitely get your heart rate going.

I also felt that it had a very dark “feel” to the direction. It seems like it’s just endlessly cloudy where ever the hell it takes place, and it just compliments how dark the story arches go oh so well. It also has these long, drawn-out scenes that give it a “real” feel, as if you’re watching from the other room as everything happens, or across a field in a house watching shit go down from a window. Overall, it’s just incredibly well produced and directed, in my opinion.

If you dig horror as much as we do, definitely light one up and check this show out. This is the way zombie horror should be done.