New to Netflix: ‘Army of the Dead’ Review

Since its release on May 21, 2021, I’ve kind of been avoiding this film like the plague. You know when you hover over something on Netflix and it auto-plays a brief clip or trailer? Well, this is one of those cases where the chosen clip is a terrible representation of what the piece is actually like. Netflix would have done better to use a trailer to sell just how crazy Army of the Dead truly is, especially visually.

So that stupid clip of Scott Ward explaining to Ludwig Dieter how to kill a zombie, something so painfully obvious that the dialogue misses its attempt at humor, kind of turned me off for a bit. But after finding out the Zack Snyder directed it, I decided to jump in without much thought, and I’m fairly glad I did. Army of the Dead is an action-adventure, zombie movie, doused from head to toe in really well-done 3d and special effects, and its campy qualities make it perfect for a good, stoner movie night.

Synopsis of Army of the Dead 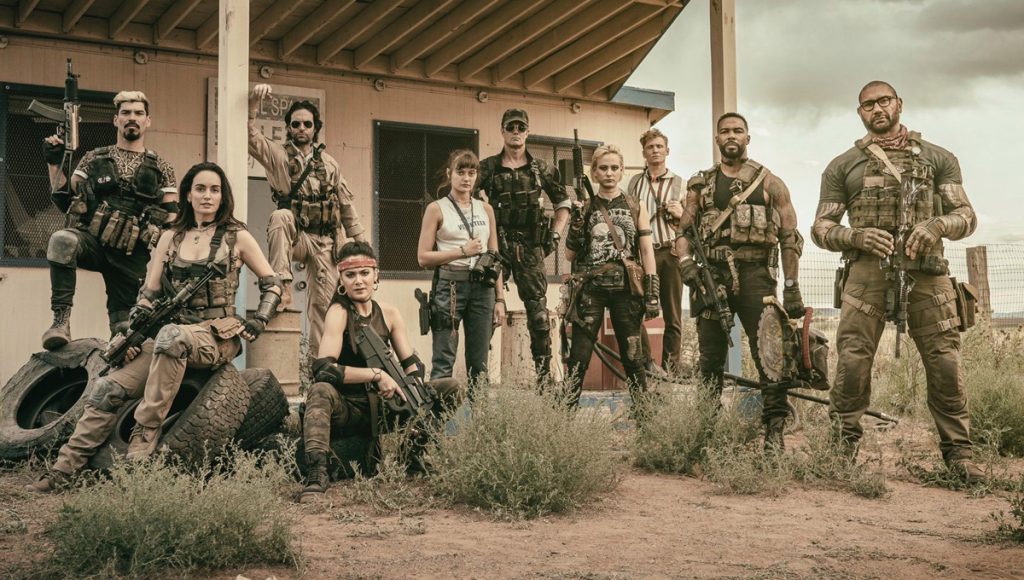 ‘Army of the Dead’ follows a super, simple plot – a group of mercenaries band together to heist a casino in a zombie-infested Las Vegas. Scott Ward, the leader of the gang played by Dave Bautista, is tasked with putting together the group after being offered the job by a wealthy Japanese businessman who apparently owns the casino the cash is in but isn’t badass enough to get it out on his own. Ward puts together a wild team of misfits that each carry expertise in some field. For example, Vanderohe is the all-around warrior that will keep the gang extra protected, while Ludwig is tasked with breaking into the safe and Marianne will fly the escape helicopter.

Each member has a bit of their own incentive for joining, but most of it comes down to the big payout which comes with the promise of a better life in the current post-apocalyptic American wasteland. A few side stories evolve, such as Ward bringing along his daughter Kate in a vain attempt to reconcile their estranged relationship.

Overall, the plot is fairly simple and arguably unoriginal throughout, which isn’t exactly bad. At its core, Army of the Dead is an adventure movie that pulls out all the special effects and movie cliches it could muster up. It’s shamelessly violent in a way that’s so over the top that it’s unrealistic, which I found to be fun. And if you can learn to not take it too seriously, it’s actually a really entertaining watch for a few different reasons. 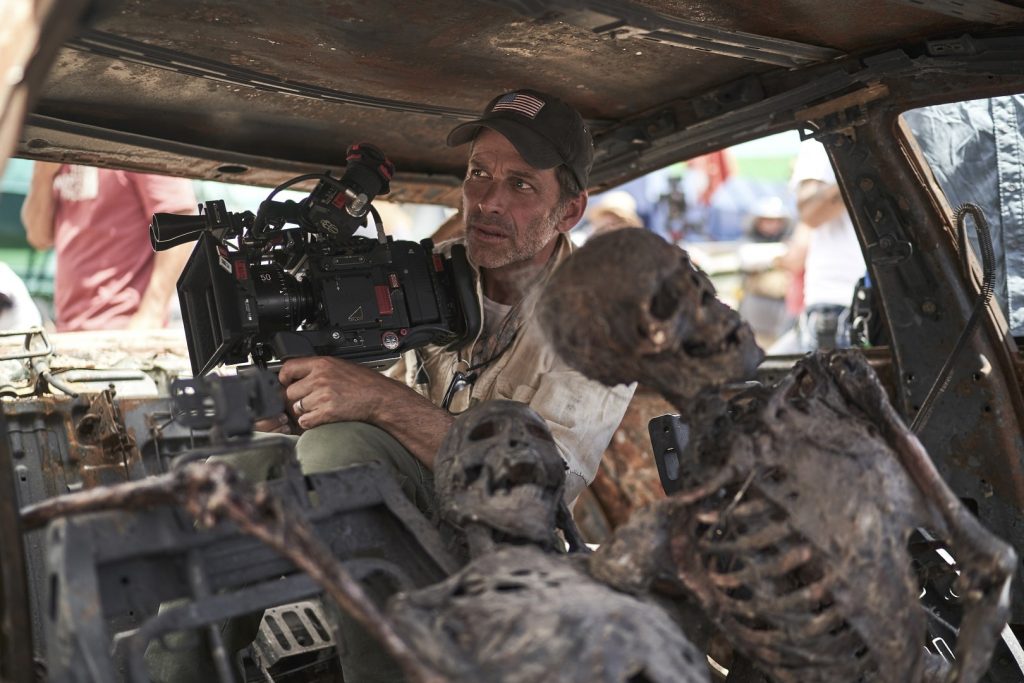 Director Zack Snyder’s first film was the cult classic 2004 ‘Dawn of the Dead’. Remade from the original film of the same name by horror legend George A. Romero (and to this day, one of my favorite zombie classics ever made), Snyder’s version managed to deliver a solid remake and is attributed with helping reignite the zombie genre. He then went on to direct 300 and Watchmen, also both solid films.

In the past years, he’s been also working closely within the DC universe, directing such films as ‘Man of Steel’ and ‘Batman v Superman’, while also writing and producing a few others. All the while, he’s been evolving as a director and seemingly finding his own style as a filmmaker, and with every film he makes this all seem to become more and more refined.

I believe Snyder’s catalog is a bit hit or miss, but one thing is for certain – he seems to love filmmaking. Even his most questionable works, such as ‘Suckerpunch’, are still entertaining works to watch at the very least and pay homage to great genre films before it. After watching ‘Army of the Dead’, I watched the making of the film where he discussed ‘Dawn’ and how it inspired ‘Army’. He knew back then the weight of creating something like a remake of a Romero classic but seems to do it from a love of the genre and a precise understanding of the source material. 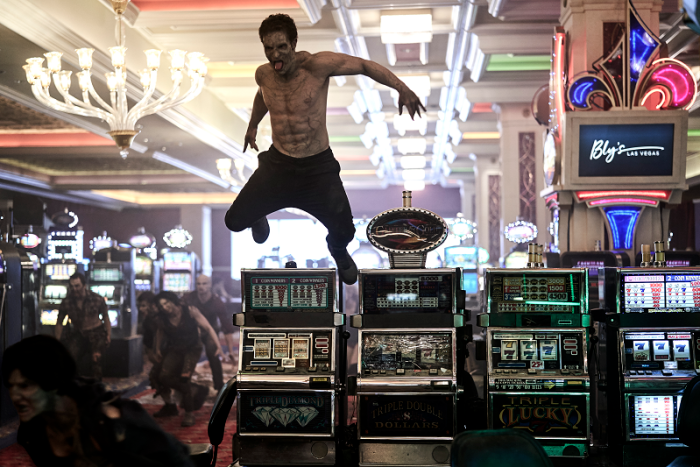 You get the sense that ‘Army’ derived simply from Snyder’s love of the Zombie genre and he seems to make movies specifically for the fans which is cool as shit, even if you aren’t a big fan of the film. He’s at a point in his career where he could pretty much make anything (like lame superhero movies that will FOR SURE generate a profit, whether it’s shit or not), but he decided to opt for something wild like this. Respect, Zack Snyder. Respect.

The Good, the Bad, the Ugly

Unfortunately, ‘Army of the Dead’ fails to impress much outside of its visual appeal. The story, as stated before, is pretty flat and unoriginal, which doesn’t always have to be a bad thing, but in the case of ‘Army’ it’s also accompanied by poorly written dialogue and a shitload of plot holes. 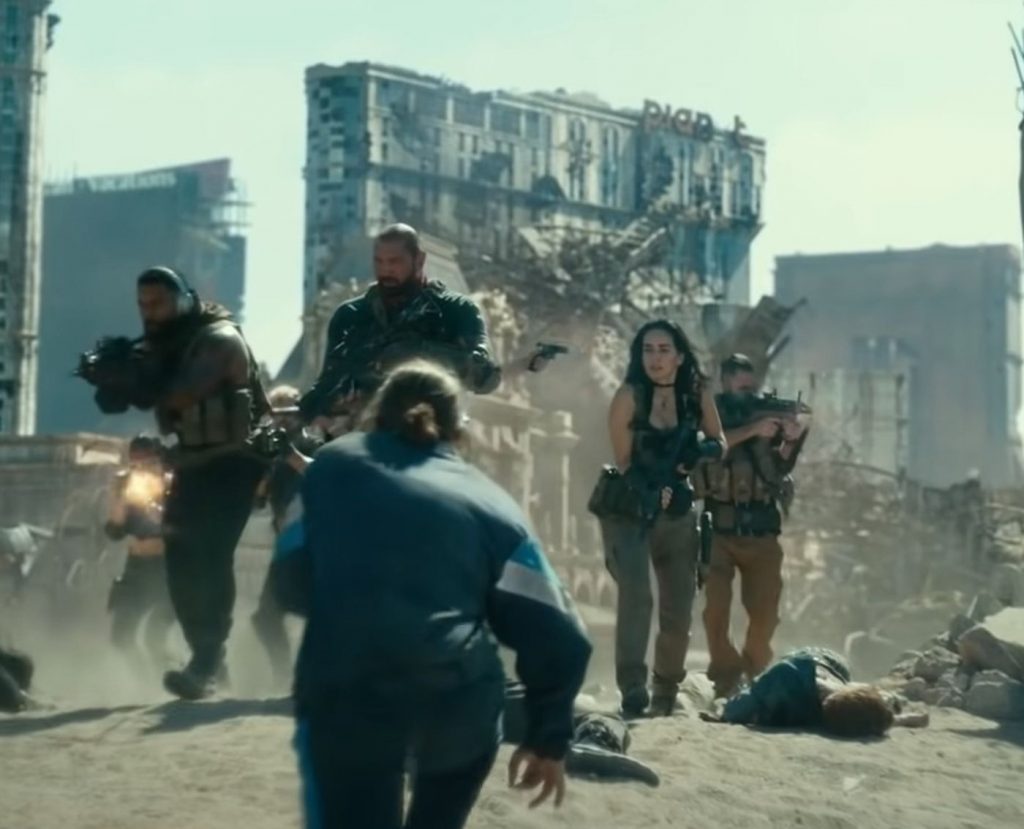 A lot of these things can be forgiven if you view the film from the lens of being campy, but this is where I get confused – was this film actually meant to be campy? I feel like it because the dialogue and some scenes are so bad that they are cringy, but the amount of money poured into the film almost gives you the sense that it wasn’t meant to be, and instead just suffers from shit writing. If the campy quality is done well, like in a lot of old school B-horror movies done in the 80s which were primarily low budget and indie, you should fall in love with just how bad and cringy a movie can get, but ‘Army’ falls a bit short with this.

To top it all off, the characters are also a bit boring. At no point in the film did I ever really care much for a specific character, including out hero Ward, and whether or not they would succeed in their quest. While some characters were badass in some scenes and Tig Notaro’s character actually made me laugh a bit, I never connected with any of them much.

Now, I know it sounds like I hate this film or that I think it sucks, but that’s not the case. The moment I let go of the bad qualities and embraced the good, especially the visual work, I quickly became just simply entertained. Snyder’s films aren’t known for stellar writing or timeless stories, so don’t go in expecting Tarantino-level dialogue with Scorcese-level performances and you might just find yourself strapped in for a fun ride.

I love a good horror film, even the bad ones, and there are a ton of great ones on Netflix. While I would totally recommend this film to friends who also love the genre, I don’t see it landing with most audiences. And while Snyder poured a lot of love for the genre into the film, I don’t think it was enough to create a film that could find a home alongside others in the canon of zombie classics.

I recommend getting hella baked with a friend and throwing this on when you’re in a mood to not take anything too seriously. It will absolutely engross you and might be good for a few laughs. If you are a fan of films like ‘Zombieland’ and Snyder’s ‘Dawn’ remake, then ‘Army of the Dead’ may be for you. But if aimless violence, buckets of CGI blood and body parts, and corny horror tropes aren’t for you, you should probably skip this one.