I turned 32 back in June, and about 2 or 3 months before my birthday I picked up a hobby again that I had abandoned, for no apparent reason, years ago – skateboarding.

I first began skating when I was about 15 and I was absolutely obsessed with it. It was around that time that I also discovered punk rock and smoking pot, and all 3 became perfect outlets for my teen angst and adolescent aggression. I remember waking up at the crack of dawn to skate with friends from dawn to dusk, without a care in the world. I would daydream endlessly about one-day going pro and being able to travel the world. I remember feeling that there was nothing else I’d rather be doing than practicing to get better, adventuring around with friends, and skating spots (and inevitably getting kicked out of them).

As I grew older, I continued skateboarding on and off, but long gone were my dreams of becoming a pro skater. I began to do it simply for the love of it. Unfortunately, it can be an expensive hobby, so the older I got and the more responsibilities life threw my way, the less a priority it became. And that just ended up depressing the hell out of me. 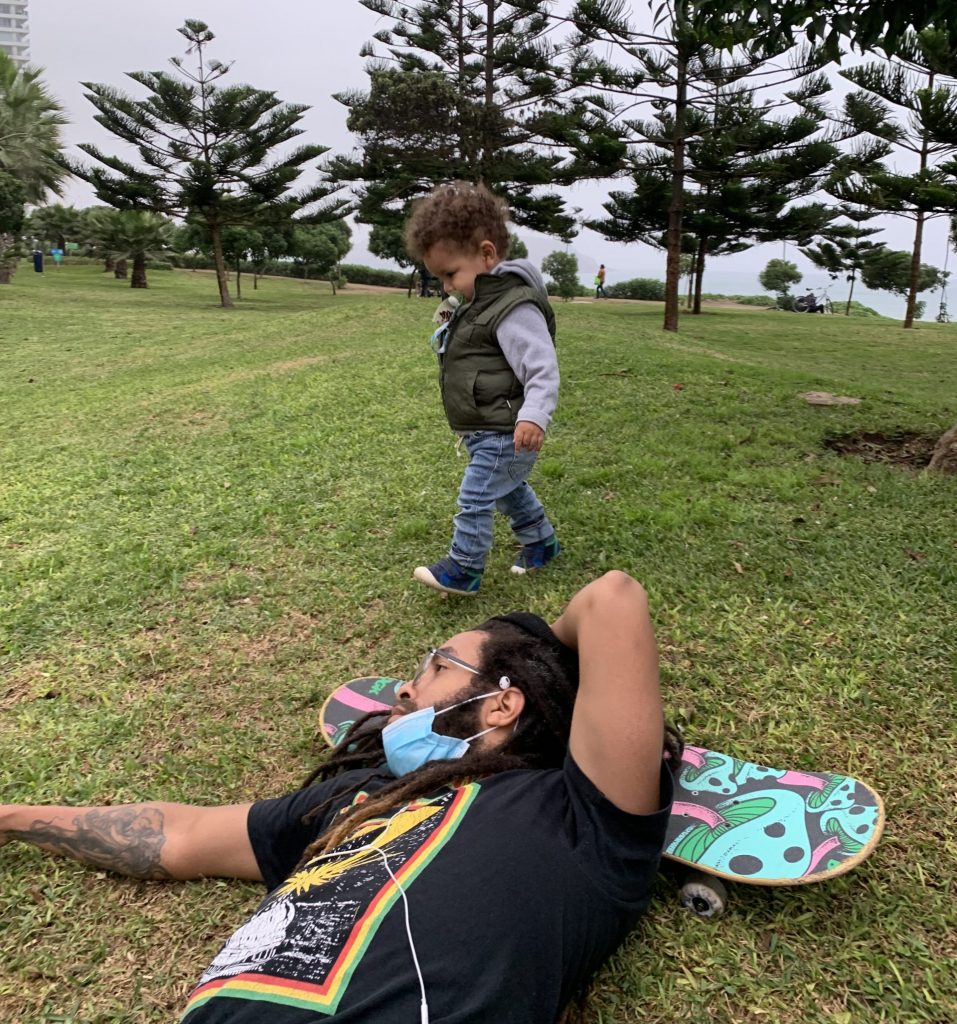 The truth is that skateboarding has always been one of the few things in my life that, no matter what I’m going through or where I am, will always make me happy. I get absolutely lost in it in the best way possible, and the feeling of landing a new trick and getting overall better is so rewarding. Picking it back up at 32 has shown me just how much I missed it and how important it is to always have a hobby as an adult. But I have gotten some judgment from my friends and family, like my Grandfather who did the Danny Glover in ‘Lethal Weapon’ thing by saying “Ain’t you getting too old for that shit?!” Despite all of that, it’s still as rich and rewarding as when I was younger and has me reminiscing on all the experiences I’ve had, places skating has taken me, and the dope people I’ve met along the way.

Those experiences have given me a handful of life lessons that I’ll share here. But while skateboarding is at the heart of it, this article is really for anyone on a personal journey for self-improvement. So roll up and spark that Buddha, cuz we are about to get our Zen on.

“If at first, you don’t succeed, try, try again.” – We’ve all heard this gem of wisdom many times when we were younger, or some variation of it. But it seems like the older I get, the less I hear it and the harder it has become to put into daily practice. Skateboarding (and just about any discipline or hobby that has a learning curve of some kind) literally embodies this to a tee.

That tap, tap, tapping of wood on concrete that especially annoys Karens and nosey neighbors in your hood is probably some kid pounding away at a trick they are determined to land and/or master. The best and really only way to get good at skating is to go through the process. Attempt trick. Land, fail or fall. Repeat. – and that is really all there is to it.

Now learn to apply that process to other avenues of your life. Most people simply try something, fail, and give up in frustration. It’s understandable because failure fucking sucks, but once you realize that life is really just a long-ass game of Dark Souls (where ‘failing’, i.e. dying, is crucial to eventually succeed) you’ll understand that repetition is everything.

When first trying a new trick, chances are you will fail to land it….. a lot. And sometimes you might even fall and bust your ass. But no matter what, you always dust yourself off and try again. And if you have to tap out for the day, you’ll be right back at it tomorrow. Skating taught me to ignore the failures and falls and only focus on the landing, which ALWAYS feels amazing.

Every skater you meet that has been at it long enough can tell you all about the grueling process of learning to ollie and kickflip, and how there’s nothing like that first successful landing. Further repeating the process helps you become a master, and eventually, you’ll be tre-flipping on command like it’s nobody’s business.

Find Your Style and Build Confidence

When you get really into watching skateboarding, you’ll quickly come to realize that every skater has their own style. It’s hard to define what style is in skating exactly, but my attempt is that it’s a general impression given off when watching a particular skater. Sure, their choice of clothes and overall look plays a role, but more than anything it’s about technique and execution. Some skaters skate fast like Deshawn Jordan and some slower but smooth and calculated like Jamie Foy.

The one thing all skaters with a particular and easily distinguishable style has is confidence. Style is something that should come organic and naturally as you build more confidence in your skating. You start, as everyone does, insecure in your skills, but after a while, you begin to simply ‘feel it’ instead of having to overthink it.

Find your ‘style’ in life can have the same effect – you inevitably gain a level of confidence that leaves a certain impression on others. You are so confident in who you are that the ‘style’ that may result just comes naturally. You don’t have to think about how you carry yourself or put much thought into what to wear or how to think or what you believe… you just do it.

Now finding your style doesn’t mean you have to throw a clock around your neck and don a Viking helmet to get noticed. Even Ned Flanders has style and flavor when you stop to think about it. Just do you and the rest will come naturally. 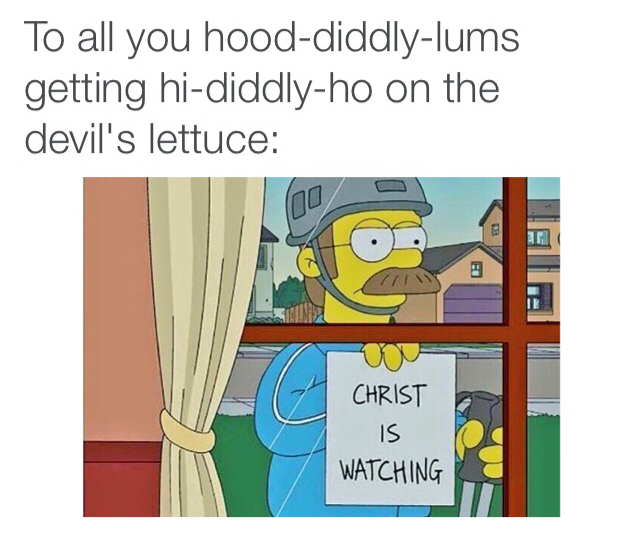 Have Friends in High Places

Skateboarding, much like Mary Jane, is better with friends, but, of course, not just any friends. You’ve got to find people that not only have your back but elevate you to be the best you can be.

Skating has allowed me to form such bonds with a lot of different people over the years. Skaters, especially back in the day when it was more taboo and strange to identify as one, tend to roll in packs. During a session, skaters hype each other up and get psyched when someone does some dope shit. There’s such positive energy to a skate session and it’s fucking electric.

In life, we can substitute good qualities in a friend for not-so-good ones because it appeals to us in a different way. For example, I’ve had close friends that were absolutely fun to party with, but when it comes to moving forward by having ambition or being productive in life, they are simply uninterested in moving. It’s all fun and games until the booze wears off, and when you’re ready for more out of life, those friends try to get you to stay in place with them. They may even resent you for bettering yourself and your situation without them.

These friends are really just anchors that hold you in place, and may even drag you down if you are not careful. But if you, instead, surround yourself with like-minded, ambitious, and inspiring misfits, you will only get higher as you elevate closer and closer to your goals, getting by with a little help from your friends.

Years ago, I lived in Seattle and frequented this small skatepark near where I was crashing. I quickly made friends with a group of skate rats and we began skating together practically every day. While each of them was cool in their own individual way, no one left an impression on me quite like Kenny.

Kenny felt like the unspoken leader of the group – he was unquestionably the best and most dedicated skater, which everyone respected and idolized in some way. We used to meet at his house at the start of the day, not because it was ‘our spot’ but because every morning he would wake up and watch skate videos before heading it. He had this drive and passion to get better at skating, obsessive characteristics that you rarely see in anyone practicing a craft. And that energy inspired everyone, and that morning routine served to get us all pumped for the day. Everyone knew that if any of us could do something with skating, it would be him.

I vividly remember those mornings as he sat glued to his TV, literally studying skateboarding, as if it was an art form deserving of a college course. He was a walking encyclopedia on everything skating, and I believe it truly set him apart from the rest. Sure, spending hours practicing tricks at the park is great, but studying what makes great skaters so great is also essential.

This can really apply to any craft – if you’re a guitar player, learning and studying Jimi Hendrix’s music can help reveal why he’s so revered in music. If you’re a painter, recreating Van Gogh’s work can give you insight into his style and use of pastels. Or if you’re an aspiring filmmaker, digesting Tarantino’s catalog can make you ponder on what good dialogue is.

And finally, skateboarding can be strenuous physical activity, and like many sports, it’s also incredibly rewarding in so many ways. I believe skating over the years has kept me from gaining a gross beer belly. But in all seriousness, skating has sent me on all kinds of adventures. I’ve met so many good and interesting people and had so many experiences. And none of this could have happened if skating didn’t pull me off my couch or from in front of the TV.

In conclusion, I really wish anyone reading this can feel inspired to find their ‘skateboarding’. It can be a hobby that never fails to make you happy or pull you out of a funk. Something that challenges you in ways everyday life doesn’t, demanding a level of dedication and discipline that will inevitably make you a stronger person.