While Kanye fans had been feverishly collecting leaks and putting together flight patterns to Wyoming like private investigators, the rap and pop world was patiently waiting on the release of Drake’s next chart-topping album. Both worlds collided when Drake took shots at Ye through his verse on Trippie Redd’s latest project and reignited a beef that had been simmering since Pusha T exposed Drake for hiding his child (I could write a whole article about that but I’ll leave it to Google to catch you up).

By the time it was all said and done, both albums dropped within a week of each other, and safe to say internet forums and Instagram pages alike were in turmoil as both fanbases argued over which artist showed the other up. Like any good review, this is an article based on opinion, and art is subjective. That being said, let’s dive into the projects both superstars have been working on for the past year.

After 3 listening parties, multiple live streams, and 2 missed release dates, the long-awaited Donda dropped on August 29th. This comes after a wild couple of weeks of headlines following Kanye as he moved into the Mercedes-Benz Stadium to pour himself into the finishing rounds of the process. According to claims he made on his Instagram, UMG (Kanye’s label) was tired of his antics and released the album prematurely without his consent. Drama aside, did the music live up to the hype? 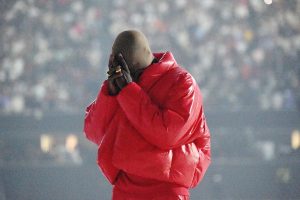 Donda is a manic dive into the life of a man reborn through god, divorced by his wife, and smack dab in the middle of the spotlight once again. As you might guess, the unique circumstances and peculiar work ethic of Kanye West birthed a project with incredible highs and lows.

The questionable choices with some tracks serve as a reminder of the hectic development of Donda. For one, “Donda Chant” is an eccentric start to the album but falls short of feeling inspired. Instead, it has you questioning the mind that thought a 52-second repetition of one word was a good idea. Besides this, the track list itself feels bloated and weighed down by pointless part twos and sub-par tracks like “Junya,” “Tell The Vision,” and “24.” I personally believe if Kanye were to remove these, it would result in an album that rivals much of his discography.

Fortunately, the missteps are overshadowed by high-quality stand-out songs like the Weeknd-assisted “Hurricane,” which is one of the smoothest songs Ye has composed in a minute. Other bright moments were the reunion of Watch The Throne with Jay-Z’s appearance on “Jail,” and the heavenly resurrection of Kid Cudi on “Moon” alongside Don Toliver. Tracks like “Off The Grid” remind us that despite his expertise as a producer, the man can still rap. He also managed to fit in religion much more organically this time around, instead of the forced and subpar lyriism of Jesus Is King. This time it feels real.

It’s clear that Kanye’s indecisiveness took a toll on this album. It must be difficult for his team to give him critical feedback, but this album fell short of being labeled a triumph, if only because it was weighed down with unneeded songs that didn’t quite match up to the quality of the rest. That being said, for the most part, this album blew me away and almost had me praying again.

With no singles, no listening parties, and no live streams, Drake relied on his reputation to hype the music up. After a delay from ACL recovery pushed back the album from January, he finally gave the people Certified Lover Boy on September 3rd.

I’ll be honest, maybe I should have lowered my expectation when he released an album cover that consisted of 12 pregnant emojis. It was a warning sign that the rapper-singer was fully ready to throw his net as wide as possible. While there might be “something for everyone” on this album, he may have spread himself too thin to put out solid material “for everyone.” Most of these songs feel like ones I’ve heard before, and there’s plenty of them. 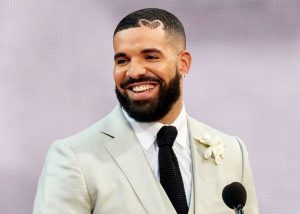 Much like Donda, this album would have heavily benefited from being cut down by more than a few tracks. Unlike Donda, the intro track is absolutely killer. I’m honestly a big Drake fan, so hearing him lay down yet another incredible set of verses to kick off the album had me rightly hyped. “Champagne Poetry” is an incredible track, but unfortunately, I’m not sure if Certified Lover Boy ever reaches that peak again. I didn’t hit save on any song after it until “IMY2” with Kid Cudi at the end of the project, which was smooth and nostalgic. It reminded me of their songs I used to bump back in high school, in the best way.

That being said, the rest of the songs remind me of Drake tracks I’ve heard before, but not in the best way. “Girls Like Girls” sounds like any song off of Dark Lane Demo Tapes, and “TSU” is practically the exact same song as “Desires.” Travis Scott brought the originality to “First Off,” which should say something concerning. I wouldn’t be so critical of Drake reusing flows if it wasn’t on top of production that sounds nearly identical to the last 3 albums of his. “Way 2 Sexy” is Drake leaning fully into catchiness and culture; I promise you that you’ll either love or absolutely hate it. Why are you trying to start up a Hot Boy Summer in September at 34?

This album suffered from Drake not stepping out of his comfort zone. With the amount of talent he and his team possess, it’s disappointing that Certified Lover Boy arguably hit its peak sonically with the first song. Kanye unleashed a vast array of different sounds, genres, and mixes. Drake could have never made “Moon,” and even if he did he likely wouldn’t have put it on his album. That says a lot about the differences between these two.

First off, thank you to Kid Cudi for gracing a song off each album, coincidentally two of my favorite tracks.

Secondly, in my opinion, there was a clear gap in artistry between Donda and Certified Lover Boy. While both certainly played to the wants of the masses, their egos pulled them in separate directions. While Drake knows he’s good enough to make anything and top the charts, Kanye knows he’s good enough to make dynamic, experimental albums and still find success. The results speak for themselves.

What are your thoughts? I would love to hear them in the comments! The one thing we can all agree on is that we’re lucky that both of these heavyweights are still creating art for us to argue over.