Abstract Mindstate is a name you are probably unfamiliar with unless you were close to Chicago’s underground rap scene in the late ’90s and early 2000s. If you’re like me, you came across the curious rap duo by word of Kanye West, who announced their third album was in the works and being released under his YZY SND project. In a day and age where we’re starved of the nostalgic bars of conscious rap, the legendary Chicago producer decided to gift us, and Abstract Mindstate, the opportunity to return to the roots of rap.

The duo met in no unique fashion, two groups of Chicago friends that decided to drink together on a whim. That night, an off-the-top freestyle by E.P Da Hellcat and Olskool Ice-Gre would spark a short career for the two rappers. The male and female duo was (and still is) something you would only come across once in a blue moon, but Abstract Mindstate was remembered for more than just that. The group’s first album, We Paid Let Us In! found success in Chicago’s underground for its conscious lyrics and fresh bars. The group would then abandon their second album for label issues, and drop a couple of mixtapes before fading away. They had the skill, but commercially, their career just didn’t pick up. So, left behind, who better to revive it than Yeezus himself? 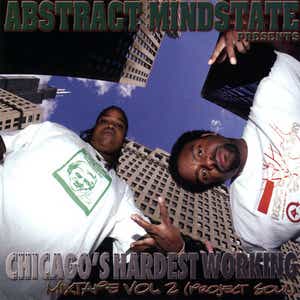 Kanye West had been a fan of the two for a long time. He created beats for their first album, and never forgot the potential Abstract Mindstate had. Some of their final work was related to Kanye’s projects as he emerged into the limelight. In 2018, he reunited both E.P. and Olskool, who had gone their separate ways. The three together created 25 songs that would eventually be cut down to the 14-song Dreams Still Inspire that we received on August 6th. The album is a return to form for both Kanye and the duo themselves. It’s clear that they brought their A-game, with timely lyrics dissecting the addictions to social media and toxic mentalities that plague people today. Kanye also hit the nail right on the head with modern, yet nostalgic beats that ooze Chicago and soul.

The album is carried by the duo for the most part, with only a handful of features. Jonquia Rose, Tony Williams, Luka Sabbat, and Kanye himself found their way into the flow, bringing even more flavor than we already had. “A Wise Tale,” was the lead single for the album, and it is the epitome of what makes this project so alluring. The staccato but smooth sampling gives it a bounce that immediately hooks you, and both rappers carry their weight.

“I’m more of a stand-up, I don’t be falling
For that okey-doke, it’s better dissolving
Call me a nice guy, yeah, I like nice things
It’s best to stay away from chicks that’s trifling
I’m not a rival, so I won’t be rivaling
But end up in this scene, I won’t be wifing
You know?”
– E.P. Da Hellcat, “A Wise Tale”

Both Hellcat and Olskool are in their 40’s now. It goes without saying that age was a major doubt in their journey to return to recording Dreams Still Inspire. Having abandoned making music for other pursuits (behavioral research and A.R. work, respectively), the two were excited but unsure of how the process would play out. Kanye’s deep involvement in the project was a determining factor. He pushed them to refine their delivery and find the groove in their sound again. Just because Abstract Mindstate weren’t the young up-and-comers on the scene that they used to be, that didn’t mean the duo didn’t have something to say. “My Reality” is a track about the joys of middle-aged life, fulfillment, and the journey. Abstract Mindstate is here to remind us that there’s more to life than trap music and selling coke. 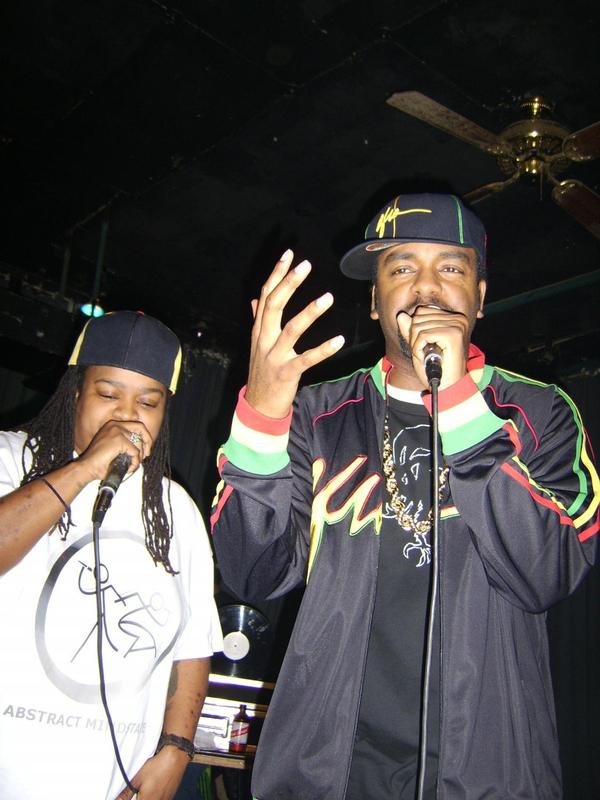 “Chicago’s Hardest Working,” as Abstract Mindstate crowned themselves back in the beginning of their career, proved that they are exactly that. Dropping life obligations and taking the risk to awaken their artistry once again and pursue a project had to have been daunting, given how it fizzled out more than a decade ago. Luckily, the spirit of hip-hop is alive and as well as ever in E.P. Da Hellcat and Olskool Ice-Gre. Although Kanye may play around with his own albums and release schedules, I’m grateful that he dedicated time to bringing Abstract Mindstate back to the center stage so that we can listen to some real music again.