Jadakiss is Still One of New York’s Finest

If there’s one thing that has defined Jadakiss throughout his career, it’s the skill and passion he brings whenever it’s time to put on a show. Tuesday this week was the night he got to remind us of all of that. The New York rapper who made his name with hip hop group The Lox stepped into the spotlight again with his group by his side on this week’s VERZUZ battle against rival group Dipset. It was a nostalgic night, to say the least, with plenty of mixtape classics being played, and Jadakiss hitting every syllable with an ease that reminded us he’s still got it.

The reunion of The Lox was a sight to behold. The trio of Jadakiss, Styles P, and Sheek Louch made a name for themselves through collaborations with artists who could see the talent in their effortless Empire-state-of-mind raps. Jadakiss crossed paths with the two in high school, and the rest was history. Their appearances on mixtapes and singles for up-and-coming artists led to them being noticed by the Queen Mary J. Blige herself, who landed them a Bad Boy record deal. While the partnership wouldn’t last forever (see: “Free the Lox”), the industry connections they made would set the stage for even more success. The group went on to join a more apt record label for their rough-around-the-edges approach, Ruff Ryders. 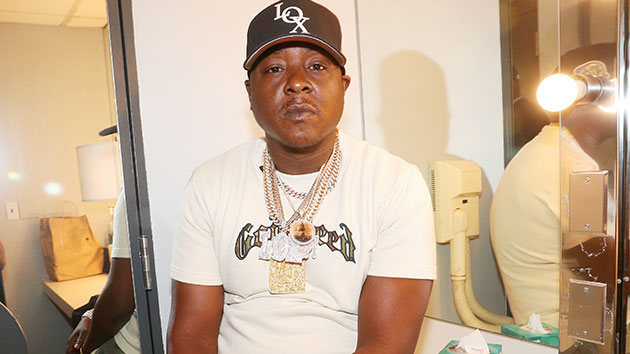 In his solo career, the braggadocios rapper has seen plenty of success. His own debut album, Kiss The Game Goodbye, landed 200,000 sales in its first week and was certified gold. His second album, The Kiss of Death, garnered him even more attention. This time, Jay-Z took his chance to rope Jadakiss into a deal with Roc-A-Fella. As far as NY music goes, this is pretty much a confirmation that you’ve made it if you hadn’t realized yet. Despite this, Jadakiss would leave the label two years later. He showed up to a booming roster of heavyweights like Kanye West and Jay-Z himself, but even those two had left within a couple of years of Jadakiss’ signing. Not one to need the backup of such a commercial label, the rapper returned to his crew at Ruff Ryders.

Jadakiss and Co. always repped New York. While they gained prominence towards the end of the East vs. West beef, it would be ingrained in the DNA of Lox songs until today. It’s a good feeling to see the same group that made “We’ll Always Love Big Poppa,” a tribute to the late Biggie, appear on VERZUZ years and years later to rep their home state. It’s been 23 years since Lox’ platinum debut album Money, Power, & Respect, yet the spirit of East Coast hip hop is as alive as ever, and Jadakiss will be the last one to let it die. In an XXL interview, he reiterated that “New York will always be the Mecca of hip-hop. It’s where it started at [and] it’s where it’s going to end.” Of course, he followed that up by reminding us that “DMX is still the big dog.” In fact, this past April, Jadakiss held a food giveaway at some locations around the hometown of him and the deceased X, at the Palisade Towers neighborhood.

“New York will always be the Mecca of hip-hop. It’s where it started at [and] it’s where it’s going to end.”

Let’s face it, you can’t put a face on New York rap. You could probably argue that with everyone who has listened to hip hop and get a different answer. Despite that, you can always single out the artists that continue to represent what the Empire state is about. Jadakiss is beloved by the people because he loves New York, and he loves hip hop. He even released an album last year, Ignatius. The album is named for the Ruff Ryders Entertainment A&R and record producer Ignatius “Icepick Jay” Jackson, who died in 2017. The album ended up being delayed for a few weeks out of respect to Pop Smoke, who had been killed in a home invasion days before the planned release date. When rappers are in the latter half of their career, it becomes unsurprising when they stop giving a sh*t, yet the theme and rollout of Jadakiss’ latest project speaks the opposite.

jadakiss went through two different #verzuz and ran each one, solo and with a crew. it’s proper time we rewrite the books on how gotdamn special he is at this rapping/performing/entertainment thing.

It was satisfying to see an OG like Jadakiss take the stage with the same power he left it with, this week on VERZUZ. On Twitter, a fan wrote, “Jadakiss went through two different #Verzuz and ran each one, solo and with a crew. It’s proper time we rewrite the books on how gotdamn special he is at this rapping/performing/entertainment thing.” And they’re right, this man is special, and he’s still writing his book. We’ll always be waiting to see what the next chapter holds.