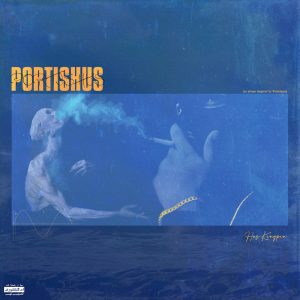 Although the rapper was born in Brooklyn, he represents his hometown of Hempstead, NY. While his fanbase is mainly American, his jump into the industry came through Tokyo label Goon Trax with his duo Tha Connection (in collaboration with his partner Smoovth). He has dropped projects under Swiss and German record labels as well. Though he may have got his start with the group, he has since gone solo to further pursue his career. Hus Kingpin has a whopping 13 projects on streaming, beginning with his first EP The Cognac Tape. His output as of late has been insane. Imagine the type of work ethic it takes to release 3 albums a year for three years! This man is a workhorse and deserves his recognition.

Hus Shows Off His Range

Portishus is an hour-long shifting landscape of emotions and afterthoughts. The Portishead influence is apparent in the minor keys that dominate the tracklist. It’s a great fit for lyrics revolving around regret, pride, and everything else that comes along with the streets. Hus Kingpin’s flow is chameleon-like, changing by the song, even by the bar. For example, the first track “Who Made You Look” is a bouncing, boastful intro to the album. Ringing keys and haunting strings in the background provide the perfect stage for his aggressive tone. In contrast, the second track “Barriers” features dragging drums and eerie horns. The more lackadaisical flow he brings out for this one is infused with introspective memories and talks of self-isolation. 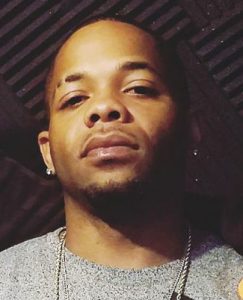 This album is jam-packed with quality songs. Riding the new wave of underground rap like his contemporaries Mach-Hommy (who he disses on track 8, “The Gram Tape”) and the Griselda crew, it’s apparent that Hus Kingpin has nailed his sound. Throughout the project, we get absolutely lush instrumentals that sound as nostalgic as they do avant-garde. “The Heroes” has one of the most fluid piano samples that I’ve heard since Nujabes, who happens to be a major inspiration early on in Hus’ career. On top of this, his lyrical skill is reaching a fever-pitch high. Wrapping rhyme schemes into rhyme schemes, this is the sort of album that takes a few listens to fully grasp. The rapper slides across instrumentals like it’s nobody’s business, and he probably sees it that way too. Portishus is rife with bars of him claiming and cementing his spot as one of the best to be out doing it.

Although Hus Kingpin’s album is only the latest in what seems to be a constant stream of his releases, it grips you like it’s his magnum opus. You can hear the effort that the NY rapper put into his work. The grittiness and personal content that Hus brought to each track is jarring as well as genuine. His selective choice in features also added another layer of energy to the project with the East Coast arriving to represent. His old partner Smoovth appears on “Sunkist Pt. 2,” and the legendary Roc Marciano (hailing from Hempstead as well) brings his star power to the track “Ageless.” Other collaborators include Willie the Kid and Vinnie Paz, to name a couple.

Kingpin’s approach to this project is visible even in the end product. The Portishead inspiration is clear not just through the samples, but in the overall atmosphere of the hour-long runtime. The Bristol group was no stranger to the hip-hop scene, with adjacent collaborations happening throughout their career. Their melancholic sound permeated the 90’s street rap that birthed Roc Marciano, who gave his stamp of approval with his feature. Following in Roc’s steps, Hus scratched our decade’s dark, introspective itch. As a recent convert to the cult of Hus Kingpin, Portishus stood out to me as an exciting reminder that he is here to make his mark. The underground will always be looking forward to Hus’ next drop.