How to Keep a Nation Divided and Distracted: A Quick Guide

Have you ever found yourself rich and powerful, able to pull strings in society and influence the population to your will? If you’re aspiring to do something similar, this is the guide for you! Never before in the history of the world has it been so easy! We’ve compiled a short but effective guide for keeping your own nation divided and distracted, so you can indulge in greed and power. Let’s dive right into it:

Take the Power from the People

What good is a government that is controlled by the people, and acts in their interest? That’s just plain inefficient. Better to leave that to the rich and influential. First off, introduce some lobbying and campaign donation programs (or as I like to call them, bribes). This is key to making sure that profit and personal gain are of the utmost importance to politicians.

Secondly, make federal elections inefficient and difficult to trust. More voters means more people that need convincing. Stick to the most traditional and error-prone methods you can, such as paper ballots and commercially built voting machines. Definitely do not utilize modern technology to return people’s faith in the voting system. We wouldn’t want that.

Family? Community? Purpose and direction? Forget those words. You need to act fast, and ensure that your society is wrapped up in consumerism. Encourage your people to look up to big-spenders and clout-chasers. Discourage risk-taking and following passions, you can’t have your workforce trying to provide their own value to each other through small businesses! Better discard traditions and culture while you’re at it, that encourages unity. Remember, we’re aiming for a a nation divided. They’ll be alright with modern toys, bright advertisements, and the promise of one day being able to flex on all their counterparts. 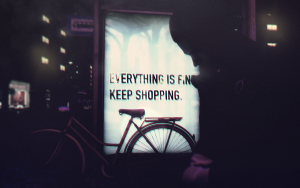 This one is quite the doozy. It’s going to take a dynamic approach, but you can get your citizens as malleable as ever with a few simple solutions. Use your best friend, the media, to instigate issues. Make an enemy of their neighbor, and then have your major outlets report on every problem possible. Misunderstandings between groups are a surefire way to drive individuals into echo chambers. Convince them that the other half of the country is evil through and through.

Stress is a great combo with fear. When people have their backs against a wall and don’t feel like they can trust others, they’ll take anything you offer them. Leave the majority of your population at risk of bankruptcy and homelessness from unfortunate events. When sh*t really hits the fan, encourage wealth disparity by bailing out the rich instead of the poor. Remember folks, the key here is to drown out hope and throw negativity at them faster than they can handle.

Okay, so you’ve got them powerless, distrustful, scared, and stressed. Let’s not forget barely scraping together a decent living. Here’s where you throw a real wrench into the mix. Remember the media we talked about earlier? Ramp up the politics to 100. I’m serious, make every little thing politicized. Convince the other that even discussion should not be tolerated with someone who has a different view. You would be surprised at how many people would rather argue ‘til they die than attempt to understand someone else and discuss rational solutions. 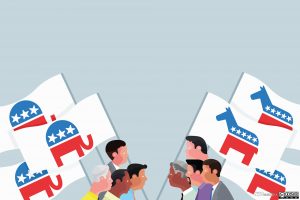 Divide the two parties as much as possible, and do not permit compromise or understanding. It’s necessary to promote “my way or the highway,” and encourage extreme ideologies. Maintain the guise that each party has the people’s best interest in mind. Remember, the actual politics are out of their hands. Let them bicker over talking points while you elect their “lesser of two evils.”

Let’s recap real quick: Don’t let your population maintain hope, turn them away from their own communities. Make the institutions of government far removed from the people’s interest. Ensure consumerism is at the heart of society and its values (you don’t need the people realizing happiness is found in themselves). Keep them divided and removed from the present moment, stressed and distrustful. Pit each individual against each other to avoid the off chance of them remembering that they are both humans trying to make sense of the world and do right. Otherwise, you might have a revolution of love and understanding on your hands.