Early in 2020, grizzled Buffalo rapper Conway The Machine announced online that he was already planning his retirement after a handful of final releases, and La Maquina wasn’t one of them. Although it seemed premature, no one could blame him wanting to go out in what is unarguably his prime. It seems plans have changed, though. Since then, we instead got a year full of albums and features, and the Machine remained in the game. This year, he’s back to prove that he and Griselda are here to dominate the underground and more.

Conway The Machine – The Man

Conway is the half-brother of Griselda founder Westside Gunn, and the cousin of the third member Benny the Butcher. Since the group began releasing material in 2014, all three have seen success, solo and as a group. Conway has built a solid discography of releases, with all of his albums last year garnering acclaim from critics. From King to a God, Lulu, and If No One Mourns the Wicked were all standout albums in 2020, and he has already gifted us another work of art this year, with God Don’t Make Mistakes, and If It Bleeds It Can Be Killed. It’s safe to say Conway the Machine is as much of, if not more of a workhorse than any of his New York counterparts. 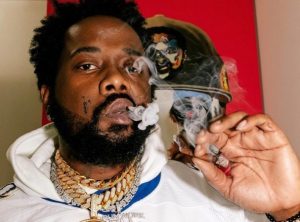 I’m obligated to mention the trials that crafted Conway into the Machine he is. Hailing from Buffalo and early days filled with gang activities, it took a short stint in jail to make the rapper realize he wanted more for himself. Capitalizing on his talent for hip hop, he was beginning to realize his ability when he suffered a gunshot wound. Conway was hit in the head and neck, damaging his jaw and affecting his speech forever. You could say this man’s art is defined by the grit he showed, refusing to give up in the face of a challenge. His signature voice is a testament to that.

The latest installment to Conway the Machine’s output is La Maquina, which means- you guessed it- The Machine in Spanish. The entire project is a statement, encompassing many parts of the character we’ve come to know throughout his career. This might be more obvious than ever in La Maquina’s production. The album contains plenty of classic Griselda beats, like the effortless “200 Pies,” produced by none other than the Alchemist. That dude lines up beats on a silver platter for the Griselda guys and they always tear into it. Vocal samples add a nice texture to many of the songs, especially “Pies.” In my opinion, this is when Conway the Machine can really shine. His lyrics are powerful, and the combination of that and a roomy, atmospheric beat are perfect. The opposite of that would be the second track, “6:30 Tip Off,” where it feels like the beat is supposed to be the star. 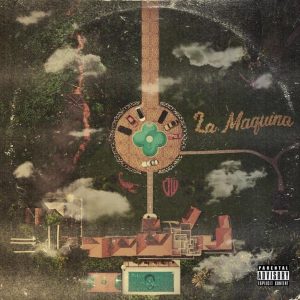 Also, I might be in the minority on this one, but I was impressed and frankly refreshed to hear Conway on a trap beat on some tracks here. “KD” is a standout track, and he does Kodak’s “No Flockin’” flow justice. Leaving their signature sound doesn’t always come together quite so well though. The final track, a small posse cut of the Griselda members Conway, Benny the Butcher, and Westside Gunn has a distorted guitar sample that loses its appeal after a few bars. I won’t complain about having all 3 back together on a track, though.

Lyrically, this album is up to the Machine’s own standards on most of its songs. The blander tracks like “Had To Hustle” are balanced out by some heavy hitting features like J.I.D, Ludacris, 2 Chainz, and more. On most of his tracks, Conway knocks it out of the park as always. His delivery as well as wordplay is still top notch, and there’s a couple songs (like the opener) that feature a single, nearly 2 minute long verse.

If this album isn’t just another example of Conway the Machine and crew rapping circles around the underground, then I don’t know what is. Although it seemed like retirement was in the cards, his recent activity is appearing otherwise. He is even managing his own record label now, Drumwork Music Group. This album is Conway showing off his character as well as his skill. It might not be the most cohesive project the rapper has been involved with, but the highs far outshine the lows. There were a lot of moments throughout the 40 minutes of La Maquina where I felt intrigued and excited about Griselda again. While the sheer amount of output can be oversaturated at times, it’s good to know Conway is still putting out some of the hottest material in the game today.