Brian Flores has taken a stand against the NFL. This is not something to be taken lightly. He has risked his whole career for the betterment of society and racism in the NFL. In a league run by entitled and uncontrollable owners, it is with an immense risk that Flores proceeds with this civil suit.

Flores has filed a class-action lawsuit against the league and its 32 franchises citing racism, discrimination in the NFL’s hiring practices and the racial makeup of the NFL’s decision-makers. Flores states that Miami Dolphins offered him $100,000 per loss in order to tank the season and secure a better draft pick. This is something mainstream sports media has picked up on and has tried desperately to make this the story over the more ugly story of rampant racism and discrimination in “America’s Game”. 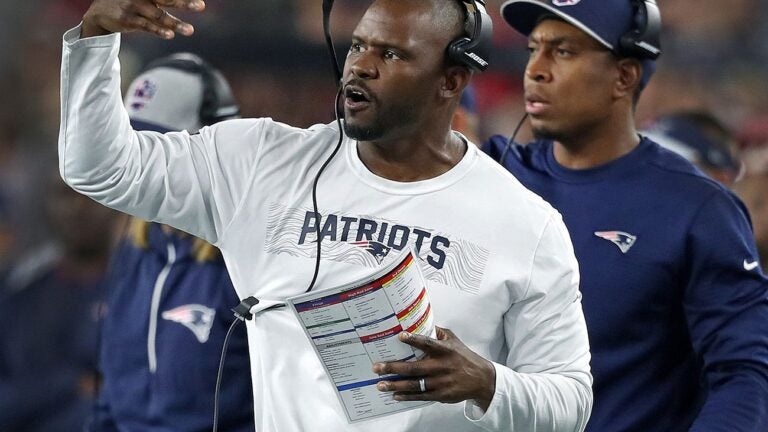 It is likely that Flores will never get a chance to coach in the NFL again which is a shame. He led the Miami Dolphins to two straight winning seasons for the first time in over 20-years before being fired at the end of the 2021 season. Prior to this, he was the de-facto defensive architect behind the New England Patriots Super Bowl LIII 13-3 victory over the Los Angeles Rams in February 2019.

Flores is well aware of the gravity of this case. He went on Don Lemon this week to say that he IS doing this for his children. He wants them to know that they can hold high-level coaching and executive jobs in the NFL despite the league’s current state of discrimination.

NFL and a History of Racism

The NFL and its clan of owners are all too familiar with racial discrimination and controversy. After all the league had to institute The Rooney Rule in 2003 to address racial hiring practices when head coaches Tony Dungy of the Tampa Bay Buccaneers and Dennis Green of the Minnesota Vikings, were both canned even though Dungy had a winning record and Green had just had his first losing season in ten years.

Of course, this isn’t even the tip of the iceberg when it comes to the NFL and racism. Most are aware of the blackballing of Colin Kaepernick and Eric Reid over their peaceful kneeling to protest police brutality against Black men and women. It took a near walkout and demand of the league’s top players following the murder of George Floyd for the NFL to apologize and admit they need to do better. Sadly, their press releases ring hollow as a Black Lives Matter sticker on the back of a Karen’s Volvo.

NFLDismisses Claims and then Flip-Flops

Within 24-hours of Brian Flores filing his civil suit, the NFL released a statement dismissing the claims as without merit. Less than a week later they back-peddled into a memo from Roger Goodell stating that the hiring practices are “unacceptable”. This is probably a legal move on his part to avoid liability. At the very least it’s a long-overdue reaction for a league with one current Black head coach (Mike Tomlin of the Pittsburgh Steelers) in a league where 70% of players are Black. The imbalance would be laughable if not so tragic.

Nepotism reigns in NFL offices and sidelines. Flores submitted as evidence texts between him and Bill Belichick, where Belichick mistakenly thinks he’s texting former white Patriots assistant Brian Daboll. The text reveal that Flores was only a token interview and the decision for the New York Giants head coach had already been made.

Belichick comes across as geriatric at texting but even worse, he is someone who holds great influence in the league. One has to wonder if Belichick even discussed Flores with the Giants as a plausible candidate despite having B-Flo as a member of his 2018 championship staff. Belichick has also shown favoritism to lesser experienced candidates, including his son Steven in favor of more experienced former NFL players like Jerod Mayo in terms of naming the head of his defensive unit.

I’m rooting for Brian Flores to dig in. Take the NFL all the way to trial and make them go through the discovery phase of the legal process. This is something the NFL would like to avoid at all costs. The finances and inner workings of the NFL are historically private and could be used against them in future negotiations with the NFLPA.

In the end, the road will be tough for Flores. He has chosen the road less traveled for the betterment of the world around him. And essentially sacrificed his livelihood for the greater good. Brian Flores is by all accounts a principled individual. Let’s hope the court and legal process can be as principled.