American intelligence personnel has concluded that they don’t have the foggiest clue what UFOs are according to administration officials briefed on the matter. While the pending report doesn’t rule out the existence of aliens navigating our skies, it deliberately states that there is no evidence the UFOs are alien technology either.

As Gin Rummy from The Boondocks has taught us: 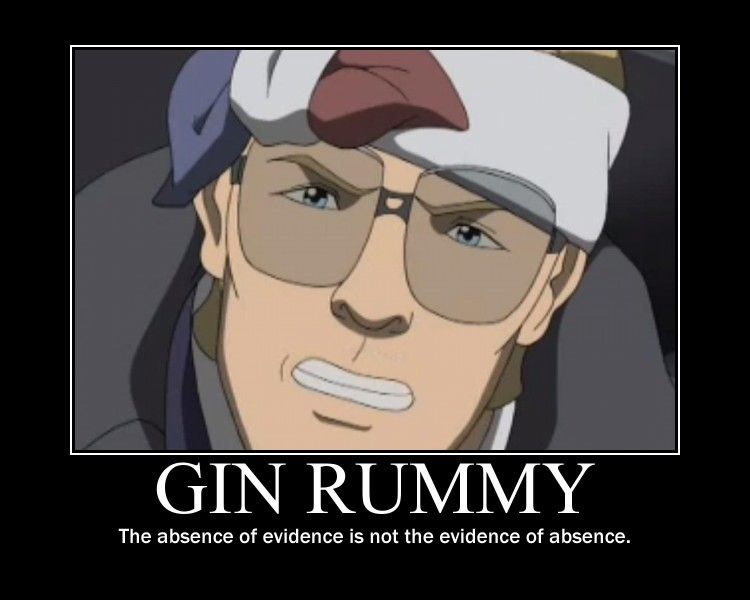 Nevertheless, the leaked aspects of the report concluded, that out of the 120 UFO incidents investigated by the US military, scientists, and other intelligence officials; that we still don’t know shit.

Even former President Obama took to late-night TV to talk not so serious about the issue by adding “What is true, and I’m actually being serious here, is that there is footage and records of objects in the skies that we don’t know exactly what they are.”

Plenty of pundits from Anderson Cooper to Sean Hannity will take time to bloviate over the report. This is probably the most mainstream discussion of the topic in history. I watch Ancient Aliens, so I suppose I’m open-minded about the subject. If I was more of a tinfoil hat type, I’d say this report is being dropped to desensitize the public to the idea that there is another intelligent life form in the universe.

Think about it. Maybe there is the awareness that the clock is ticking to an inevitable encounter. Instead of society collapsing into shock, maybe the administration and U.S. officials are trying their best to present aliens as a possibility for UFOs.

I’m keeping this article short but before I go, I want to run through the possibilities of who is driving the UFO crafts. I’ve heard a lot of lame theories, but I think it comes down to a few options. Some more likely than others.

Where are the UFOs over American Airspace coming from

The UFOs are from China or Russia 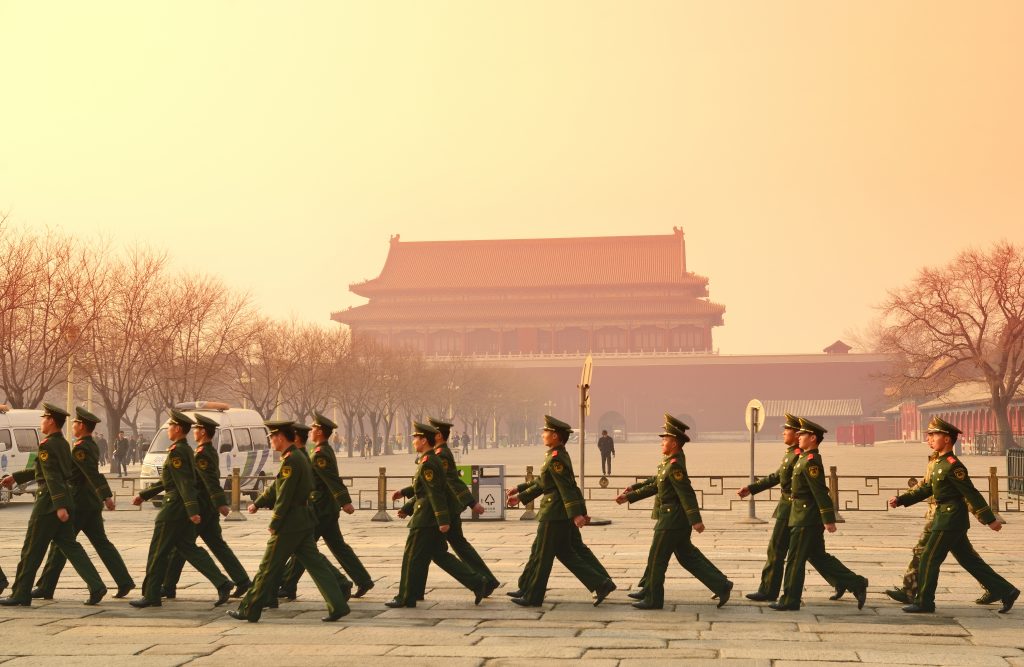 One hypothesis is that China and Russia have been experimenting with hypersonic technology. The UFOs are military projects the two nations have been secretly working on.

To me, this seems possible but unlikely. The amount of espionage between the US and these nations would have surely revealed some kind of evidence of these secret projects. Satellites throughout the sky, radar, spies on the ground, and the US military and intelligence officials never caught a sniff of China and Russia’s UFO projects? Possible, but call me skeptical.

Also, if they have pulled one over on good ol’ Uncle Sam then we are fuuuuuucked.

The UFO are extraterrestrial spacecraft 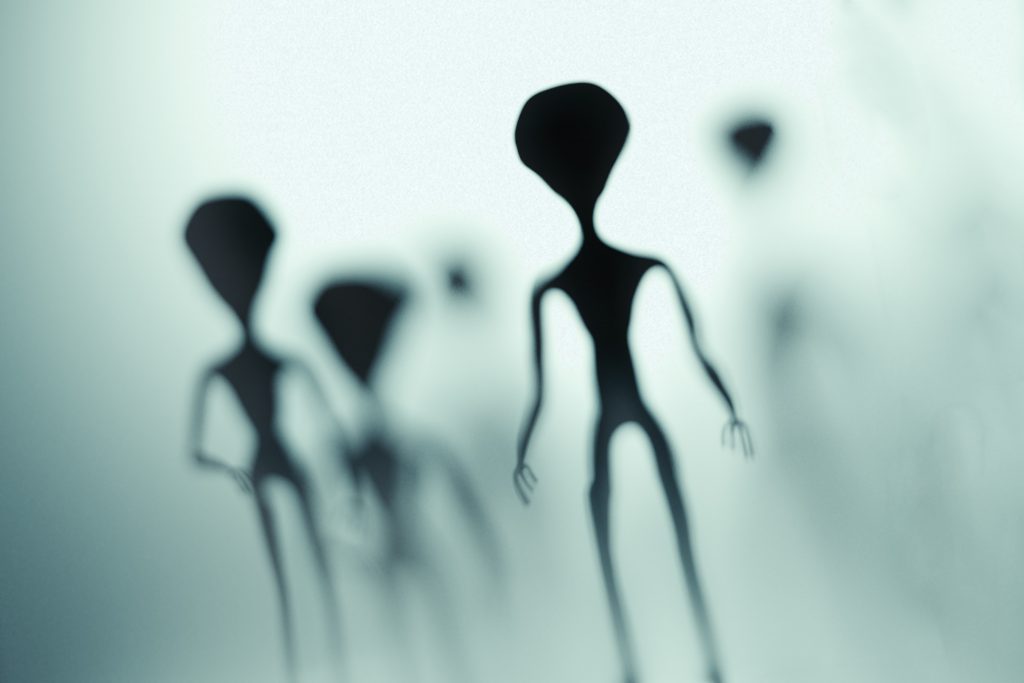 This is the big one everyone wants to be true. Little green men. X-files episodes in real life. I mean it’s likely, but what cant’ wrap my head around is how these objects aren’t seen more often entering our atmosphere. Or not seen in the cosmos more frequently. I’m sure there’s some explanation but Earth seems like a long way to travel without stopping to say hello.

The UFOs are Time Machines 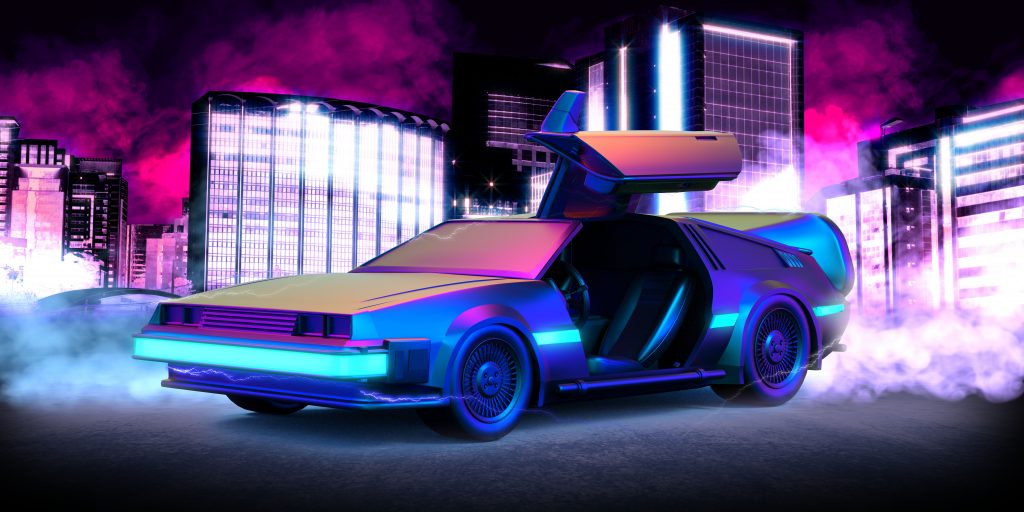 Now we’re talking. I love me a good time travel movie. Imagine if you will, our future ancestors discover time travel and these UFOs are the Delorian time machine of the future. They jump throughout time appearing in our skies. This makes sense if you were going to time travel using a craft, you’d want to do so in the sky, otherwise, you might end up trapped inside a concrete wall or some other ground fixture. Probably safer to try from the sky.

Perhaps our ancestors are studying history from afar, but are trying not to disturb it. Hence the quick reaction to disappear.

The UFOs are Interdimensional Beings

String theory. Multiverse theory. The Bible. Humans have been grappling with something outside of ourselves for a long time. Ancient stories and religious texts all contain the ideas of other dimensions of consciousness or reality. Can some beings travel between dimensions?

The other consideration here is wormholes between dimensions or areas of time and space. This seems like a plausible theory as well. What we do know is if this is the case, the other dimensions are winning the battle for dopest vehicles. Sorry, Tesla.

The UFOs are from the Ocean 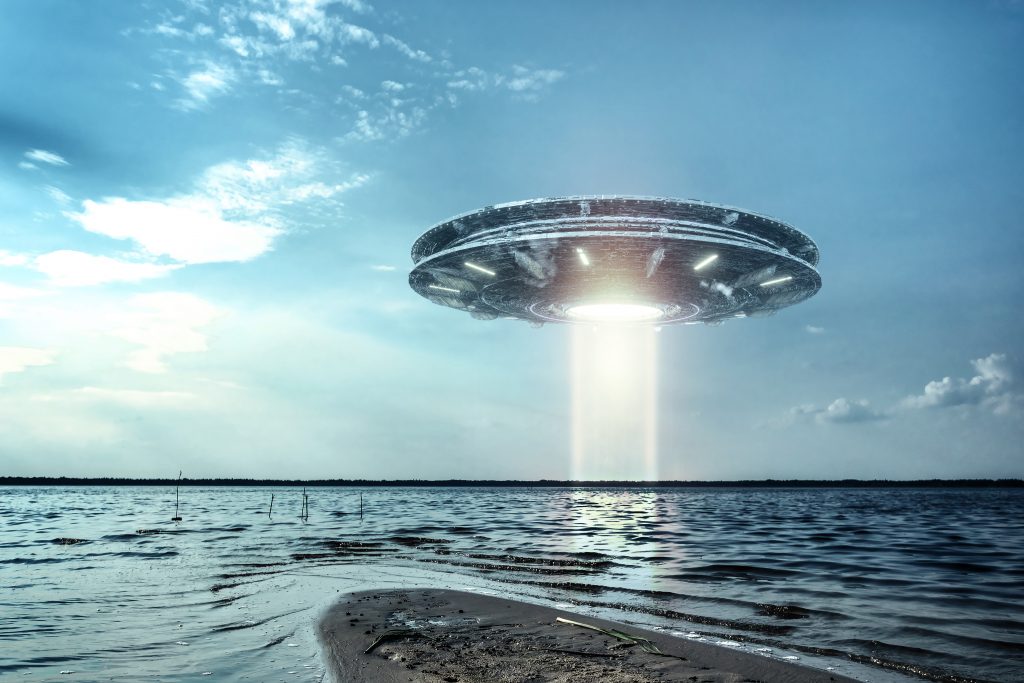 It always struck me how little we know about the oceans of Earth, THe majority of the planet is covered in oceans. According to NOAA.org “More than eighty percent of our ocean is unmapped, unobserved, and unexplored.”

So basically, that’s like having a landmass the size of Russia, China, and the United States combined where we have no idea who or what lives there.

Many UFOs have been seen dropping into the ocean. It kind of makes sense that there is safety down there for these inhabitants. There are plenty of theories about societies living within the earth. See Jules Verne’s, ‘Journey to the Center of the Earth’ or ‘20,000 Leagues Under the Sea’.

Personally, this is my favorite theory, because it shows how ignorant we are as a human race to have something like this happening literally under “our” oceans.

The Scary Thing About UFOs

The scary thing about UFO Report is not that there might be some Alien life-form. It’s that it just reveals how small-minded and behind the human race is to other forms of technology. I think it’s obvious these crafts don’t come from one of the military powers on Earth. Maybe they are from Wakanda and we are missing that too.

Plenty of officials will reveal following these reports that they have no knowledge, no control, and no answer for any of this. This is comforting in the fact that this is how I perceive most of them anyway. However, it’s probably worth taking a dose of humility to the possibilities of what these UFOs could be. I just hope they want to share a cannagar with me when they touch down.