Last week, my fiancé and I got discounted promo tickets to see A Quiet Place Part II, and somehow by the grace of the internet Gods, or maybe just an oversight on the part of the tech guy that designed the website, we managed to get the super expensive, IMAX tickets for like $4 apiece. BITCHIN!

So we dropped our toddler off at grandma’s house, grabbed a bunch of snacks from the corner store to shove in a big purse, got hella baked in the parking lot of the theatre, and ended up having us a pretty dope date night.

I love me a good horror film, but these days, as the genre has become a lot more popular and mainstream, it seems the amount of bad horror (and I don’t mean ‘so bad it’s good’; I mean total dog shit) tends to overshadow the number of good ones. That’s why this series has become such a big deal – in a genre that sometimes feels it’s lacking much originality and creativity, both A Quiet Place and, as we will discuss in this review, A Quiet Place Part II deliver both of those things and more.

But sequels have a tendency to meet the sophomore slump curse of not being as good as its predecessor or being able to meet fans’ expectations. Luckily this film managed to be just as good, maybe even arguably better in its own way, which is exciting for fans as there have been discussions about a possible spin-off and third film. It seems like John Krasinski has created something pretty dope.

A Brief Synopsis of A Quiet Place Part II

A Quiet Place Part II opens with a brief, yet intense, flashback to the beginning of the apocalyptic event that shapes the plot of the series. We follow the Abbott family as they witness what appears to be some sort of flaming object hurtling towards Earth from space. This is where shit hits the fan – some type of alien species has crash-landed, and they kill pretty much anything that makes noise. The reason (if any) for their arrival hasn’t been explored, but one thing for sure – these monsters are ravenous for human blood.

Fast forward more than a year later, and we pick up where the last film left off – the Abbott family has been narrowed down to 4 (trying like hell not to spoil it for anyone that didn’t see the first, but seriously, where are you here? Go watch it now!) and they are still struggling to survive and navigate through this new world. And what’s even worse – they’ve got a baby. And anyone who has been around a baby for long enough knows that they just can’t shut up when you need them to. So, of course, this alone presents a reoccurring dynamic that keeps viewers on the edge of their seats, as the family tries like hell to stay alive in a world that no longer wants them. 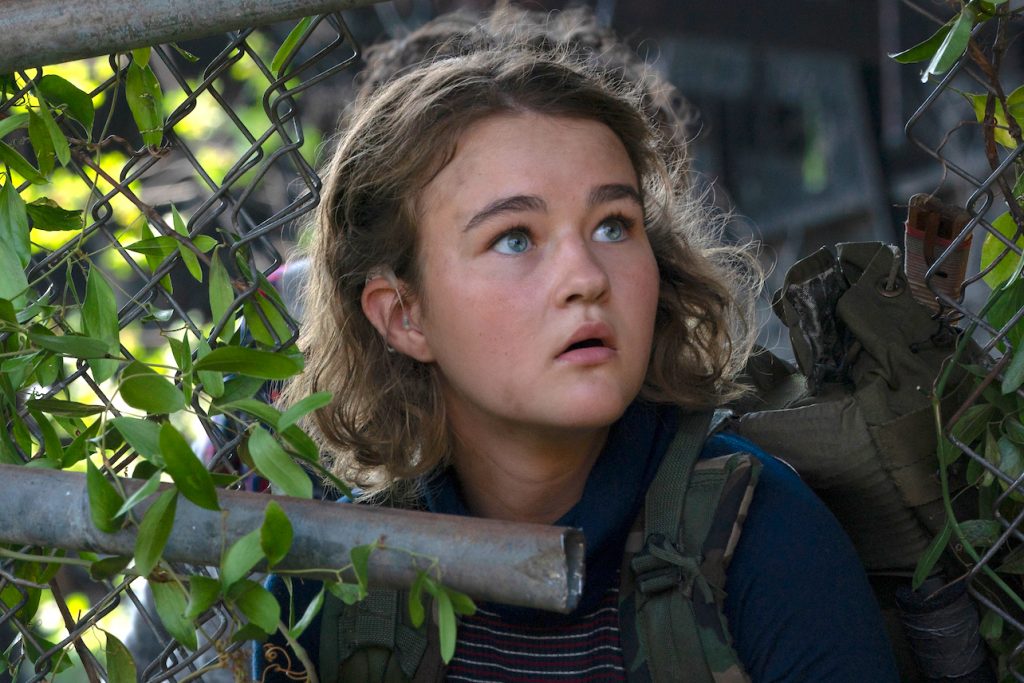 The eldest daughter Regan, played by Millicent Simmonds, eventually becomes the heroine of the film, as she dives headfirst into a solo journey that she is convinced could help save humanity. Regan is also deaf. This presents its own dangers to her story, but also may be the solution. Worried to death, her mother sends Emmett, played by a newcomer to the series Cillian Murphy, a friend of the family who they surprisingly run into at the end of the world.

Without giving too much away, this is the basic gist of the film. At its core, it is a survival horror film, with plenty of jump-scares, tense moments, and thrilling sequences, but what truly stands out is the depth and subtle message that it has to tell.

What Makes Part II So Good? 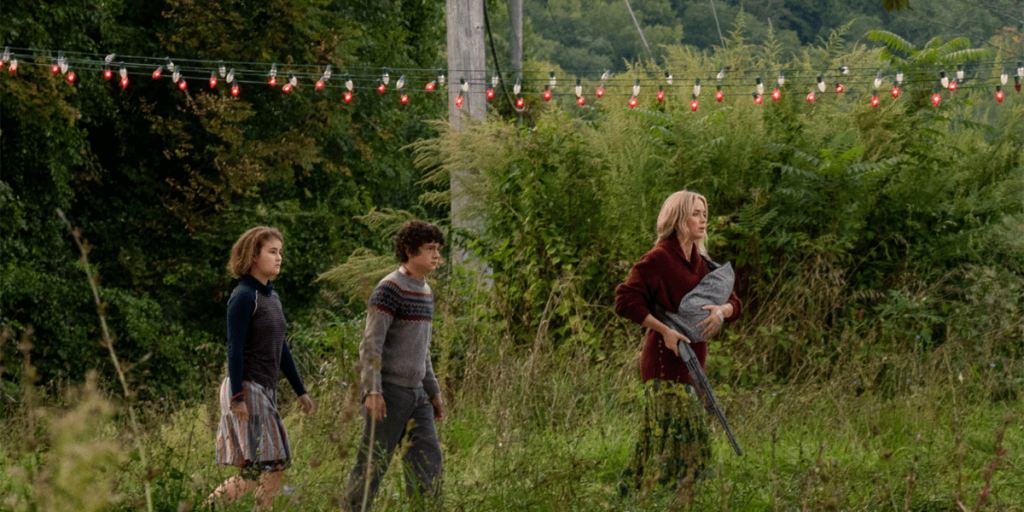 Similar to the first film, Part II does a fantastic job of delivering a plot full of depth and subtle themes. I absolutely love films that are able to challenge the audience, force them to think, without laying out all the cards on the table, forcing the audience to think a specific way instead of allowing them to come to their own conclusions. For example, you can make a film with a strong, female lead, but the moment she or another character begins to talk about girl power, or how oppressed she is, that’s when I start to groan. You can deliver ideas and deep themes using the plot if you happen to be creative enough to do so. Sure, you run the risk that not everyone will come to the conclusion you want them to, but at least the movie-going experience of viewers won’t be the feeling of being preached at by some rich, liberal Hollywood douchebag.

I say this as someone who loves films with messages or a certain agenda. But now it’s presented is everything. Simply telling the audience what you want them to think, instead of using plot devices and elements to guide them to your way of thinking and seeing things from your (or the characters’) perspective, is lazy as shit. All it truly serves to do is tell a specific type of viewer what they want to hear, simply regurgitating things they already believe. It rarely, if ever, works well to bring people around or make people say “damn, that blew my mind” or “I never thought of it that way”.

This is executed with such style and grace in A Quiet Place Part II that you never feel there’s this agenda to be pushed, although there definitely is one. My fiancé and I spent hours after watching it dissecting all the different layers, presenting each other with concepts the other didn’t think up. This ended up being almost more fun than actually watching the movie, and it felt like the first time in quite some time that a film left me so challenged and engaged. I absolutely loved it. 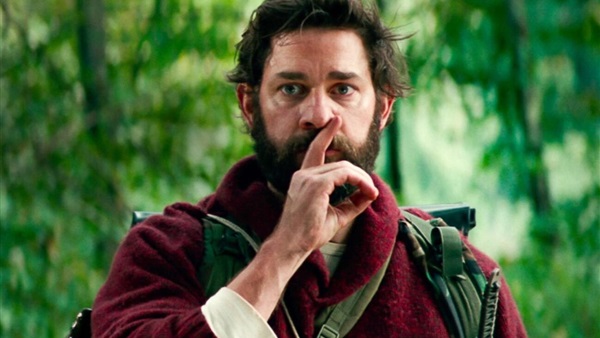 And it has to be stated that John Krasinski absolutely crushed it as the film’s writer and director, and his wife, Emily Blunt, also killed her role as the strong mother. The film is beautifully shot with a lot of impressive thrills and a cast with acting chops that pretty much make the film feel as intense as it looks.

I can’t recommend this movie enough for fans of horror movies, or anyone that digs a scare from time to time. It sucks you into an adventure that never seems to let up, and the creatures and the special effects are actually very well done. All around, it’s a beautiful film with an even more beautiful message for those open to it. It seems Krasinski is on a path to crafting a trilogy that may find a place within the realm of legendary horror classics.

The use of sign language and having deaf actress Millicent Simmonds play Regan works so perfectly with a plot, that you don’t think about it as some vain attempt to give media representation to the deaf community, although it’s definitely relevant that both movies do so. The more I think about how the Abbott family function, the more I realize that this film is more about love than anything – the love one can have for a child, sibling or parent that can make you do crazy and scary things to keep them safe, or better yet, alive.

I highly recommend checking this film out. Perfect for a date night (those jump scenes will have your date wrapped around your arm) and even better with a fat blunt (although everything is better with Mary Jane).