Sampling is one of the most trademark techniques used in hip-hop production since it’s beginnings, and it’s well-known. While this has garnered some shade from purist music critics, any open-minded fan of rap will tell you that it’s part of what makes hip-hop such a unique and evocative genre. Blending new and old material has given us some incredible works of art, from Mobb Deep’s The Infamous to Kanye’s Yeezus. Samples have characterized everything from the roots of rap to today’s Instagram artists. Let’s take a look at 5 masterful hip-hop samples that always hit right.

This is a shoo-in honestly, but too much of a classic to ignore. It might not come as a surprise, but this is undeniably one of the cleanest sampling jobs in hip-hop history. Nas broke new ground when he dropped this album at the young age of 20. “NY State of Mind” is a standout track despite it being an impressive project throughout. This wasn’t even a single! Joe Chambers’ “Mind Rain,” was revived from the later ’70s to play a necessary part in this song. While it wasn’t originally in the draft, Nas asked for it to be added in-studio.

There are few songs as quintessential to the West Coast as is “Nuthin’ but a ‘G’ Thang.” Dr. Dre and Snoop had to have either sold their souls or given their life over to God to make such beautiful gangster rap. It also helped that they had Leon Haywood’s beautiful track to build off of. The Chronic is undoubtedly a landmark rap album, as smooth and as gritty as it gets. Haywood had quite the effect on hip hop, being sampled by others such as Cam’ron, 50 Cent, Common and J. Cole. Born in Texas but active for many years in the west, the funk singer only recently passed away in 2016. 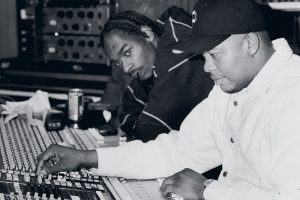 Credit: The Defiant Ones

Those haunting organ keys that characterize “Passin’ Me By” may not come from the hands of The Pharcyde group, but I’ll be damned if they didn’t do it justice. When it comes to a Quincy Jones track, if you’re going to utilize it for your own music you better step up to the plate! Jones has 28 Grammys, and deservedly so. The Pharcyde certainly put their mark on the song.

Fun fact: Joe remixed “Passin’ Me By” for his song “Shutter,” which went on to go #1 with sped-up mixing and an R&B vibe. Slimkid3 from the group is quoted as saying “ This old ‘Passin’ Me By’ song is passing us by!” It’s got its own legs. It don’t need us to succeed.”

It’s an interesting change of pace to see a song sample another from only 2 years prior. Kendrick Lamar’s critically acclaimed album Good Kid, M.A.A.D City had more than a couple of modern samples worked into the project. This one is honestly out of left field but ended up becoming iconic chords through this essential Kendrick track. Beach House is an alternative band that generally produces laid-back and ethereal music like “Silver Soul.” The wide range of genres that influence Kendrick’s music is part of what makes his projects so fleshed out and dynamic. This shows that he doesn’t feel confined to the regular spaces that other rappers might box themselves into when picking instrumental tracks and loops to build their songs. 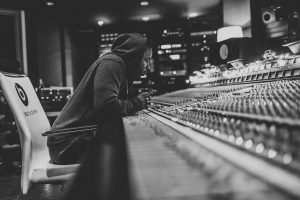 The enigmatic duo Gang Starr -aka DJ Premier and rapper Guru (RIP) – reached back 33 years to pull this record from days past. I would say they gave new life to it, but nobody can tell me Joe Tex’ music has lost even one bit of soul since he laid it down in the studio. The perfect boom-bap drums mixed with banging piano keys were too good of a match to not have bars spit on them. Guru really killed this one, with some of the best opening lines I’ve had the pleasure of hearing:

“I profess and I don’t jest ’cause the words I manifest
They will take you, sedate you, and I will stress upon
You the need for, you all to feed your
Minds and souls, so you can lead your-self
To peace, I got a real objective here…”
– Gang Starr

Sometimes the track is there, but the words still need to be manifested. It’s this layering of experience and musical skill that can bring a song through decades, in a new yet recognizable form each time. It’s a guilty pleasure of mine to comb through the sample of my favorite songs, and that’s led me to the discovery of some incredible artists that would have been lost to history for me, personally. Sampling has expanded the genre of hip-hop as well as my own taste and knowledge of music; I’m grateful for that! While there will always be some that turn their noses up at repurposing art for a new masterpiece, I’m just glad I get to see such amazing pieces of work that go together so well.