I’ll be the first to say I love weed. As the stigma slowly falls, and archaic laws due to the War on Drugs begin to be revisited by legislators, it’s a relief to be able to have more open-minded conversations about weed. There’s plenty of tough convos ahead between you and the people close to you who might not understand.

That being said, there are tough convos to be had between stoners as well. Weed isn’t a cure-all, and it certainly doesn’t just get endlessly better the more you smoke. It might feel like that, but keep loading a bowl back to back to back to back to back and tell me that the high didn’t plateau halfway through. Such is the case in the long term as well! Tolerance is nice when you can hold your own smoking with anyone, but it’s a blessing and a curse. Let’s look into why a  tolerance break isn’t the worst thing in the world and the upsides to taking some time off. 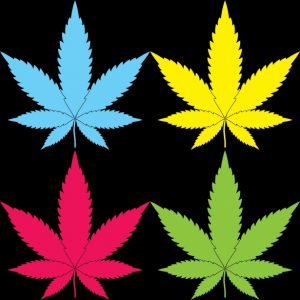 First things first, the one thing that should attract even the stoniest among us: weed is gonna knock your socks off next time you smoke. Giving your system a rest from getting high means quite the shock when you dive back in. Talk about cheap thrills! While smoking regularly isn’t going to throw you off (it might even help you regulate your emotions), you usually need a t-break because your tolerance is too high, in the least. Plus, it will allow you to be able to get more bang for your buck, technically speaking. Everything is better in moderation, even if that looks a little different in everyone’s case. Taking time off can help you rebalance your habit.

Story time! I didn’t smoke for about half a year during a job search, and decided a good welcome back to the world of smoking would be me taking three dabs in a row. This naturally led to me forgetting where I was despite being in my own home and subsequently puking Japanese ramen all over our living room rug. Super fun. Maybe don’t go quite that hard.

The effects of weed are different for everyone, but there are some common side effects of prolonged use that are self-reported by plenty of smokers. One thing I hear quite often and have experienced myself firsthand is a loss of motivation. I’m not saying that weed hasn’t helped me block out distractions and get into the flow of work, but my willingness to take big steps and put forth more effort to make changes in my life is greatly diminished after months of smoking regularly. I’ve taken many t-breaks in my life, and this is a recurring factor that I use as a good red flag for when I need to pump the brakes.

In terms of my daily mental state, there’s a certain fogginess that I’ve found present most days that I smoke, and often the following day. It’s easy to discount this when the difference between a little fogginess and a hangover is so great, but we become conditioned to this! When good sleep and some caffeine can usually do the trick, it’s often negligible, but the clarity of mind that you have after weeks or especially months of not smoking is incredible! I feel as though taking time away from smoking weed helped me analyze my thoughts better, both in the present and from the past when I was high more often. Sometimes you get a little lost in the sauce unknowingly, and it’s never a bad idea to take a step back and reassess your mindset. 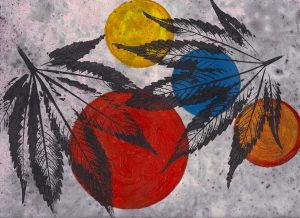 Being so familiar with this plant has given me an appreciation for both sides of the coin. When I first began to experiment with marijuana, it helped stretch my brain to understand different perspectives. It gave me a renewed vigor for life and the Earth I lived on. The interesting thing is, I could say the exact same for taking a break! Whereas I was lucky to see the benefits of mind-altering plants in the first place, I now feel an intense appreciation for the natural sobriety we’re born into, despite its pitfalls. Do you see the parallels here?

Bob Marley once said, “when you smoke the herb, it reveals you to yourself.” I’m not one to disrespect my elders, so I’m going to wholeheartedly agree. But there is a duality to experiences in life, and smoking weed is naturally similar in that sense. The choice you make to balance sobriety and recreational smoking can reward you with a more dynamic understanding of its role in your life! I found myself more appreciative of many parts of myself that I’ve faced throughout my experience with weed, and I would bet you will too.